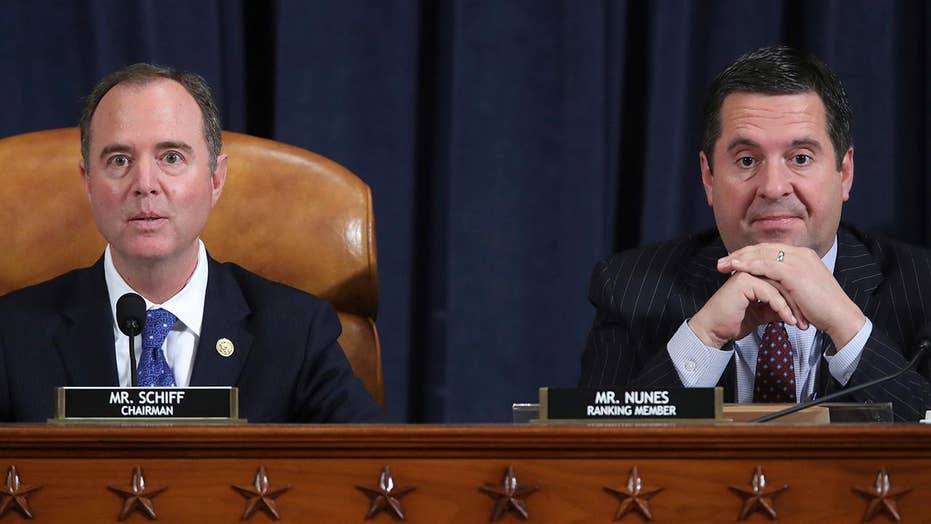 House Republicans delivered a point-by-point rebuttal Monday to Democrats’ impeachment efforts, claiming in their own report that the evidence collected in the inquiry to date does not support the accusations leveled against President Trump -- or rise to the level of removal from office.

“The evidence presented does not prove any of these Democrat allegations, and none of the Democrats’ witnesses testified to having evidence of bribery, extortion, or any high crime or misdemeanor,” Republicans said in a 123-page report, timed to be made public ahead of the majority Democrats’ impeachment report.

“The Minority’s rebuttal document, intended for an audience of one, ignores voluminous evidence that the president used the power of his office to pressure Ukraine into investigating his political rival by withholding military aid and a White House meeting the President of Ukraine desperately sought. In so doing, the President undermined our national security and the integrity of our elections," Schiff said. “Tellingly, the Minority dismisses this as just part of the President’s ‘outside the beltway’ thinking. It is more accurately, outside the law and constitution, and a violation of his oath of office.”

The dueling narratives are emerging following two weeks of House Intelligence Committee hearings, where witnesses detailed their own knowledge of efforts to pressure Ukraine to launch political probes as U.S. aid was withheld over the summer. The committee is set to vote on Democrats’ final report Tuesday – likely to be another party-line moment – before transmitting that document to the Judiciary Committee, which holds its first public hearing Wednesday. 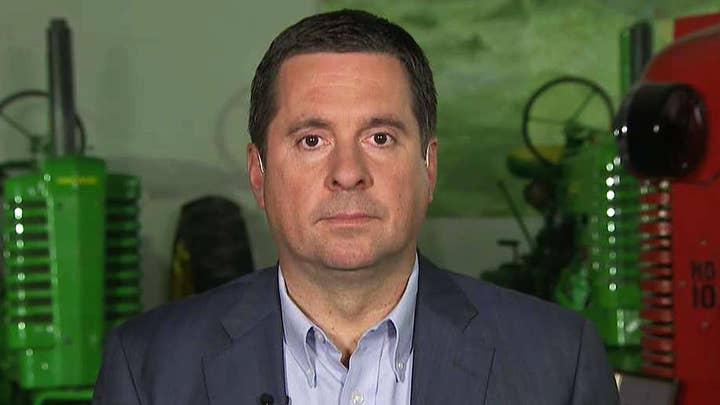 “The Democrats’ impeachment inquiry is not the organic outgrowth of serious misconduct; it is an orchestrated campaign to upend our political system,” the Republicans wrote.

They added: “This impeachment inquiry and the manner in which the Democrats are pursuing it sets a dangerous precedent.”

At the center of the impeachment inquiry, which began in September, is Trump’s July 25 phone call with Ukrainian President Volodymyr Zelensky, in which he asked for an investigation into Joe Biden’s efforts to oust a prosecutor who had been looking into Ukrainian natural gas firm Burisma Holdings, where son Hunter Biden served on the board. That call prompted a whistleblower complaint, and, in turn, the impeachment inquiry. 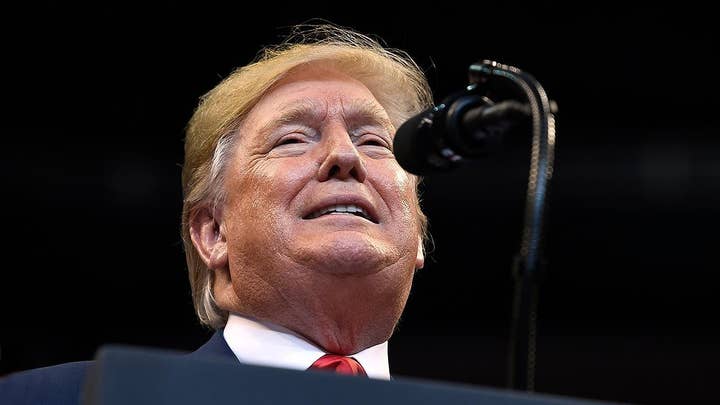 The president’s request to Zelensky came after millions in U.S. military aid to Ukraine had been frozen, which Democrats and witnesses have claimed shows a “quid pro quo” arrangement. Trump has denied any wrongdoing, and Republicans have defended his position.

In their report, Republicans argued the evidence found throughout the impeachment inquiry “does not establish that President Trump pressured Ukraine” to investigate the Bidens “for the purpose of benefiting him in the 2020 election.”

Nunes, Jordan and McCaul argued that a July 25 call summary released by the White House “does not reflect any improper pressure of conditionality to pressure Ukraine to investigate” Joe Biden, noting that “President Zelensky has publicly and repeatedly said he felt no pressure to investigate” the president’s “political rival.”

Republicans specifically claimed that there was no evidence to support the accusation that Trump withheld a meeting with Zelensky to pressure Ukraine to investigate the Bidens for his 2020 re-election benefit. They noted that the president “extended an invitation to the White House to President Zelensky on three occasions without conditions,” and that the two eventually met in the U.S. during the United Nations General Assembly in September “without any Ukrainian action to investigate” the Bidens.

Ambassador to the European Union Gordon Sondland, however, described the initial withholding of a Trump meeting as a clear “quid pro quo” in his testimony last month.

Sondland also testified that the linkage to the aid was as obvious as “two plus two equals four” – while acknowledging he never heard either condition from Trump himself.

Schiff and fellow Democrats argue the evidence of wrongdoing is overwhelming. 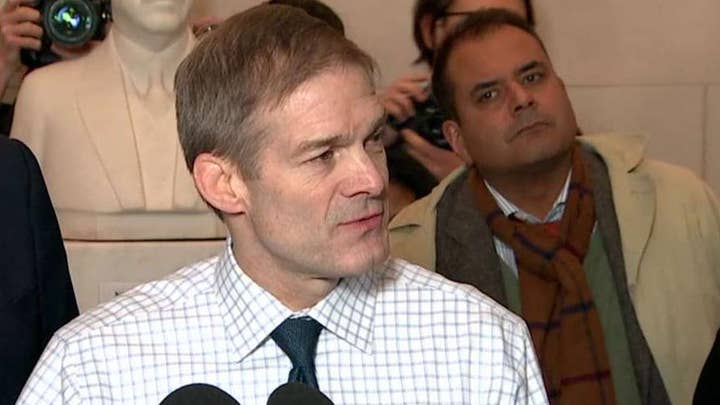 “The fact that Republicans may be derelict in their duty does not relieve us of our obligation to uphold and defend the Constitution,” Schiff tweeted last week.

"If the President thinks the call was 'perfect' and there is nothing to hide then he would turn over the thousands of pages of documents requested by Congress, allow witnesses to testify instead of blocking testimony with baseless privilege claims, and provide any exculpatory information that refutes the overwhelming evidence of his abuse of power," he said in a statement.

Democrats have argued that the aid was only delivered because the administration got caught withholding it.

Still, Republicans have repeatedly pointed to the fact that the Ukrainians eventually got the aid – and a meeting – to counter any bribery accusations. Nunes, Jordan and McCaul wrote that the evidence “does not establish” that Trump withheld military aid to extract a probe regarding the Bidens, noting that the president “has been skeptical about U.S. taxpayer-funded foreign assistance,” and has been “clear and consistent” in his view that Europe should “pay its fair share for regional defense.”

The GOP report also defended Trump’s decision to remove then-U.S. ambassador to Ukraine Marie Yovanovitch from her post, noting he had the “constitutional authority” to do so. And the report defended Trump’s personal attorney Rudy Giuliani, stating he “did not violate the law or harm national security.”

Meanwhile, Nunes, Jordan and McCaul went on to defend the president’s interest in Hunter Biden’s role, saying that “there are legitimate concerns” surrounding his position on the board during Joe Biden’s role in leading Ukraine policy during the Obama administration. They also said Trump’s concerns are “valid,” and recalled previous witness testimony revealing that “the Obama State Department noted concerns about Hunter Biden’s relationship with Burisma in 2015 and 2016.”

As for Democrats’ allegations of an attempted “cover-up” and obstruction by the president – allegations that could relate to potential articles of impeachment -- Nunes, Jordan and McCaul noted that Trump “declassified and released publicly” the summary of his July 25 phone call with Zelensky and released a redacted version of the whistleblower complaint.

Democrats, they charged, “have engaged in an abusive process toward a pre-determined outcome.”

“The impeachment of a president is one of the gravest and most solemn duties of the House of Representatives,” they wrote. “For Democrats, impeachment is a tool for settling political scores and re-litigating election results with which they disagreed.”