A 24-year-old Honduran national who has been charged with the murder of a Florida man reportedly entered the U.S. illegally claiming to be an unaccompanied minor.

The New York Post reports that Yery Noel Medina Ulloa was arrested in early October in Jacksonville, Florida after he was found covered in blood and was charged with the death of Francisco Javier Cuellar, a father-of-four who had taken him in.

Ulloa was 23-years-old when arrested but has since turned 24.

The Post reports that on Oct. 13 authorities learned that he had told border authorities in Texas earlier this year that he was a teenager named Reynel Alexander Hernandez.

The Biden administration is not removing unaccompanied children under Title 42 public health protections and has instead been processing them into the country and uniting them with sponsors when possible. The Post reported that Ulloa was placed in a shelter, given a Notice to Appear and released.

An ICE spokesman confirmed to Fox News that ICE had filed an immigration detainer on Ulloa on Oct. 13, who it said was an unlawfully present citizen of Honduras, following his arrest in Jacksonville for murder.

Immigration detainers are lodged by ICE with law enforcement on individuals arrested on criminal charges who ICE has probable cause to believe are deportable non-citizens. Detainers request that law enforcement notify ICE in advance of release and hold them until ICE can take custody of them.

Florida Gov. Ron DeSantis office told the Post that it is investigating how Ulloa arrived in Jacksonville. 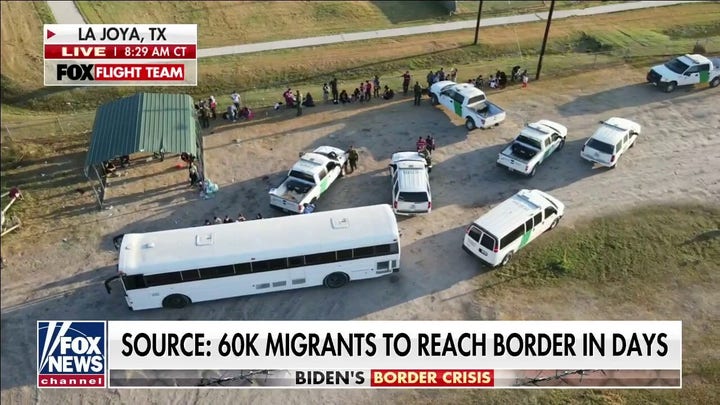 "This horrific crime is the latest example of how unfettered illegal migration costs Floridians’ lives," DeSantis’ office told The Post.

"If not for the Biden Administration’s unlawful ‘catch and release’ policy, Mr. Cuellar would still be alive today.

The warrant for Ulloa’s arrest said that he was found near a lake covered in blood leading to Cuellar’s body, and that home security cameras showed him stabbing the victim numerous times. He later confessed to a friend, the warrant says.

A Border Patrol source told Fox News that such an incident was not a surprise given how difficult it can be to verify the ages of those claiming to be unaccompanied minors.

"Not one person in the BP will be surprised by this," the source said. "Since the big rushes in 2019 and currently we have no way to verify most of the information these people offer.  If they have not been encountered before, their fingerprints tell us nothing."