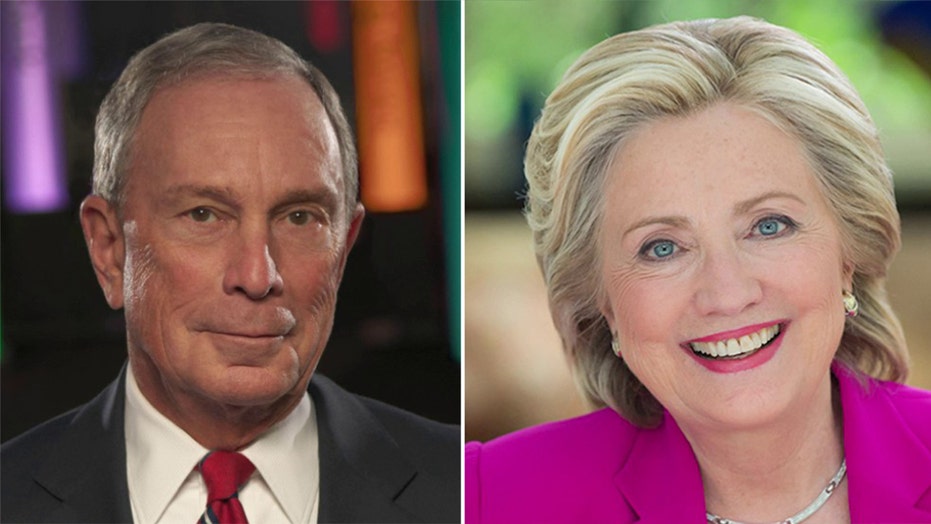 Former Secretary of State Hillary Clinton on Tuesday reportedly shut down rumors that she might consider serving as Michael Bloomberg’s running mate if he were to win the Democratic presidential nomination.

"Oh no! I'm just waiting and watching as this plays out. I will support whoever the nominee is,” she told the moderator while in Puerto Rico for a Clinton Global Initiative event.

Last week, the 2016 Democratic nominee played down the idea that she could be a vice presidential pick, telling Ellen DeGeneres on her show, "Well, that's not going to happen, but no.”

In the interview last Thursday she clarified, “I never say never because I do believe in serving my country -- but it's not going to happen,” citing when former President Obama asked her to be his secretary of state after their hard-fought primary race in 2008.

Clinton, who lost the 2016 general election to Republican Donald Trump, posited during the interview that Trump's behavior as president underscores the double standard female candidates face.

"We've got one of the most emotionally acting-out people ever in the history of our country in the White House and I don't hear anybody saying, 'He's just too emotional,'” Clinton said, referring to a common critique of female politicians.

Last November, she told the BBC that “many, many, many people” were pressuring her to think about running for president again, but added, “I, as I say, never, never, never say never. ... But as of this moment, sitting here in this studio talking to you, that is absolutely not in my plans."

If she did enter the race as a presidential candidate, she would face an uphill battle, having already missed primary voting in several states and the deadline to be on the Democratic ballot in most others.