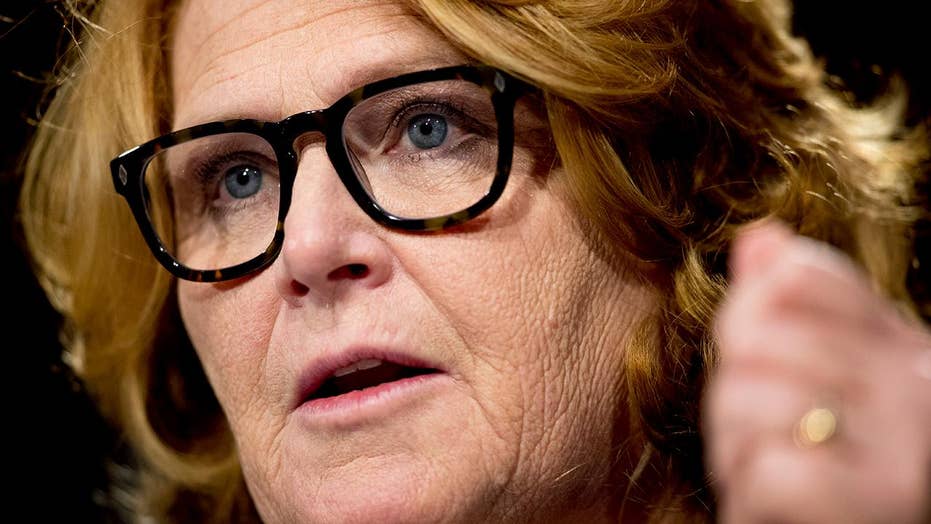 North Dakota Democrat Sen. Heidi Heitkamp says she will personally apologize to women she mistakenly identified in a campaign ad as victims of domestic violence, sexual abuse and rape.

U.S. Sen. Heidi Heitkamp, D-N.D., is facing criticism after apperently sharing a World War II veteran’s photo without his permission, merely a week after she was forced to apologize for publicly naming victims of domestic violence and sexual abuse in an attack.

Heitkmap wrote in a now-deleted Facebook post about her encounter with Lynn Aas, a World War II veteran she met last year when helping to present him the Legion of Honor by France for his service during the war.

Heitkmap wrote in a now-deleted Facebook post about her encounter with Lynn Aas, a World War II veteran, she met last year when helping to present him the Legion of Honor by France for his service during the war.

Her social media post describes his service during WWII and his life in North Dakota. The post was accompanied with the photo of Aas in the post, thought it was part of the link she shared from a local station.

“Lynn is not happy that Heidi did this. We have posted a comment requesting that it be taken down,” David Aas, Lynn’s son, told SayAnythingBlog, a local blog covering North Dakota’s politics.

“Lynn wants to make it clear that no one from the Heitkamp campaign contacted him to ask for permission for this, and he does not want this to be viewed as an endorsement of her campaign,” he added.

"Lynn wants to make it clear that no one from the Heitkamp campaign contacted him to ask for permission for this, and he does not want this to be viewed as an endorsement of her campaign."

The post was deleted Wednesday. The Heitkamp office pushed back against criticism, saying they merely shared a link of a news story that automatically grabbed the photograph of the veteran.

"This story is wrong and is gutter politics at its worst. A link to a local news article was posted on Sen. Heitkamp's Senate Facebook page about a ceremony she participated in last year for a WWII veteran to highlight a recognition he earned. An individual photo was not posted. The way social media works is that if you post a link to an article, the photo in the article also shows up in the post. Let's talk about facts rather than distortions or political games. We took the post of the article down after the veteran's son asked us to via Facebook," said Abbie McDonough, Heitkamp's U.S. Senate communications director.

"In fact, at the event, Mr. Aas joked with Sen. Heitkamp that he liked her, but isn't going to vote for her. They both shared a laugh, and she retold the story at the event. In North Dakota, you can still recognize the service of an honorable man from a different political party without playing politics. Sen. Heitkamp will continue to work to make sure all veterans have the support, resources, and recognition they deserve and earned – despite others playing politics with our nation’s veterans," she added.

The supposed blunder comes in the wake of Heitkamp’s final push to save her Senate seat, as the latest Gray Television poll shows Republican Kevin Cramer leading Heitkamp by 16 points.

The Democrat is currently campaigning with former U.S. Senator and Secretary of Defense Chuck Hagel of Nebraska, who touted Heitkamp’s record on veterans issues.

But the mistake also follows a controversy last week when a Heitkamp ad publicly named victims of domestic violence and sexual abuse without their permission or even knowledge.

Keeley Beck, one of the women who was included in Heitkamp’s ad, told Fox News on Tuesday that she “didn’t even know what it was about initially” when she learned that her name was on the list.

Most women who were erroneously included on the list had a mutual friend who supported the open letter, Beck said. But she said she never gave permission to add her name and “didn’t even click the link” to open the letter at first. 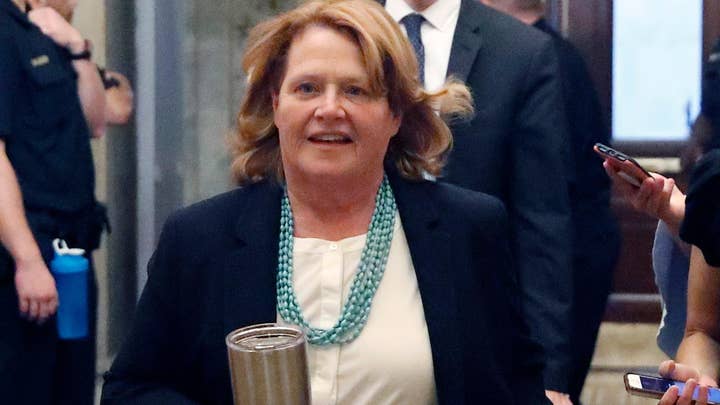 “I’m angry. Everyone has a story and they should be able to be the person to tell it if they choose to,” Beck said.

Heitkamp released a statement apologizing for the gaffe.

“We recently discovered that several of the women’s names who were provided to us did not authorize their names to be shared or were not survivors of abuse,” her statement read. “I deeply regret this mistake and we are in the process of issuing a retraction, personally apologizing to each of the people impacted by this and taking the necessary steps to ensure this never happens again.”