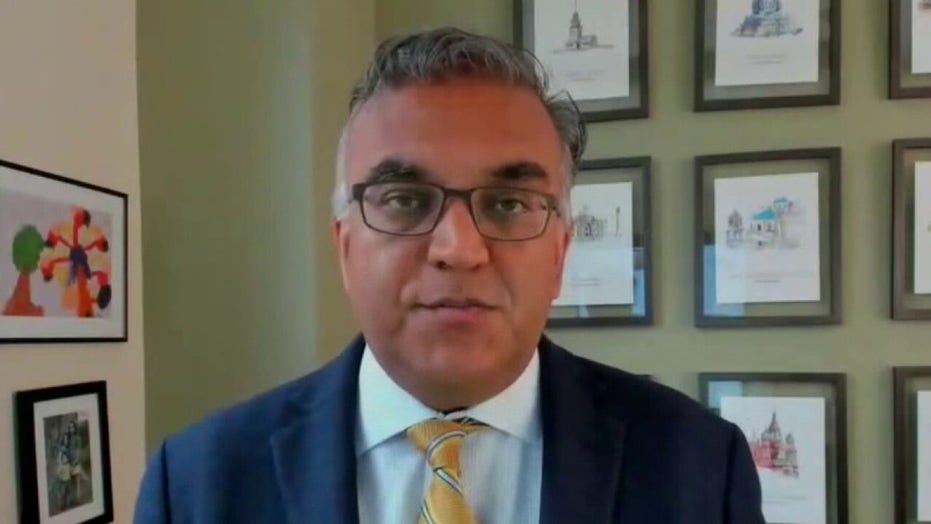 Dr. Ashish Jha, director of the Harvard Global Health Institute, predicted there is a likelihood that a coronavirus vaccine will be available in early 2021, but cautioned that it may not be 100 percent effective.

Jha told "Fox News Sunday" that he was encouraged by developments in vaccine creation in the U.S., Europe, and China, and but said even if a vaccine is made available, it may not completely immunize people from COVID-19.

WHO'S FIRST IN LINE FOR A CORONAVIRUS VACCINE? NEW INFO SHOWS PRIORITIZATION FARUGHT WITH PERIL

"Vaccines, I am very optimistic we’re going to have one in early 2021. The challenge here,” Jha said, “is that there are seven-plus billion people in the world. And there is going to be a race to vaccinate everybody, we’re going to need billions of doses."

He continued: "And I’m very worried about supply chains, about having enough vials and syringes, and all the stuff."

Jha said that due to the high demand, it may take until next spring or summer before everyone in the U.S. will be able to get vaccinated.

Jha was also encouraged by the number of possible vaccines in development, noting there are currently more than a dozen in clinical trials. He said he expects China to be the first to have one, possibly in the fall, but that there will likely end up being multiple vaccines that work.

At the same time, Jha noted that a COVID-19 vaccine may not be the sort of shot that keeps people from ever getting the illness at all and that it may not last forever. He also said that this was not necessarily a problem.

“My hope is that we’ll have a vaccine that will at least stop you from getting very sick from the virus," he said. "So you may still get a mild disease but you won’t get very sick. Also, it might be the kind of vaccine where you need to get one every year. But that’s fine, I get my flu shot every year, if I have to get a COVID shot every year, that’s fine.”

As far as treatment for those who already have COVID-19, Jha was less optimistic that there will be a drug that people can easily take to alleviate symptoms. While there are certain drugs that have had success in patients who are very sick, he does not anticipate there being a pill that people can take to get better.

"I would love to be wrong,” he said, “but the history of antiviral therapy is not a glorious one. We just have not been able to come up with oral drugs that work super well."

Jha also addressed the rising number of cases across the country. He blamed this in part on some states reopening too early and not following federal guidelines for a gradual reopening process, as well as "mixed messaging on masks and social distancing."

The doctor said he was concerned by the scene of people without masks attending President Trump's speech at Mt. Rushmore over the holiday weekend, where social distancing was not practiced.

"Those are just risky things," Jha said about such gatherings, adding that President Trump should "stick with the science" in getting people to take precautions. He did note that "outdoors is better than indoors, so I was happy to see that."

Jha said the country is currently facing a "perilous moment," and that some states must be "very aggressive" in combating spikes. He said that going back to "shelter in place" practices "should absolutely be the last thing that you want to get to," but said that if the virus is not under control it will be "very hard to keep schools open."

While cases numbers have increased, death counts have not followed the same trends. Jha said that this could be due to several reasons.

Death statistics often lag behind case numbers because it takes time for people to get sick and die from the disease. At the same time, he noted that doctors are getting better at treating people, so some patients may still be quite sick, but will ultimately survive. There have also been reports that many of the new cases are younger people, who typically do not get as sick.