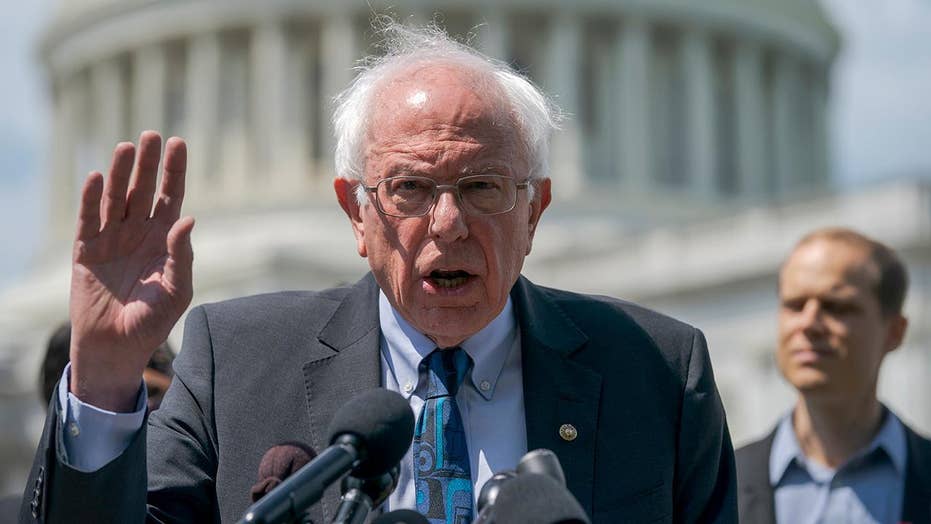 A burst of new polls suggests the first round of Democratic presidential nomination debates has reshaped the race among some two-dozen White House hopefuls.

The polls – a Quinnipiac University national poll released Tuesday afternoon, a USA Today/Suffolk University survey in Iowa and a CNN/SSRS national poll – indicate a big boost for Sen. Kamala Harris of California and a narrowing of the lead front-runner Joe Biden has enjoyed since the former vice president launched his White House bid just over two months ago.

The surveys also point to a drop in support for Sen. Bernie Sanders of Vermont, who fell from his second-place perch to fourth.

The Quinnipiac poll showed Biden at 22 percent, down 8 points from the outfit's prior poll in June. Harris, meanwhile, soared from just 7 percent to 20 percent in the latest survey, putting her in a statistical tie with the Democratic powerhouse. Massachusetts Sen. Elizabeth Warren held steady at 14 percent, while Sanders slipped 6 points to 13 percent.

Sanders, while mounting a fiery defense of big-government programs like "Medicare-for-all" at the Miami debate, was in large part overshadowed by the on-stage presence of Harris -- whose clash with Biden over his civil rights record put the primary front-runner on his heels. 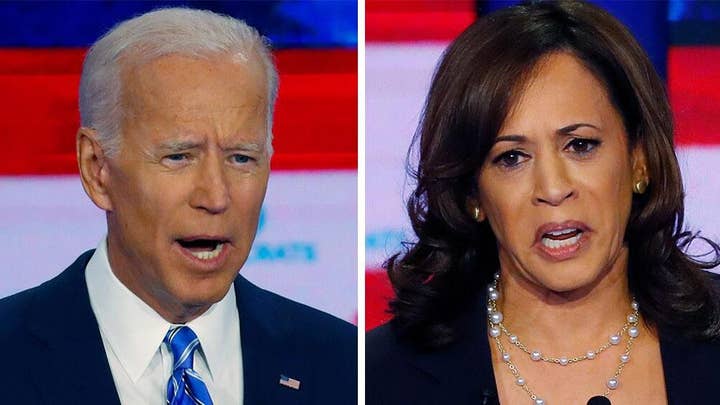 In that confrontation, she challenged Biden over his opposition four decades ago to federally mandated desegregation busing – during which she recalled her own story of being bussed as a child.

While Biden defended his voting record, Harris' campaign deftly sought to capitalize on the clearly planned confrontation -- tweeting moments afterward a picture of Harris as a child featuring her onstage quote, “That little girl was me,” and selling $30 shirts emblazoned with the same.

The tensions have lingered on the campaign trail ever since, and at the very least the moment has elevated Harris' candidacy.

According to the survey out of Iowa, the state that votes first in the primary and caucus calendar, 24 percent of voters likely to take part in next February’s Democratic caucuses said they back Biden. But Harris jumped into second place, at 16 percent. Warren stood in third place at 14 percent support. Sanders was in fourth place, at just 9 percent.

South Bend, Indiana Mayor Pete Buttigieg – a one-time long-shot who zoomed into contender status the past three months – stood at 6 percent. No other candidates topped 2 percent in the survey.

The new Iowa poll was conducted Friday through Monday, following the debates, which showcased 10 candidates a night on Wednesday and Thursday of last week.

It was a similar story in CNN’s national poll, with Biden at 22 percent support, down 10 points from the network’s survey a month earlier. Harris stood in second at 17 percent, up 9 points. Warren was at 15 percent, up 8 points from a month earlier, with Sanders at 14 percent, down 4 points. Buttigieg stood at 4 percent, with no one else topping 3 percent in the survey. He registered at the same amount in the Quinnipiac poll.