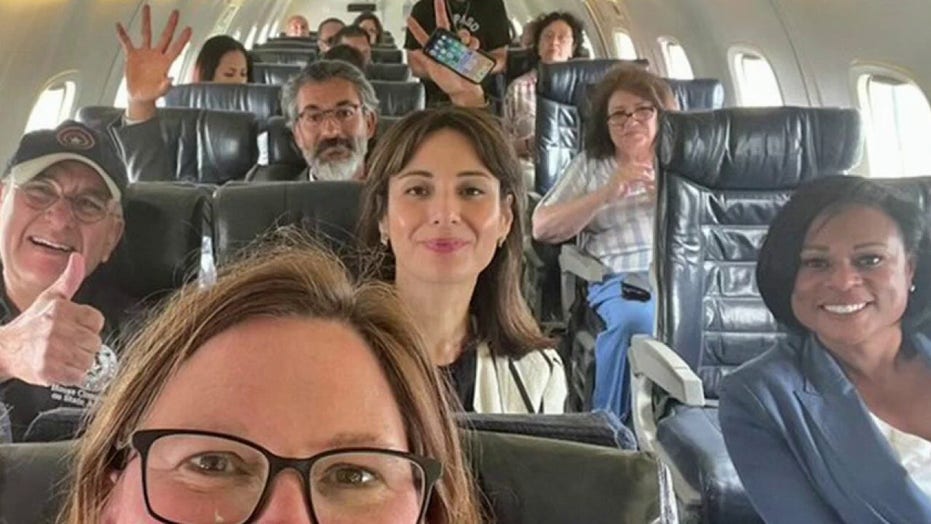 David Spunt reports from the White House and Dr. Marc Seigel reacts to Texas democrats testing positive for the coronavirus

The visit to the Bethesda, Maryland, hospital comes after she met with Texas Democratic lawmakers on Tuesday. Three of the Democrats had tested positive for coronavirus,  with one testing positive Friday night and two others Saturday morning.

Fox News asked Harris' office if the vice president is showing any symptoms of COVID-19 but they did not immediately respond.

On Saturday, Harris spokesperson Symone Sanders said that Harris had not been in close contact with the infected lawmakers.

"Based on the timeline of these positive tests, it was determined the Vice President and her staff present at the meeting were not at risk of exposure because they were not in close contact with those who tested positive and therefore do not need to be tested or quarantined," Sanders said in a statement, adding that Harris and her staff have been fully vaccinated.

The Texas House Democratic Caucus confirmed the positive tests on Saturday, stating that the other caucus members and their staffs all tested negative.

"The House Democratic Caucus is following all CDC guidance and protocols. This is a sober reminder that COVID is still with us, and though vaccinations offer tremendous protection, we still must take necessary precautions," Caucus Chairman Chris Turner said in a statement.

The Texas Democrats went to D.C. on a private flight as they abandoned a special session of the state legislature in order to prevent a vote on a new voting reforms. Tuesday morning, the Texas House members who are still in the state passed a Call of the House motion that requires all members to appear – those who fail to do so can be arrested and brought to the state capitol.

When the Democrats, who were already in D.C. at the time, did not show up, they became subject to arrest to be taken to the capitol. Gov. Greg Abbott said that because they left the current special session, he would "continue calling special session after special session because overtime is going to continue until they step up to vote."