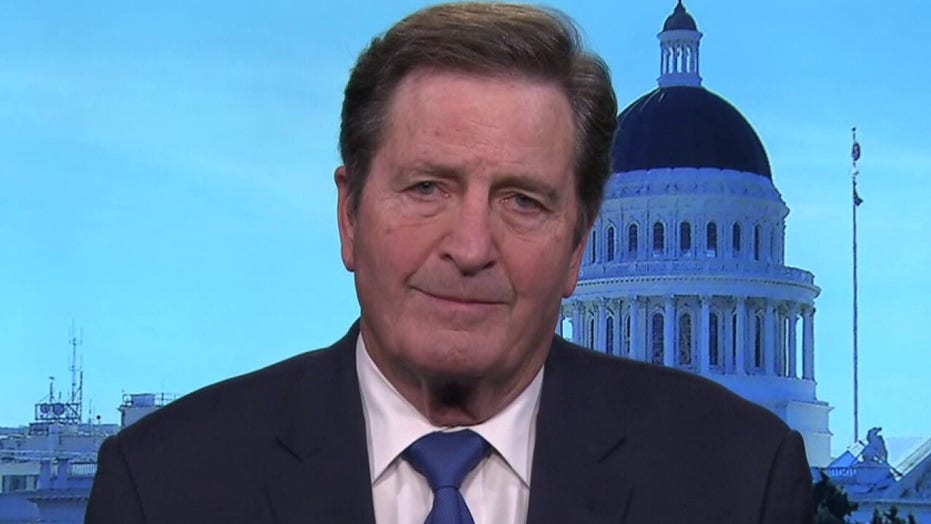 Member of the House Armed Services Committee Rep. John Garamendi, D-Calif., discusses the legacy of Supreme Court Justice Ruth Bader Ginsburg on women and the LGBT community in the United States after her death.

“Justice Ginsburg was a titan—a relentless defender of justice and a legal mind for the ages,” Harris wrote in a tweet that included a picture of the California lawmaker with her husband, Doug Emhoff, in front of the Supreme Court.

Her death is expected to cause intense partisan fighting as Senate Republicans vow to fill the newly vacated Supreme Court seat as quickly as possible.

White House Communications Director, Alyssa Farah, confirmed in an interview with Fox News Saturday, that the GOP will "move in Trump time" to fill the vacancy – attempting to get a Senate vote on a nominee prior to the November general election.

“The stakes of this election couldn’t be higher. Millions of Americans are counting on us to win and protect the Supreme Court—for their health, for their families, and for their rights,” Harris added in her tweet.

Democrats have said that a new justice should not be confirmed before the American people have voted on their next president, echoing the GOP stance in 2016 after the death of Justice Antonin Scalia.

But President Trump and Senate Majority Leader Mitch McConnell have said they will push forward with securing the Supreme Court justice seat as quickly as possible.