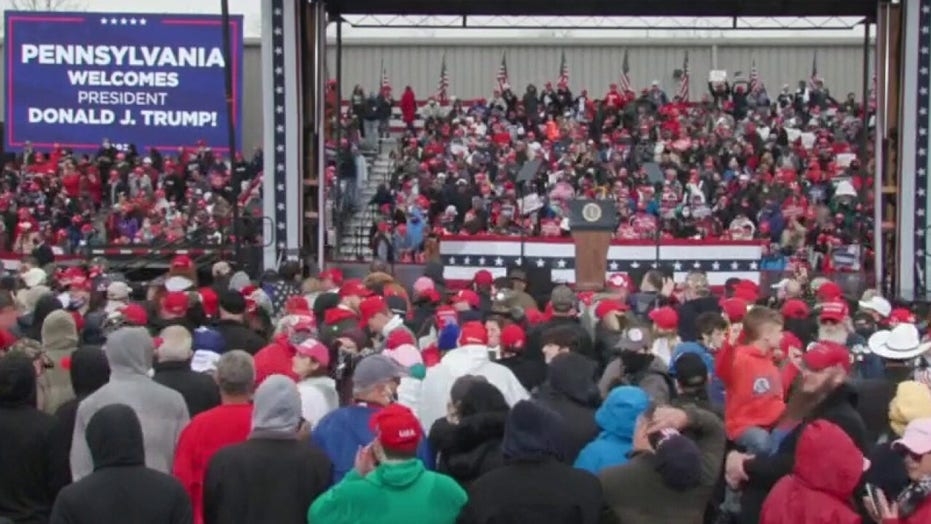 Trump wants to ‘prove the polls wrong’ in Pennsylvania: Pavlich

Katie Pavlich weighs in on the importance of suburban voters ahead of Trump’s rally in Allentown, Pa.

Editor Katie Pavlich called Democratic vice-presidential nominee Sen. Kamala Harris "the most far-left Democrat in Washington, D.C.," and said Joe Biden picked her to "make sure that the left wing of the party felt comfortable" that they would have a voice in his administration.

During an interview Monday on "America's Newsroom," the Townhall.com editor also pointed out that, instead of explaining her policies, the California senator "just laughed about it and didn’t give any details" during an interview with CBS News anchor Norah O’Donnell that aired Sunday.

"Sen. Harris tends to think that she can laugh her way through serious questions in the very limited number of interviews that she or the former vice president [Joe Biden] gives to the American people," said Pavlich on Monday.

"There is a very serious question in America about the way forward in terms of each of these campaigns presenting different paths of capitalism, free markets versus a socialist bent in the left wing of the Democratic Party," she said.

Harris laughed when asked during an interview Sunday if she would advocate for a "socialist or progressive perspective" if elected.

O’Donnell asked Harris the question during a "60 Minutes" interview with her and the Democratic presidential nominee Joe Biden.

Citing a 2019 ranking from the nonpartisan organization GovTrack, O’Donnell told the vice-presidential hopeful that she is "considered the most liberal United States senator." She said that Harris has supported the Green New Deal, Medicare-for-all and legalizing marijuana, all policies that Biden has yet to back.

O'Donnell then asked if Harris would bring all of those progressive policies into a Biden administration.

"What I will do, and I promise you this, and this is what Joe wants me to do, this was part of our deal, I will always share with him my lived experience as it relates to any issue that we confront," Harris said.

Harris was then asked if that was a socialist or progressive perspective, leading her to pause for a moment before cracking up.

"No. No," she said while laughing. "It is the perspective of, of a woman who grew up a Black child in America, who was also a prosecutor, who also has a mother who arrived here at the age of 19 from India. Who also, you know, l -- likes hip hop."

On Monday, Pavlich went on to say, "When [Harris] says that she has a deal with the former Vice President Joe Biden if they were to win the White House, she’s talking about presenting policy positions. She’s not just talking about presenting her personal preferences based on her own personal history of growing up in America. This is about policy, not about necessarily what she claims in that interview."