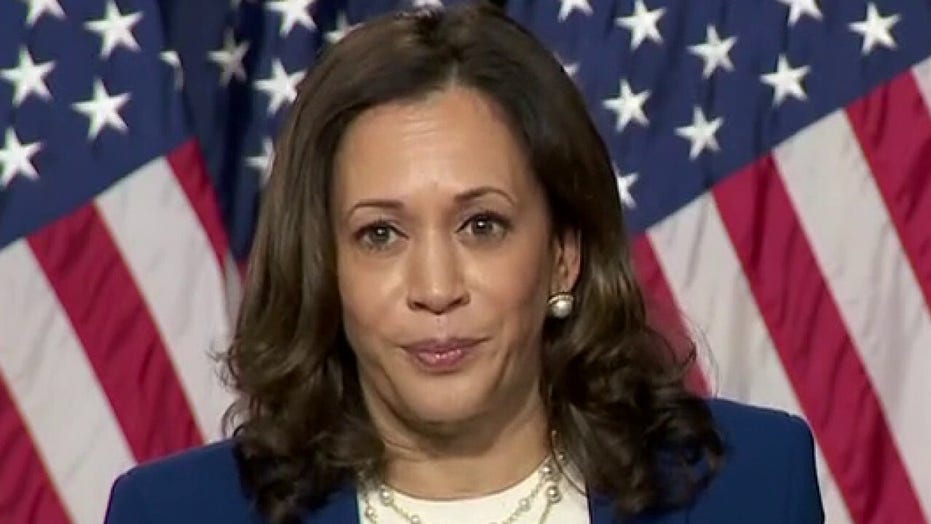 Minutes after she was formally introduced by presumptive Democratic presidential nominee Joe Biden as his running mate, Sen. Kamala Harris latched on to the traditional attack dog role of the number two on a national ticket and began to prosecute her case against President Trump.

The senator from California with a rich prosecutorial record as San Francisco district attorney and later California attorney general took aim at the president after she was introduced by Biden at a campaign event in the former vice president’s hometown of Wilmington, Delaware.

“As somebody who’s presented my fair share of arguments in court, the case against Donald Trump and Mike Pence is open and shut,” Harris emphasized.

Taking aim at Trump’s efforts steering the federal government’s handling of the coronavirus pandemic, the senator stressed “just look where they’ve gotten us. More than 16 million out of work. Millions of kids cannot go back to school. A crisis of poverty and homelessness afflicting Black, Brown and indigenous people the most. A crisis of hunger inflicting 1 in 5 mothers who have children who are hungry and tragically more than 165,000 lives that have been cut short, many with loved ones who never got the chance to say goodbye.”

And she highlighted that “this virus has impacted almost every country but there’s a reason it hit America worse than any other advanced nation. It’s because of Trump’s failure to take it serious from the start.”

While facing a chorus of criticism that he initially downplayed the severity of the pandemic and then botched the national response to the coronavirus, the president has repeatedly praised his efforts.

Harris also hit the president on his wheelhouse – the economy – saying “the president’s mismanagement of the pandemic has plunged us into the worst economic crisis since the great depression.”

She charged that Trump “inherited the longest economic expansion in history from Barack Obama and Joe Biden and then – like every thing else he inherited – he ran it straight into the ground. Because of Trump’s failure of leadership, our economy has taken one of the biggest hits out of all the major industrialized nations.”

BIDEN, HARRIS, HAUL IN MILLIONS IN FUNDRAISING AROUND ANNOUNCEMENT

The Trump campaign – firing back – tweeted that “Joe Biden presided over eight years of weak wage "growth" that left America's workers behind.”

Mo Elleithee, the founding executive director of Georgetown University's Institute of Politics and Public Service and a Fox News contributor, noted that "Harris is especially effective at going after her opponents. Her experience as a prosecutor, her record in Judiciary Committee hearings, and on the debate stage, she repeatedly showed that she knows how to prosecute the case against her opponents. It’s going to be hugely helpful to the campaign."

And Democratic strategist and communications consultant Lynda Tran added that "it's pretty clear that her prosecutorial background is going to serve her well in this traditional attack role of the vice preisdential candidate."

"Clearly today she was prepared to show off her chops in going after President Trump from the podium."

Harris – who’s making history as the first Black woman to be named the vice presidential nominee of a major national political party -  said she was “mindful of all the heroic and ambitious women before me, who’s sacrifice, determination, and resilience makes my presence here today possible.”

And Biden – in introducing Harris at an event that was carried live by all three major national cable news networks – surmised that “this morning all across this nation little girls woke up, specially little Black and Brown girls, who so often may feel overlooked and undervalued in their communities, but  today, just maybe, they’re seeing themselves for the first time in a new way as the stuff of president and vice presidents."

The former vice president also took aim at Trump over his initial attacks on Harris. 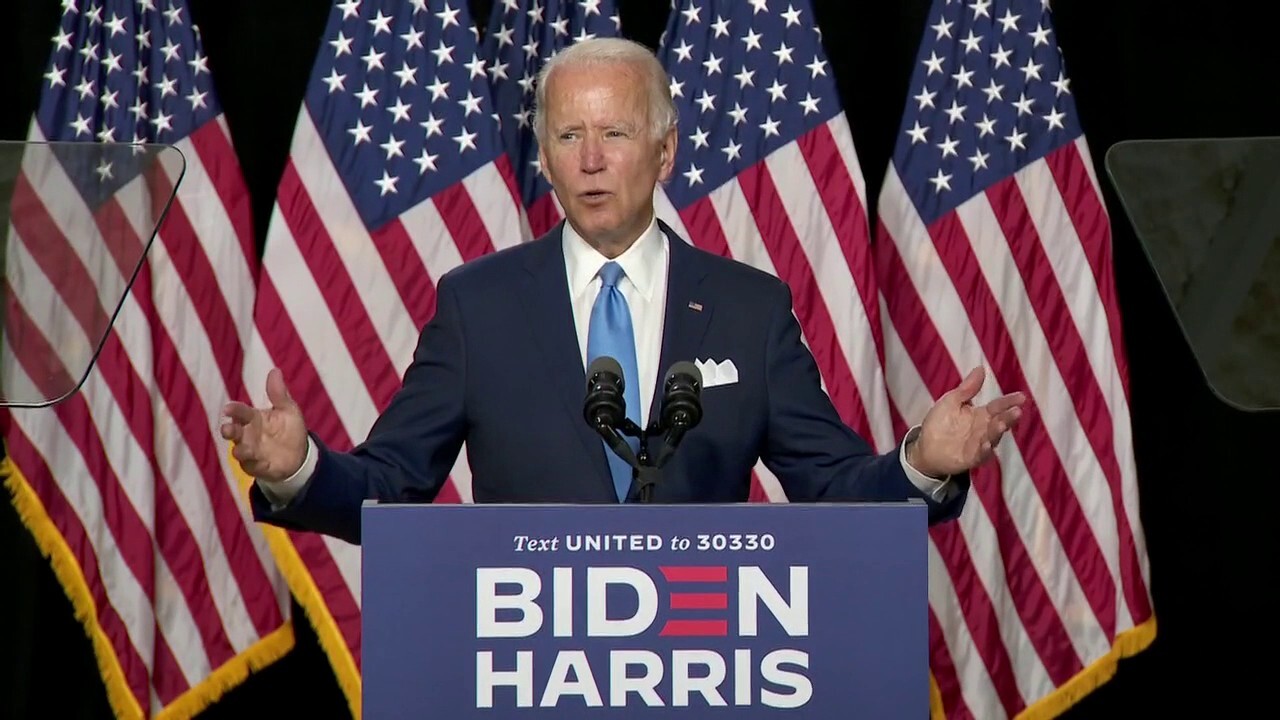 And pointing to female voters – who are the backbone of the Democratic Party and with whom Biden currently holds a large advantage that the Trump campaign is trying to trim – Biden stressed that "Kamala Harris has had your back and now, we have to have her back. She's going to stand with me in this campaign, and all of us are going to stand up for her."

While the stated purpose of Wednesday’s event was to formally unveil the Democratic ticket, the speeches by Biden and Harris also served as coming attraction of how they’ll target the Republican ticket during next week’s Democratic National Convention and beyond during the heat of the general election campaign.