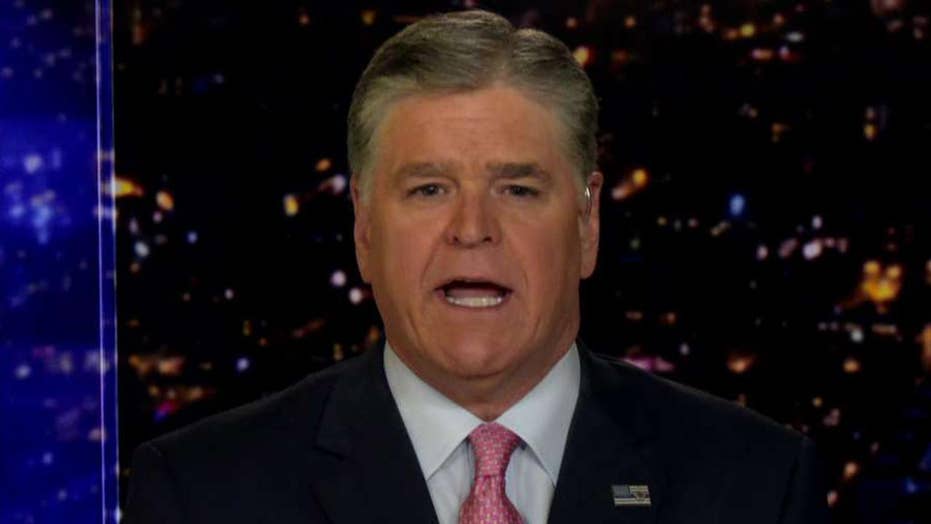 “Hey, Jimbo, you signed a FISA application to spy on Carter Page and the entire Trump campaign. By the way, I have warned you before. You know what, Jim, you have the right to remain silent. I would start using that right,” Hannity said on his nightly program, "Hannity."

The host was reacting to Comey’s claim that he did everything “by the book” when it came to the Russia investigation.

“Yes, no doubt in my mind. That does not mean that I am against review of it. That is totally fine,” Comey responded.

“You play the clip that he said he went by the book. That is also a lie to the American public. James Comey is now swinging these wild haymakers because he knows that very soon he is going down on the canvas for a ten-count,” Jarrett said.

“He is in a deep, serious legal jeopardy," Jarrett continued. "For lying to a FISA court, leaking government documents that he stole, starting an investigation without credible evidence, spying on the Trump campaign and making false statements to Congress.

“I hope that he saved all of the money that he made from that phony book of his. ... Because he will need the money for his defense team. “