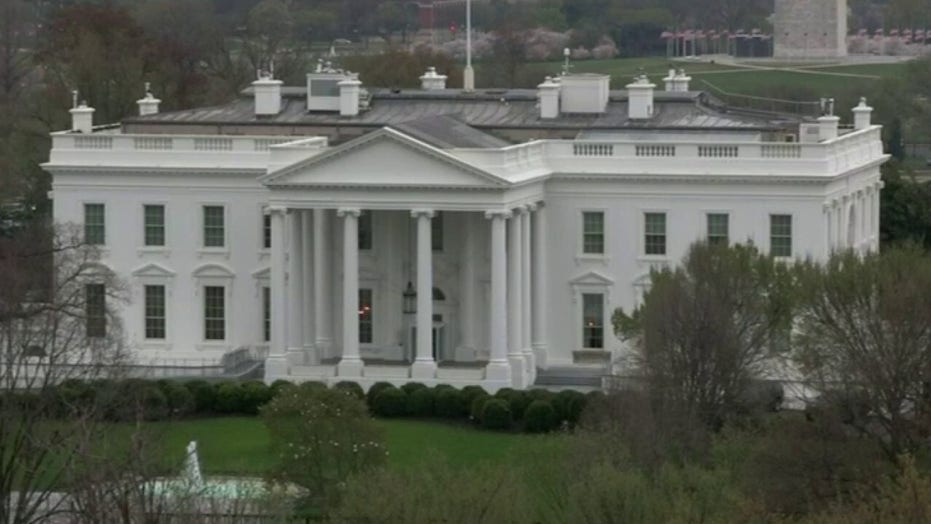 Trump wants to 'reopen' America for business sooner than later

Many of the governors who have played leading roles in managing the U.S. response to coronavirus are suspicious of the prospect of reopening their economies in the near future even as the Trump administration circulated a memo Thursday that signaled it could soon begin pushing for rolled back social distancing measures.

On a conference call with governors Thursday, Trump stressed the need to reopen businesses and to recognize regional differences in the virus’ impact.

“We all have to get smart,” Trump said on the call, audio of which was obtained by The Associated Press. “We have to open up our country, I'm sorry.”

Those comments were followed by the release of a memo by the White House teasing possible new guidelines from the federal government on which localities should be implementing strict social distancing efforts and which should ease restrictions on their citizens.

The memo said the administration was "working to publish new guidelines for State and local policymakers to use in making decisions about maintaining, increasing, or relaxing social distancing and other mitigation measures they have put in place."

"This will incorporate robust surveillance testing, which allows us to monitor the spread of the virus throughout the country,” Trump explained. “Under these data-driven criteria, we will suggest guidelines categorizing counties as high risk, medium risk, or low risk."

Mississippi Republican Gov. Tate Reeves thanked Trump on the Thursday phone call with governors for recognizing that the virus has affected states differently and "one size does not fit all."

"I appreciate you realizing that," Reeves said.

But many other governors, who have ordered schools and businesses closed, implemented "stay-at-home" orders and more, harbored doubts about not just the prospect of reopening the U.S. economy county by county but also about Trump's idea that the U.S. could see a relaxation of its social distancing procedures by Easter, a comment he made on a Fox News virtual town hall Tuesday.

Maryland Republican Gov. Larry Hogan, who has undertaken aggressive social distancing measures, said that his state is "weeks, if not months," away from the peak of the coronavirus crisis.

"I'm not sure ... putting an artificial deadline of saying we're going to get everything open by Easter is unrealistic from all the experts and the scientists that we're talking to," Hogan said in an interview with ABC News. "This idea of somehow without any real data picking high risk versus low risk -- I don't think that's really realistic."

Hogan said that if Trump started calling on states to open up businesses and restart their economies that he wouldn't take any action without looking at the information himself.

"Just messaging, telling people everything's okay when it's not, is not gonna be helpful," Hogan said of Trump's public statements. "Certainly we're not gonna make decisions to send people out if it's not safe."

Maryland Gov. Larry Hogan on Monday, May 13, 2019. The chairman National Governors Association, Hogan has taken on a leadership role in the fight against the coronavirus. (AP Photo/Brian Witte)

Other governors tended to agree with Hogan.

"We are not basing this on hopes or emotions or politics,” Nevada Gov. Steve Sisolak, a Democrat, said Thursday, according to the Las Vegas Sun. “It will strictly be based on medical decisions, medical guidance and statistics."

"We've got to be ready to do what it takes to defeat the coronavirus on the very first try," he said according to the Louisville Courier-Journal. "We are now just seeing the escalation of this virus and to suggest that there is a short duration that we could almost promise people, is not something that we should be doing."

Meanwhile, a spokesman for Pete Ricketts, the Republican governor of Nebraska, told Fox News Friday that the governor appreciated the Trump administration's emphasis on flexibility for states as they fight the coronavirus.

"Nebraska has developed social distancing limitations in consultation with world-renowned public health professionals that we have implemented," said Ricketts' spokesman Taylor Gage. "These limitations also follow federal guidelines outlined by President Trump and the CDC, which give states the flexibility each of us need to wage war against the virus."

Gage continued: "We have received the letter, and are pleased that the President will continue to give states the flexibility we need to slow the spread of the virus. We expect additional guidance from the federal government shortly, and will consider it as we move forward."

The White House's "15 Days to Slow the Spread" guidelines are set to expire on Monday, and the Trump administration has been considering to what extent, if at all, it plans to roll back its social distancing recommendations.

Trump continued his push to reopen the economy soon in an interview on "Hannity" Thursday night.

The president also ruled out canceling the Republican National Convention, which is scheduled for August in Charlotte, N.C.