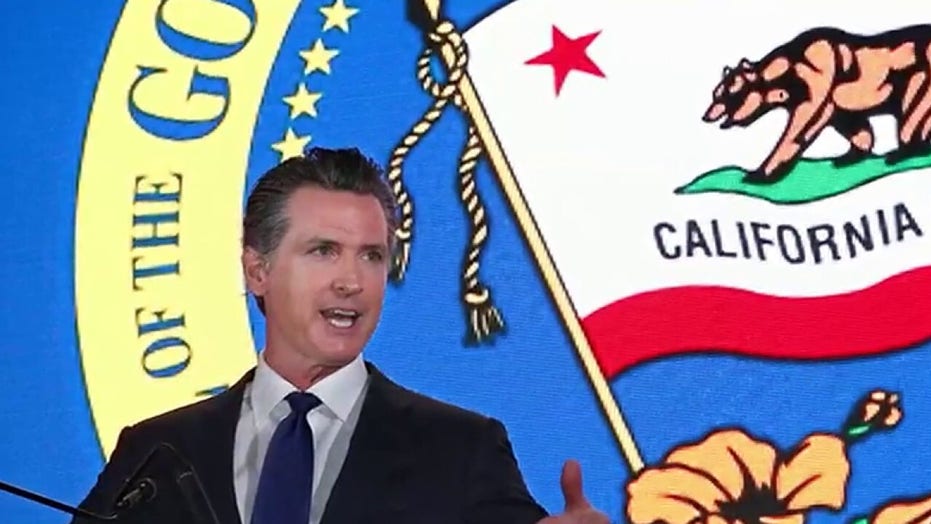 Newsom's order, aimed at allowing voters to avoid exposure to coronavirus, will send ballots to all registered voters including inactive voters. This has led to concerns that ballots sent to people who have moved or died will end up being filled out and submitted anyway unless voter rolls are inspected and cleaned out before ballots are mailed. Many Republicans have expressed concern that Democrats could try using these ballots improperly, to swing races in their favor.

"In a direct usurpation of the legislature's authority, Governor Newsom issued an executive order purporting to rewrite the entire election code for the November 2020 election cycle," read the complaint, filed Sunday in the U.S. District Court for the Eastern District of California. "This brazen power grab was not authorized by state law and violates both the Elections Clause and Electors Clause of the U.S. Constitution."

The lawsuit claimed Newsom "has created a recipe for disaster" by ordering ballots be sent to everyone registered to vote including inactive voters, arguing that "it invites fraud." The Republicans also claimed that by giving Newsom the sole power over determining where and if in-person voting will take place, it will lead to "arbitrary and disparate treatment of individual voters," violating the Fourteenth Amendment's Equal Protection Clause.

As examples of potential foul play, the complaint noted that mailed ballots easily could be intercepted by the wrong parties if they're mistakenly sent to the wrong addresses or if the recipients lived in large residential buildings. Additionally, the Republicans wrote, voters could be susceptible to pressure from others when voting outside the private, secret confines of a voting booth.

The complaint sought an injunction against the order's enforcement and declaratory judgment from the court deeming it unlawful.

"Democrats continue to use this pandemic as a ploy to implement their partisan election agenda, and Governor Newsom’s executive order is the latest direct assault on the integrity of our elections," RNC Chairwoman Ronna McDaniel said in a statement. "Newsom's illegal power grab is a recipe for disaster that would destroy the confidence Californians deserve to have in the security of their vote."

Fox News reached out to Newsom's office for comment but did not get a response.

Former Rep. Darrell Issa, R-Calif., filed his own lawsuit against Newsom over the order last week. Issa, who has been running for former Rep. Duncan Hunter's seat in the wake of his resignation, claimed in his complaint that Newsom's order could cause the "votes of countless voters to be thrown out or not counted." It also claimed Issa's campaign costs would increase and it would force him to "reevaluate his electoral strategy," Politico and Courthouse News reported.

Newsom and other Democrats, however, said the coronavirus pandemic warranted taking the drastic step of sending absentee ballots to everyone so voters did not have to expose themselves to crowds at polling sites, thus risking catching or spreading COVID-19.

"Elections and the right to vote are foundational to our democracy," Newsom said in a statement after signing the order earlier this month. "No Californian should be forced to risk their health in order to exercise their right to vote."

Newsom recognized when he announced the order that mail-in voting was not necessarily ideal, and emphasized that Californians would continue to have access to in-person voting sites, so mail-in ballots will not be required.

"Mail-in ballots aren’t a perfect solution for every person, and I look forward to our public health experts and the secretary of state's and the legislature's continued partnership to create safer in-person opportunities for Californians who aren't able to vote by mail," he said.

Fox News’ Adam Shaw, Brie Stimson and Gregg Re contributed to this report.