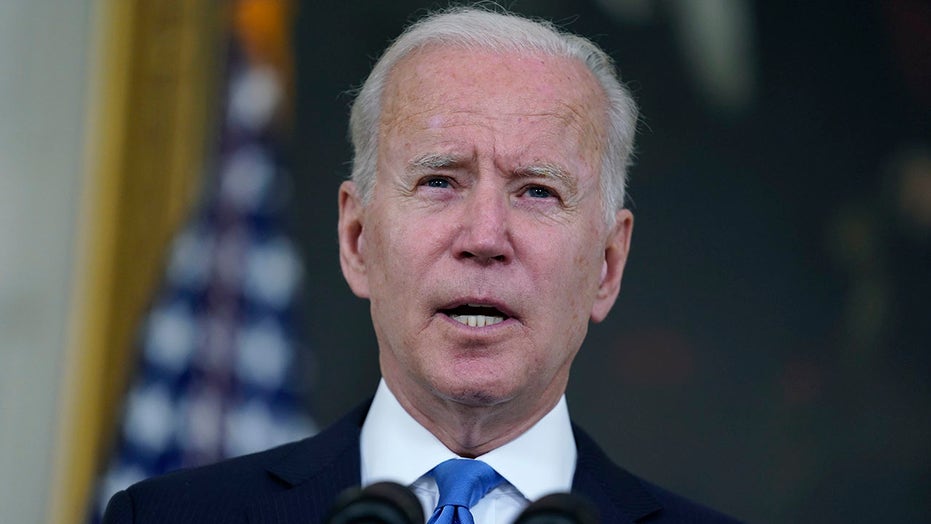 Sixteen Republican senators sent a letter to President Biden calling on the president to use all means necessary to rescue Americans and Afghan allies trapped in Afghanistan.

Senator Jim Inhofe, R-Okla., led 15 of his colleagues in a letter to the president Thursday, calling on Biden to take charge as Americans and allies alike are stuck behind Taliban lines.

"From the very beginning, when you announced the complete withdrawal of U.S. troops from Afghanistan, Members of Congress — along with your top military advisors — advised you that a complete, unconditional U.S. withdrawal would be catastrophic," they wrote.

"Now, we have seen what we predicted come to pass," the senators wrote. "The situation in Afghanistan has gone from bad to worse in a matter of weeks, and we are facing the worst-case scenario — a total Taliban takeover in Afghanistan."

The senators expressed concerns that the Biden administration failed to establish at plan to evacuate all Americans and Afghan allies "as quickly and safely as possible."

"This must be our top priority," they wrote, also warning that America's Afghan allies "will face a tragic and deadly fate" if America doesn’t uphold its promise to Afghans who have helped the U.S.

"We are particularly perturbed that your administration is failing to guarantee the safety of Americans and our Afghan partners still in the country," the senators wrote. "Press reports indicate that while American citizens are being urged to make their way to Hamid Karzai International Airport, the United States Government cannot guarantee their security, and has offered no support or guidance other than wishing them luck."

"We urge you to use whatever means necessary to provide safe and secure passageway through any Taliban barriers for all American citizens and all eligible Afghan partners to appropriate evacuation points and then move them via safe corridors to exit the country," the senators wrote, adding it would be "unconscionable" to leave any American citizen or Afghan partner behind.

"You must devote all means necessary to ensure every American citizen and all eligible Afghan partners are successfully evacuated," they concluded. "In addition, you must make it clear to the Taliban and every other terrorist group that they will face severe consequences if they attempt to interfere with this process."

Biden has been excoriated by critics and allies for his Aug. 31 deadline for the mission to get Americans out of Afghanistan.

The White House did not respond to Fox News’ request for comment.