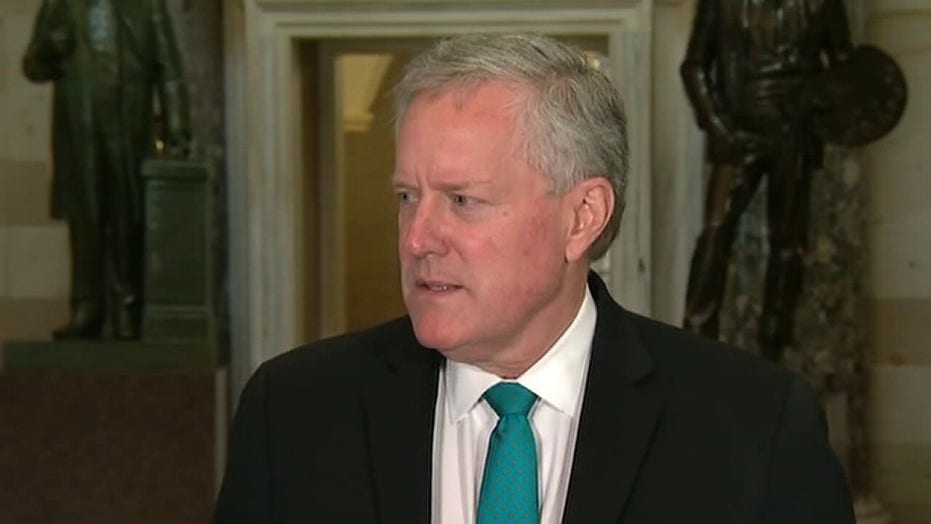 White House chief of staff warns if no deal on COVID relief by Friday, likely no deal at all

Three Republican senators on Wednesday proposed a new compromise on the extension of sweetened unemployment benefits, one of the biggest points of contention in congressional negotiations over the next coronavirus stimulus package.

The measure, introduced by Sens. Mitt Romney, R-Utah; Susan Collins, R-Maine; and Martha McSally, R-Ariz., would offer extra jobless aid through the end of 2020 that is more generous than the $200 a week their party is currently proposing but less than the $600 a week supported by Democrats.

Under the plan, states would have the choice of paying out-of-work Americans an extra $500 or $400 per week in August (if they didn't want to deal with the $100 reduction the next month). In September, the benefit would drop to $400 per week in every state.

From October through December, the plan would shift again to 80% of a worker's former salary. However, if state unemployment systems, which are notoriously outdated, were unable to adapt to the more-complicated proposal, they could opt to give recipients a flat $300 per week instead.

“Unemployment benefits have now expired, and millions of unemployed workers are facing extreme financial uncertainty while Congress continues to negotiate the next relief package,” Romney said in a statement. “Our solution extends the supplemental benefits through the end of the year and incentivizes states to update their UI processing systems. Let’s work together to make sure Americans don’t face additional burdens as a result of a sudden lapse in benefits.”

The proposal from the three Republicans, two of whom -- Collins and McSally -- face tough reelections in the fall, comes as Democratic leaders and White House officials try to finalize another round of emergency aid and hold a vote in Congress next week. McSally's and Collins' seats are among those that Democrats are eyeing in hopes of cracking the Republicans' 53-47 Senate majority in November.

Both parties are under growing pressure to reach a deal days after several CARES Act provisions, including the extra unemployment aid, expired, dealing a major financial blow to the millions of Americans who lost their jobs during the pandemic.

Republicans have argued that it disincentivizes Americans from returning to their jobs and have instead proposed a $200-a-week replacement until states could adopt a system that would cap the aid at 70% of a worker's former salary. Democrats have maintained the $600 benefit needs to be extended through the end of the year and have made it a key sticking point.

During an interview with PBS, House Speaker Nancy Pelosi suggested that Democrats would not budge on the $600 figure, saying "there's no in between."

More than 30 million Americans, or roughly one in five workers, were collecting the financial support, according to Labor Department data.

On Tuesday, Senate Majority Leader Mitch McConnell signaled that he would support continuing the $600 checks, so long as President Trump backed the measure. But he noted that many Republicans would likely not vote for the final stimulus legislation if it restores the unemployment aid.

"We know this is going to be a negotiated settlement," McConnell said. "It's not going to produce a kumbaya moment like we had back in March and April where everybody voted aye. But the American people, in the end, need help."