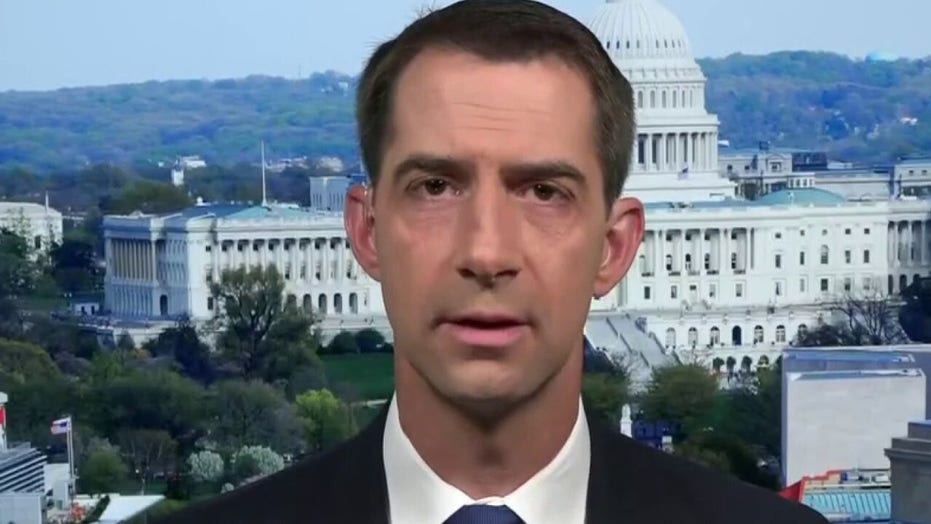 Sen. Tom Cotton, R-Ark., accused China on Sunday of using the coronavirus pandemic as a cover to make power grabs in contested regions along its borders.

Referring to recent actions Beijing has taken in the South China Sea and in the Himalayas along its border with India, Cotton said that with the world’s attention focused on the global public crisis, China has been busy making territorial grabs.

“The Chinese Communist Party is certainly using the pandemic to try to assert claims and take very aggressive action against almost all of its neighbors,” Cotton said on “Sunday Morning Futures.” “China has essentially invaded India, an ally of ours, and they've killed 20 Indian soldiers.”

Satellite images released this week by Maxar, a Colorado-based satellite imagery company, show new construction activity along the Galwan River Valley along the border between China and India, even as diplomats from both countries said military commanders had agreed to disengage from a standoff there.

The images appeared to show that the Indians had built a wall on their side and the Chinese had expanded an outpost camp at the end of a long road connected to Chinese military bases farther from the poorly defined border, according to experts.

The contradictions in words and deeds showed the fragility of an agreement following the worst violence since the Asian giants went to war in 1962 over their competing claims to the arid border region, experts said. 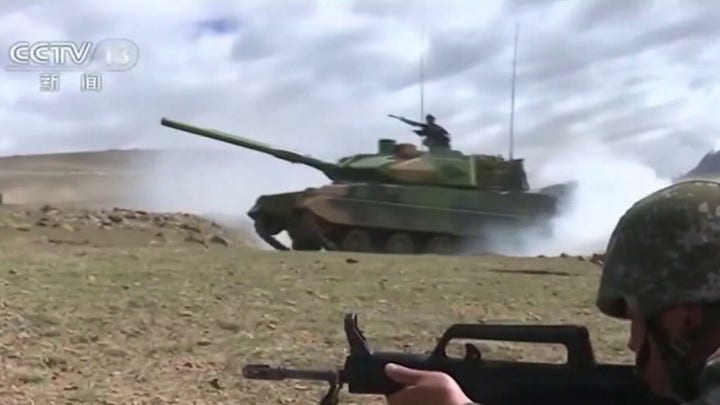 Indian officials said the standoff that culminated in this month's deadly clash in the Galwan Valley, part of a remote stretch of the 3,380-kilometer (2,100-mile) Line of Actual Control, or LAC, established following the 1962 war, began in early May when large contingents of Chinese soldiers entered deep inside Indian-controlled territory at three places in Ladakh, erecting tents.

After a few skirmishes in May, Indian and Chinese commanders met June 6 to hash out an agreement that would reduce tensions.

The two sides agreed to build observation posts on either side of the mouth of the Galwan River, China's ambassador to India, Sun Weidong, told the Press Trust of India news agency on Tuesday.

Meanwhile in the South China Sea, China has taken increasingly aggressive steps in recent years to bolster its claims to the strategic waters, which it vaguely marks with a so-called nine-dash line that overlaps with the coastal waters and territorial claims of ASEAN member states Vietnam, Malaysia, the Philippines and Brunei. Taiwan has also staked a claim in vast stretches of the disputed waters.

In July 2016, an international arbitration tribunal invalidated China’s vast historical claims to the waters based on UNCLOS. China refused to participate in the case and dismissed the ruling as a sham. 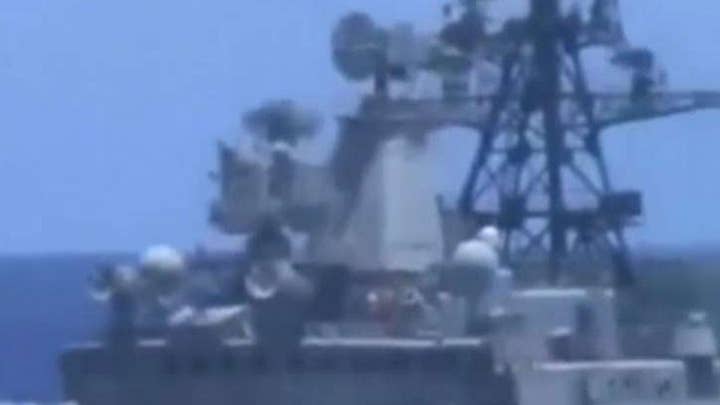 China in recent years transformed seven disputed reefs into missile-protected island bases, including three with military-grade runways, and continues to develop them in actions that have set off protests and alarmed rival claimant states, as well as the United States and its Asian and Western allies.

In recent months, China has come under fire for what rival claimants say were aggressive actions in the disputed waters as countries were scrambling to deal with the coronavirus.

Vietnam protested in April after a Chinese coast guard ship rammed and sank a boat with eight fishermen off the Paracel Islands. The Philippines backed Vietnam and protested new territorial districts announced by China in large swaths of the sea.