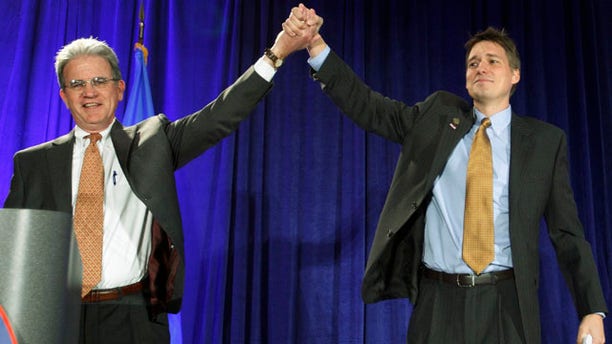 OKLAHOMA CITY-- U.S. Sen. Tom Coburn's bitter opposition to government spending appears to be striking a chord with Oklahoma voters, who re-elected the Republican to what he says will be his last term.

Coburn rode a Republican wave into the U.S. House in 1994, then served six years in Congress before returning to his medical practice. He has described himself as a "part-time lawmaker" and has promised to serve only two terms in the Senate.

• RESULTS MAP: Explore the current party divide, and the polling numbers for the closest races
• TRACK KEY RACES: Track and follow up to 10 races.
• CANDIDATE LIST: All you need to know about the candidates

Known as a conservative maverick, Coburn has been most vocal in opposing the earmarking of special projects, and he is among the few members of the Senate who do not seek such projects for their state.