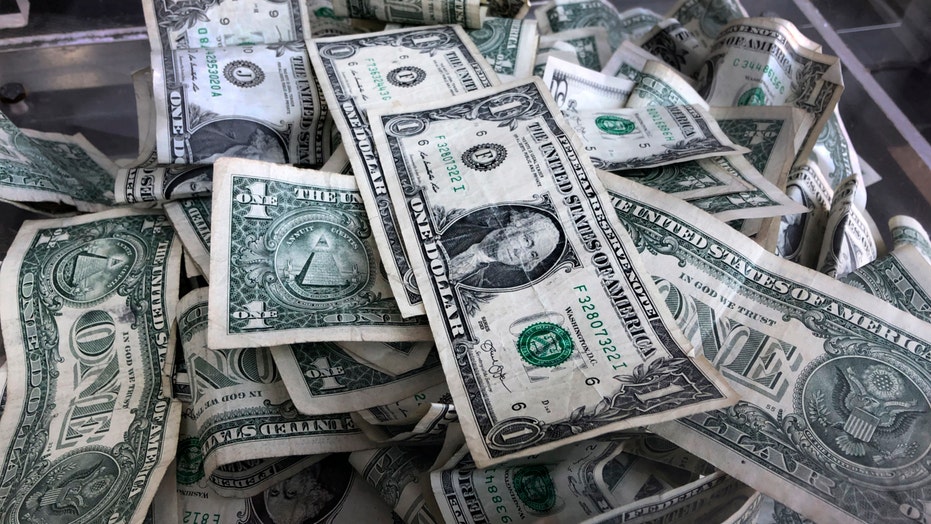 How will the Treasury Dept. distribute stimulus checks to Americans?

Two Republican congressmen on Tuesday introduced legislation to reclaim the $25 million allocated in the recent coronavirus stimulus bill to the John F. Kennedy Center for the Performing Arts, as reports emerged Tuesday that the opera house will furlough roughly 60 percent of its full-time administrative staff after already suspending pay for more than 700 part-time employees and musicians.

Also on Tuesday, Sen. Rick Scott, R-Fla., sent a letter to Office of Management and Budget Acting Director Russ Vought urging the administration to freeze the money by submitting a rescission request to Congress under section 1012 of the Congressional Budget and Impoundment Control Act. Scott wanted the White House to cut off not just the Kennedy Center funds, but also billions of dollars in other "wasteful" spending, including $75 million for the Corporation for Public Broadcasting and $30.8 billion for an "Education Stabilization Fund" that he argued would enrich already wealthy universities.

The one-two punch highlighted growing frustration with the Kennedy Center, which issued a statement as the stimulus bill was nearing passage that the $25 million payout was appropriate, in recognition of the center's "unique status" as a "living presidential memorial" and a major "job creator."

"For an opera house, you sure are tone-deaf," responded blogger Jim Treacher, after telling the Kennedy Center where to shove its statement.

President Trump, speaking at the White House coronavirus briefing last week, had said that he understood the Kennedy Center funding was necessary because Democrats demanded some concessions in order to get the stimulus bill passed, even though he recognized that it galled some conservatives. The provision first appeared in a version of the stimulus bill authored by House Speaker Nancy Pelosi, D-Calif.

Rep. Bryan Steil, R-Wisconsin – who on Tuesday introduced the bill to retract the funding, along with numerous cosponsors, including Rep. Steve Scalise, R-La. – said the bailout was always a "mistake." Recent reports of furloughs and layoffs at the Kennedy Center only made matters worse, the Republicans said.

“Families and workers are struggling to pay rent, pay their mortgage and buy groceries," Steil said in a statement. "Americans need relief and assistance now, which is why I supported the CARES Act. However, some in Washington felt it was important to spend $25 million of taxpayer dollars on the Kennedy Center when there are obviously bigger needs right now. This is frivolous spending in the midst of a national emergency."

John F. Kennedy Center for Performing Arts shot at dusk across the Potomac in Georgetown

Scalise, for his part, slammed Pelosi for directing "millions in relief funding to special interests."

Speaking separately to Fox News' Sean Hannity, Scalise took a shot at Pelosi's suggestion that Trump was idling while people were dying: “Nancy Pelosi literally held the [CARES Act] up for days to get her pet projects, including the money for the Kennedy Center. Interesting she’d use the choice of words ‘fiddlers,’ because it was the fiddlers, the violin players, all the musicians at the Kennedy Center, that got laid off right as the bill got signed."

Rep. Thomas Massie, R-Ky., briefly held up a voice vote on the stimulus package because he said the bill was “stuffed full” of pork added by Democrats, including the Kennedy Center payout.

The stunning announcement last Friday by the Kennedy Center's president, Deborah Rutter, that the National Symphony Orchestra musicians would receive their last paycheck on April 3 raised both legal and political questions. The musicians' medical benefits are now slated to expire at the end of May. All performances at the Kennedy Center have been canceled through at least May 10.

"This is frivolous spending in the midst of a national emergency."

“Everyone should proceed as if their last paycheck will be April 3. We understand this will come [as a] shock to all of you, as it did to us,” an email obtained by The Washington Free Beacon reads.

Ed Malaga, the president of the Local 161-710 of the American Federation of Musicians, immediately issued a statement announcing that he had filed a grievance.

"This decision, from an organization with an endowment of nearly $100 million, is not only outrageous – coming after the musicians had expressed their willingness to discuss ways to accommodate the Kennedy Center during this challenging time – it is also blatantly illegal under the parties’ collective bargaining agreement," Malaga told ABC News. "That agreement specifically requires that the center provide six weeks’ notice before it can stop paying musicians for economic reasons."

But the alarming news out of the Kennedy Center kept coming. Secretly recorded, newly unsurfaced audio appeared to show Kennedy Center executives, including Rutter, discussing planned layoffs last week even as the stimulus bill was working its way through Congress.

"Some of you are probably aware of the fact that we are now, uh, the target for a lot of unhappy people who believe that we are taking the money away from sick people," said a voice that appeared to be Rutter.

That person also said: "We are really grateful for this $25 million, but I will tell you that it does not keep us whole. In fact, the language that [Kennedy Center executive] Tracy [Henke] worked so closely with all the appropriators on was clear that we needed this just to be able to reopen.”

And on Tuesday, RealClearPolitics obtained documents showing the Kennedy Center's plan to furlough 60 percent of its full-time staff, in addition to the hundreds of part-time workers already affected.

The furloughs were expected on a rolling basis.

It further emerged that the Kennedy Center had laid off approximately 20 administrative staffers with the National Symphony Orchestra.

The $2 trillion stimulus legislation requires that the Kennedy Center use its $25 million to cover operating expenses, including employees' salaries and IT costs. But there was no restriction requiring that the Kennedy Center agree not to lay off employees. Airlines have agreed not to furlough workers until Sept. 30 at the earliest as a condition of the $25 billion they received in loans and other guarantees.

United Airlines has issued guidance that layoffs may be necessary after that deadline, but has stopped short of terminating anyone in the meantime.

Just last September, the Kennedy Center unveiled what the Associated Press called a "massive new expansion designed to transform the relationship between audience and artist while revitalizing the performing arts complex for a new generation."

The $250 million, 4.6-acre addition, known as the Reach, opened to great fanfare, including a 16-day festival. Some of the buildings in the complex were designed by famed architect Steven Holl.