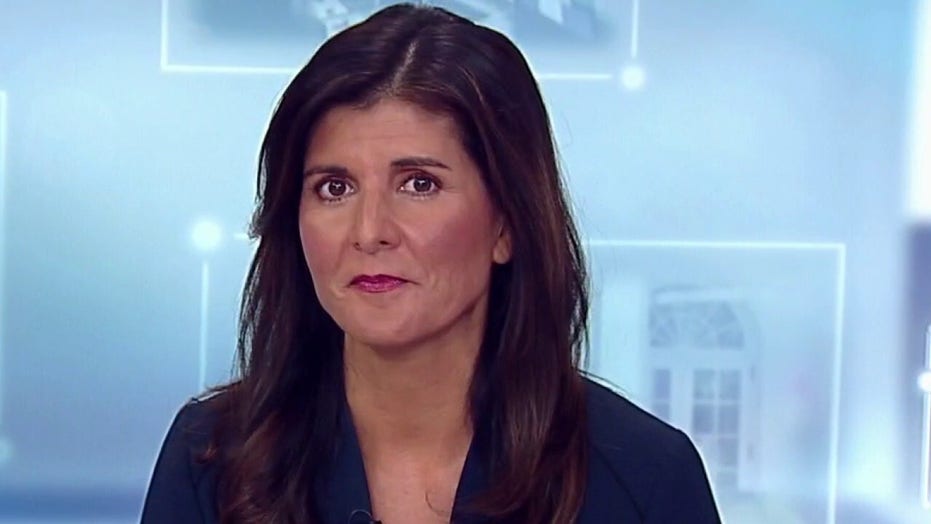 Nikki Haley, the former US ambassador to the United Nations, argues America 'lost its moral core' and says she is 'begging' President Biden to 'lead' and 'start getting terrorism under control.'

"I submitted four amendments to this year’s National Defense Authorization Act to strengthen the bill even further by ensuring the Biden administration is held accountable for their disastrous withdrawal from Afghanistan, that American tax dollars are not used to cooperate with the Taliban’s terrorist regime, and that the 13 brave U.S. service members killed at the airport in Kabul are properly memorialized," Miller told Fox News.

The amendments require the secretary of defense to provide a briefing to Congress on the status of women in Afghanistan after the Taliban takeover of the country, block funding for military and intelligence cooperation with the Taliban, add money and classified materials to the report on military equipment abandoned by the U.S. in Afghanistan, and direct the secretary of defense to establish a memorial dedicated to the 13 service members who lost their lives during the evacuation effort.

"It is imperative we come together to hold President Biden accountable for his devastating actions. Americans do not leave Americans behind, and it is up to Congress to provide the oversight necessary to ensure this never happens again," the West Virginia Republican said.

In remarks on the House floor in support of the amendments, Miller argued that the rights of women in Afghanistan that were a result of the U.S. military presence in the country are now in "dire peril" and said that the Taliban "proved that they can't be trusted" for future military and intelligence cooperation.

All four amendments were adopted.