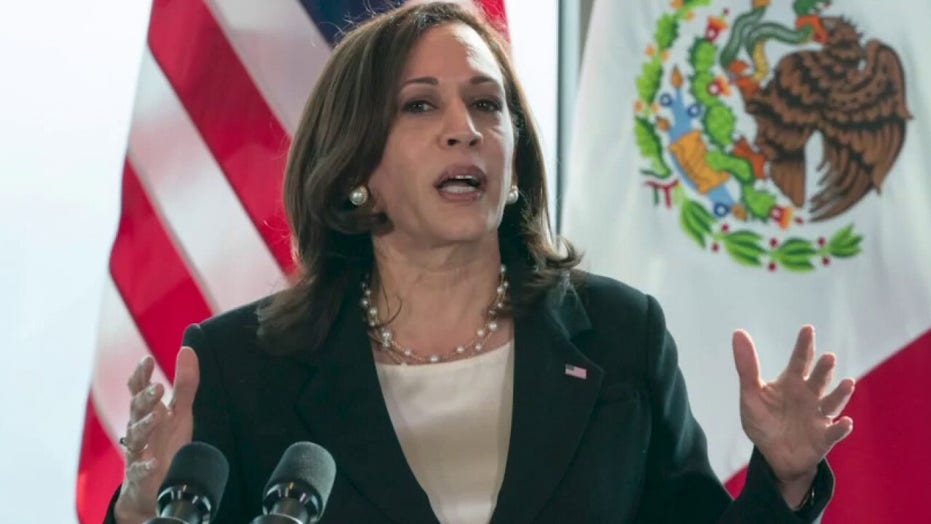 Kamala Harris snaps back at anchor when asked about border visit

House Oversight Committee Republicans blasted the committee Democrats Friday for ignoring their calls to hold a hearing on the crisis at the southern border for 100 days.

According to the release, Saturday will mark 100 days since the GOP members on the committee first called on Chairwoman Carolyn Maloney, D-N.Y., to hold a hearing on the crisis in early March.

The lawmakers called for a hearing again later that month and then for a third time at the beginning of June, with the release noting that, during this time, "migrant children in custody have surged from about 7,000 to 20,000."

"For 100 days, Chairwoman Maloney and Oversight Democrats have failed to hold a single hearing on President Biden’s border crisis," said House Oversight Committee ranking member James Comer, R-Ky. "During this time, masses of children have been held in overcrowded facilities during a pandemic and past the legal timeframe, apprehensions at the southwest border are at a 21-year high, the human smuggling industry is booming, and deadly drugs like fentanyl are pouring across the border."

"Oversight Democrats held multiple hearings on the treatment of children at the border under the previous administration, but it seems they no longer care about this issue when a Democrat occupies the White House," Comer continued.

Comer added that migrants coming illegally to the United States across the southern border are doing so "because of President Biden’s open border policies."

"President Biden created this crisis by announcing to the world he wants to grant amnesty to illegal immigrants and by rolling back deterrent policies aimed at curbing illegal immigration," Comer said. "It’s past time Oversight Democrats hold this administration accountable for the humanitarian and national security crisis unfolding at the border."

The release highlighted the new numbers from Customs and Border Protection (CBP) that illustrated a 21-year high in illegal immigration to the U.S. Additionally, the Republicans included a timeline of "Biden’s Border Crisis."

"In May alone, over 180,000 migrants were encountered along the southwest border, including over 121,000 single adults; nearly 45,000 family units; and over 14,000 unaccompanied children," the release says. "Since January 2021, there have been nearly 712,000 illegal crossings along the southwest border, up 380% from the same time period last year."

Maloney’s committee office did not immediately respond to Fox News’ request for comment.