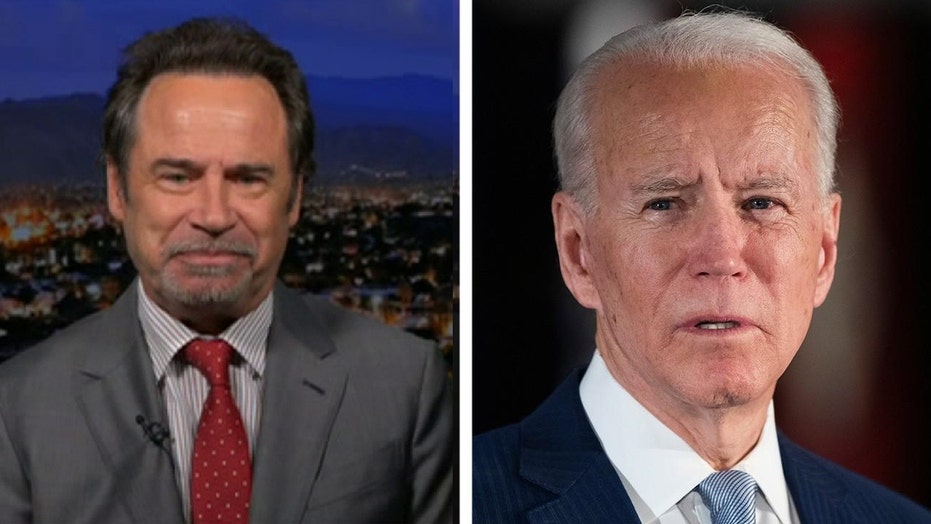 Earlier this year, the former vice president hit Trump for "xenophobia" within hours of his January ban on most travel from China -- a policy that Biden and outside observers have since acknowledged was the right call. In their new op-ed, published by NBC News, Biden and Sen. Tammy Duckworth, D-Ill., take a somewhat different approach.

Instead, the two Democrats all but accuse Trump of racism for telling CBS News' Weijia Jiang to "ask China" about rising coronavirus cases. CNN published an analysis piece calling that moment a "microaggression," although Trump has previously asked reporters of various ethnicities -- including CNN's own Jim Acosta -- to "ask China" for information at press conferences.

The op-ed goes on to fault Trump for using the term "Chinese virus" and for "deflecting blame for his own failure to heed the warnings of experts to prepare for this crisis." Critics have called "Chinese virus" a racist term, although various networks -- again, including CNN -- had repeatedly referred to the coronavirus as the "Wuhan virus" or "Chinese coronavirus."

Trump has said he used the term "Chinese virus" to counteract Chinese claims that the U.S. military was responsible for the pandemic. And various experts, including Biden's coronavirus response team, had downplayed the coronavirus pandemic even as cases were increasingly reported in the United States.

For the GOP, the op-ed was an opportunity to remind voters of Biden's own questionable remarks, as well as the president's policies affecting the Asian American community, to close out Asian American and Pacific Islander Heritage Month.

Biden publicly claimed during a campaign stop in 2019, for example, that "xenophobia" keeps Japanese women employed.

WHOOPS: DEMS USE OBAMA-ERA PHOTO OF KIDS IN CAGES, SUGGEST IT'S FROM TRUMP ADMIN

“You cannot succeed as a country if you leave more than half of your brainpower on the sidelines,” Biden said in South Carolina. “Japan is in a position where traditionally women are as well-educated as men, but the tradition was, once they had a child, they were to drop out of the job market. ... There’s an entire move, because they’re xenophobic — because they don’t want to invite other people from outside their country to come in and make up the workforce — they have fewer workers than they have a need for workers. And so, what they’ve done is they’ve decided to encourage women to stay in the job market."

And the Washington Post reported in 2014 that Biden flubbed a story about his meeting with former Singapore prime minister Lee Kuan Yew, just hours after he walked back his decision to employ the term "Shylocks" following criticism from Jewish groups.

"On the way back from Mumbai to go meet with President Xi in China, I stopped in Singapore to meet with a guy named Lee Kuan Yew, who most foreign policy experts around the world say is the wisest man in the Orient," Biden told voters.

The use of the term "Orient" enraged some Asian Americans on social media, the Post reported.

"Vice President Joe Biden’s insensitive remarks are offensive to both Asian-Americans and our Asian allies abroad," RNC spokesperson Ninio Fetalvo said at the time. "His comment is not only disrespectful but also uses unacceptable imperialist undertones."

In 2011, the Post noted that Biden appeared to praise China's one-child policy, which has "rested on coercion, including forced sterilization and abortion." The vice president's office later clarified that he had not intended to do so.

“Your policy has been one which I fully understand — I’m not second-guessing — of one child per family,” Biden said. “The result being that you’re in a position where one wage earner will be taking care of four retired people. Not sustainable.”

And in 2013, Biden asked several Japanese women at an Internet company: “Do your husbands like you working full-time?”

The GOP, meanwhile, has touted its increased engagement with Asian Americans, efforts to combat hate crimes, and economic progress -- noting, for example, that Asian Americans received on average the largest amount from the GOP tax bill.

"This November, we must vote for the candidate who is actually fighting for us, not the one who using us as a political pawn," Tse, the RNC APA spokesperson, told Fox News.