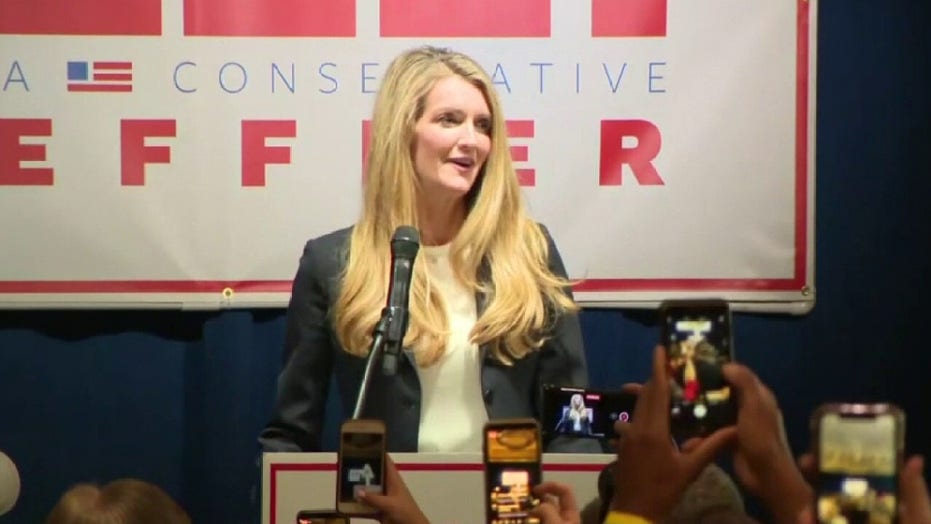 Pair of Georgia runoff elections to decide control of Senate

It all comes down to Georgia.

“Everything’s on the line in these two races,” a Republican strategist in the Peach State tells Fox News. “This is the ballgame here in Georgia.”

The races he’s talking about are the runoff elections in the state’s two Senate showdowns. And with control of the Senate up for grabs, these two elections will determine whether the GOP holds on to its majority in the chamber or if the Democrats will control both houses of Congress as well as the White House. Both parties and outside groups will pour massive amounts of money and resources into these two races ahead of the Jan. 5 elections.

ALL EYES ON GEORGIA WITH SENATE MAJORITY UP FOR GRABS

The GOP held a 53-47 majority heading into the 2020 elections, and faced a challenging electoral map. But the Democrats' hopes of capturing a solid Senate majority in last week’s elections were dashed as Republicans overperformed.

The current balance of power is 48-48. If Republicans end up holding on to the GOP-controlled seats in Alaska and North Carolina, they’ll have a 50-48 advantage in the Senate. That means the Democrats must win both of Georgia’s runoff elections to make it a 50-50 Senate, in which Vice President-elect Kamala Harris would be the tie-breaking vote, giving her party a razor-thin majority in the chamber.

In Georgia, where state law dictates a runoff if no candidate reaches 50% of the vote, Republican Sen. David Perdue narrowly missed out on avoiding a runoff. He currently stands at 49.75% in the count, with nearly all votes counted. His Democratic challenger, Jon Ossoff, trails by roughly 90,000 votes.

In the other race, appointed Republican Sen. Kelly Loeffler – who captured nearly 26% of the vote in a whopping 20-candidate race – will face off against Democrat Raphael Warnock, who won nearly 33% of the vote.

CLICK HERE FOR THE 2020 ELECTION RESULTS FROM FOX NEWS

Republicans are framing the runoff showdowns as the last chance to prevent the Democrats from holding all the power in the nation’s capital.

“The future of the country is at stake in Georgia. The January runoff gives voters another opportunity to reject the socialist agenda of Democrats Raphael Warnock and Jon Ossoff, and their far-left backers,” National Republican Senatorial Committee (NRSC) spokesman Nathan Brand told Fox News. “Radical national Democrats like Stacey Abrams, AOC and Chuck Schumer will stop at nothing for complete unchecked power, but Republicans will hold the line in Georgia and reelect Sens. David Perdue and Kelly Loeffler to protect the Senate majority.”

The NRSC may have received an early holiday present when Schumer, the Senate Democratic leader, said over the weekend, “Now, we take Georgia. Then we change America."

The reelection arm of the Senate Republicans quickly went up with a web video spotlighting Schumer’s comments. The web ad takes aim at what it considers the Democrats’ radical agenda.

"These two races will mean the difference between Democrats having free rein to destroy minority rights, pack the Supreme Court and create new states, versus a healthy check on their far-left agenda. We were by far the largest outside group on the right in Georgia this fall, and we’re scaling far beyond that for the runoffs,” said Steven Law, president of the super PAC which is aligned with Senate Majority Leader Mitch McConnell, R-Ky.

HOW THE SENATE REPUBLICANS MAY HAVE SAVED THEIR MAJORITY

Touting the nearly $300 million they spent in the 2020 Senate races, Law told Fox News, “We’re ready to do it again in Georgia.”

The Senate Leadership Fund’s Democratic counterpart – the Senate Majority PAC – is highlighting the more than $60 million it’s already spent on both of Georgia’s Senate races, and promising more is on the way.

“We are committed to helping both Rev. Raphael Warnock and Jon Ossoff win these seats in January and building upon the work that started months ago," Senate Majority PAC president J.B. Poersch said in a statement.

Poersch – pointing to Perdue and Loeffler’s strong support for President Trump – emphasized that “the Georgia Republican ticket is made up of a pair of corrupt, out-of-touch politicians who profited off of the pandemic and will stop at nothing to take away Georgians’ health care. It’s clear that David Perdue and Kelly Loeffler aren’t ready for prime time and we’re focused on exposing their records in the months to come.”

Pending an upcoming recount, President-elect Joe Biden is on track to become the first Democrat to win Georgia since Southerner Bill Clinton captured the state in 1992 on his way to winning the White House. As of Monday morning, Biden held a roughly 10,000 vote margin over Trump.

Over 4 million votes were cast in Georgia in the general election, breaking the record of 3.9 million set in the 2008 election. The key for both sides is to keep up the energy – and get out their voters.

A Democratic strategist in Georgia says the runoff races give his party “a second chance to win the Senate” and predicted there’s still plenty of energy left “to finish the job.”

Former Democratic presidential candidate Andrew Yang said over the weekend that he and his wife are temporarily “moving to Georgia to help @ossoff and @ReverendWarnock win! This is our only chance to clear Mitch out of the way and help Joe and Kamala get things done in the next 4 years.”

“The best thing we could do for Joe is to get him a Democratic Senate. There should be coordination of resources. Everyone who campaigned for Joe should get ready to head to Georgia. I’ll go. It’s the only way to sideline Mitch and give Joe a unified government,” Yang emphasized.

Both the Ossoff and Warnock campaigns have already gone up with their first runoff election ads.

Warnock, who escaped negative attacks by Republicans in the general election – as Loeffler fought off a challenge from GOP Rep. Doug Collins – acknowledged that incoming fire was on its way.

“Get ready, Georgia. The negative ads are coming,” Warnock says in the spot. “Kelly Loeffler doesn’t want to talk about why she’s for getting rid of health care in the middle of a pandemic, so she’s gonna try and scare you with lies about me.”

Time is of the essence for both parties. Absentee ballots for the runoff can start being mailed on Nov. 18, and the registration deadline to vote in the elections is Dec. 7. The Georgia secretary of state’s website also noted that early in-person voting begins on Dec. 14.