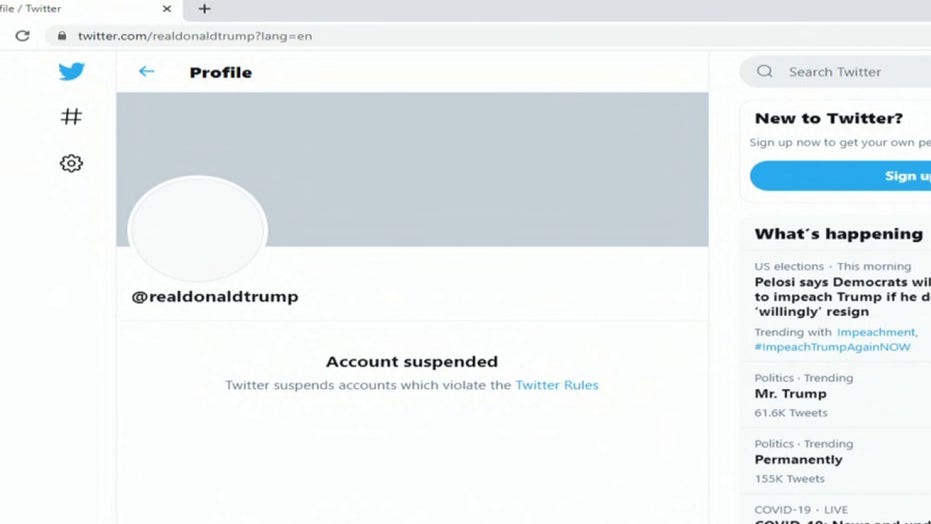 Twitter permanently suspends Trump due to 'risk of further incitement'

Google announced on Friday that it would suspend free speech social media platform Parler’s listing from its Play Store due to a failure to moderate "egregious content" posted by users related to the violent siege on Capitol Hill this week.

A spokesperson for Google confirmed in a statement to Fox News that its "longstanding policies" require that apps with user-generated content have measures in place to remove certain obscene content – including posts that incite violence. Developers agree to those terms.

"We’re aware of continued posting in the Parler app that seeks to incite ongoing violence in the U.S.," a Google spokesperson wrote in a statement. "In light of this ongoing and urgent public safety threat, we are suspending the app’s listings from the Play Store until it addresses these issues."

The company noted that the measures it took on Friday will not impact Parler’s availability on the web or other Android app stores – and the platform will not be removed from existing users’ phones.

Spokespeople for Apple and Parler have not responded to Fox News’ requests for comment.

Parler, which was founded in 2018, was "built upon a foundation of respect for privacy and personal data, free speech, free markets, and ethical, transparent corporate policy."

The platform has become popular with conspiracy theorists and elements of the far-right. Some conservatives – like Sens. Ted Cruz, R-Texas, and Rand Paul, R-Ky. – began turning to the platform this year after becoming frustrated with content moderation on the major platforms.