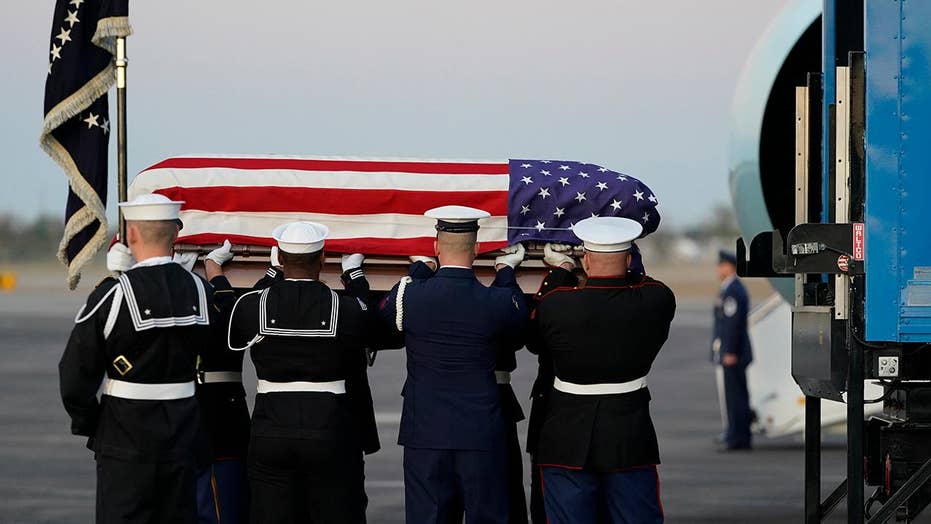 Special Air Mission 41 lands at Houston's Ellington Field; George H.W. Bush will lie in repose overnight at St. Martin's Episcopal Church before traveling by train to College Station, where he will be laid to rest near his presidential library at Texas A&amp;M University.

Members of the 41st president’s family and others departed from the plane after “Special Air Mission 41” landed at Ellington Field in Houston. Bush died Friday at age 94.

Bush’s casket, draped in an American flag, was then lifted off the airliner during the ceremony. Service members carried the former commander in chief’s remains toward the hearse as a band played and onlookers stood with their hands on their hearts. 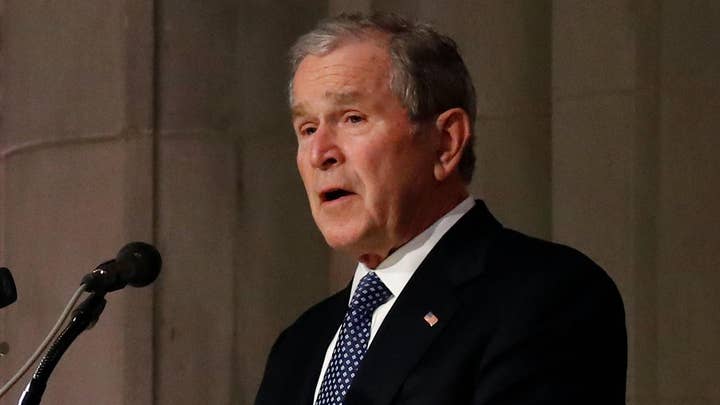 The arrival in Houston came hours after Bush’s legacy was honored at a state funeral in Washington D.C., during which he was eulogized by his son, former President George W. Bush, who labeled his father “a great and noble man.”

“We're gonna miss you,” the 43rd president said of his father. “Your decency, sincerity and kind soul will stay with us forever.”

He became emotional while describing “the best father a son or daughter could have.”

The Bush family joined President Trump and all former living former presidents, as well as world leaders and other distinguished guests, at the Washington National Cathedral. 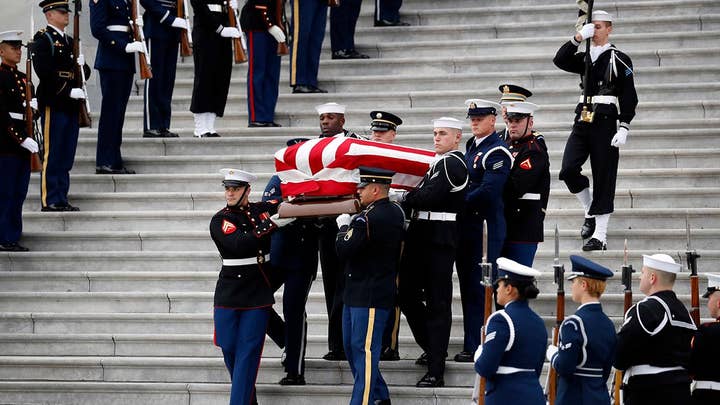 Ahead of the ceremony, Bush’s casket had been in the Capitol since Monday night. Since then, thousands of visitors have flocked to the Capitol Rotunda to pay their respects.

Bush’s remains are scheduled to lie in repose at St. Martin’s Episcopal Church in Houston until Thursday morning “with a guard of honor in attendance,” according to a news release from his office.

Later Thursday morning, a funeral service is scheduled to be held at the church, officials said.

He'll be laid to rest on the grounds of the George H.W. Bush Presidential Library and Museum, near his wife, Barbara, and their daughter Robin, who died of leukemia in 1953 at age 3.