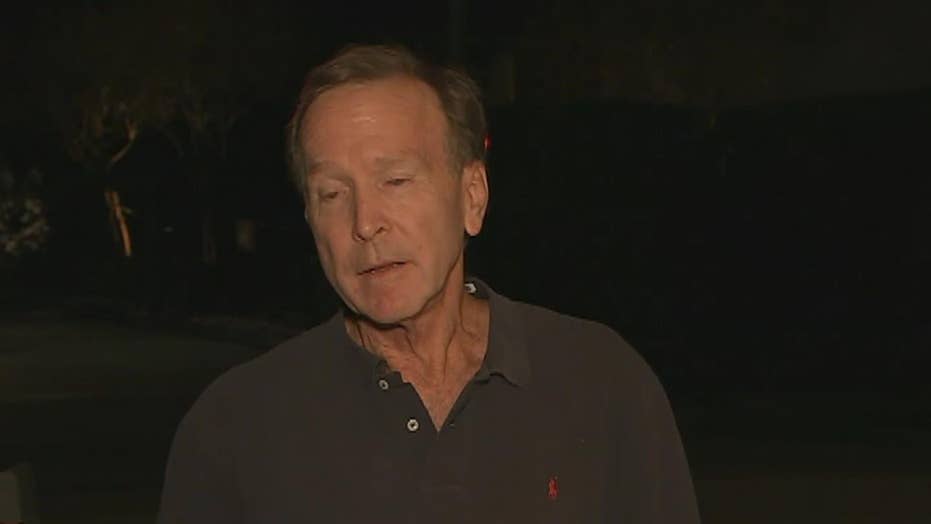 Neil Bush speaks on his appreciation for his father

Following the passing of George H.W. Bush, son Neil Bush speaks of his fathers accomplishments during his lifetime.

“His whole life was led by the love. … The reality is the impact he's going to have on the world after his passing is going to be one that's more loving, loved-filled,” he said about his father, calling him “an amazing influence.”

The body of the former president, who died Friday at age 94, is to be transported by a motorcade Monday morning from a Houston funeral home to Ellington Field Joint Reserve Base, a Texas Air National Guard base. The casket will be loaded onto a plane and flown to Joint Base Andrews in Maryland, according to officials. Relatives accompanying the casket are set to include former President George W. Bush, as well as Neil Bush.

Neil said his father was “probably the best man I know in terms of everything you would want in a man. He was a great husband, an amazing dad.”

Speaking about his father’s patriotism and commitment to the greater good of the world, Neil noted: “…The fact that he led with love, with everything he did, just made his impact even more and more positive for the world. I wish there were more, if there if there were more George H.W. Bushes in the world, we'd be, we'd have a lot more harmony, a lot more freedom, a lot more peace on earth, and I'm just so proud of his legacy he left earlier.”

Neil’s son, Pierce, added about the family tradition: “He was able to handle both his public responsibilities and his familial responsibilities with ease. The thing about my grandfather's … he did public service because he thought it was noble, and he thought that good people should step up.”

The former president had been in and out of the hospital in recent years, primarily due to complications of Parkinson's disease. However, each time he was hospitalized, each time loved ones thought this time might be the last, Bush rallied and was released, free to return to his Houston home or to the family compound in Kennebunkport, Maine.

Chris Wallace looks back on his interviews with Bush 41

Neil said he will miss his parents, married for 73 years -- longer than any other U.S. presidential couple -- but their love made his family who they were. His mother, former first lady Barbara Bush, died this past April.

“It's interesting because my mom was the other half of that family leadership model. My mom was the organized enforcer,” he said. “When someone crossed the line, mom was pretty clear-minded about how to... correct that error. But my dad led by his example, so we never wanted to do anything wrong that would, that would upset him or disturb him.”

Pierce Bush said his grandfather “definitely is a man that died with zero regrets.”