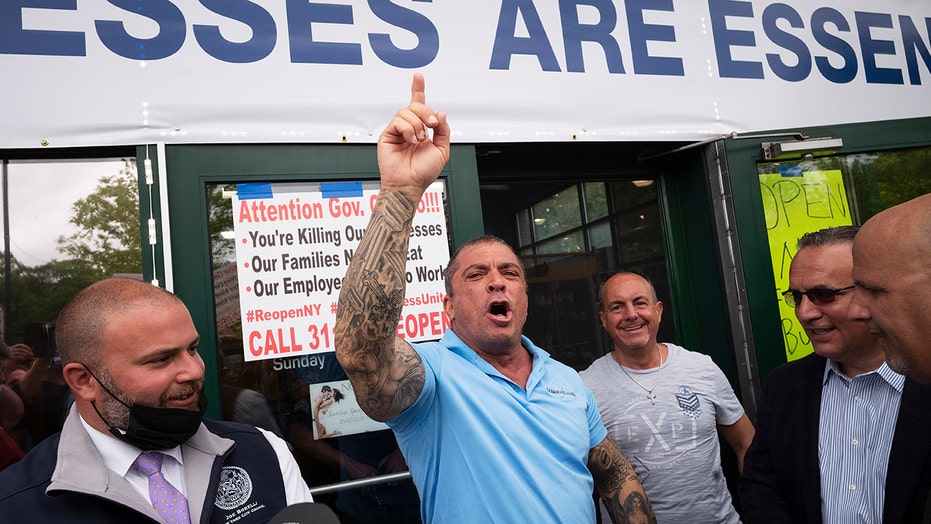 The coronavirus lockdown is seemingly down and out, as many Democrats in charge of big cities -- including several who once insisted on strict quarantine measures -- line up to champion the nationwide mass demonstrations over the in-custody death of George Floyd, sans social distancing.

New York Gov. Andrew Cuomo lashed out at protesters calling to reopen the state earlier this month, saying at a news conference, "you have no right to jeopardize my health ... and my children's health and your children's health." Cuomo's directives have been enforced throughout the state: A New York City tanning salon owner told Fox News he was fined $1,000 for reopening briefly last week, calling the situation "insane" and saying he already was "broke."

On Friday, though, Cuomo said he "stands" with those defying stay-at-home orders: "Nobody is sanctioning the arson, and the thuggery and the burglaries, but the protesters and the anger and the fear and the frustration? Yes. Yes, and the demand is for justice."

In April, New York City Mayor Bill de Blasio told the Jewish community that "the time for warnings has passed" after he said a funeral gathering had violated social distancing guidelines. On Sunday, the mayor asserted, "We have always honored non-violent protests."

Minneapolis Mayor Jacob Frey, meanwhile, had warned that in-person worship services would be a "public-health disaster," disregarding constituents' concerns that he was violating their First Amendment rights. Now, his administration has been distributing masks to rioters, even though public gatherings of 10 or more are still ostensibly banned. Frey also allowed a police station to burn, saying it was necessary to protect police and rioters.

"The city encourages everyone to exercise caution to stay safe while participating in demonstrations, including wearing masks and physical distancing as much as possible to prevent the spread of COVID-19," a news release read. "The city has made hundreds of masks available to protesters this week."

The mayor of Washington D.C., Muriel Bowser, vowed $5,000 fines or 90 days in jail for anyone violating stay-at-home orders. This weekend, though, Bowser defended the protests: "We are grieving hundreds of years of institutional racism. ... People are tired, sad, angry and desperate for change." An angry mob of rioters in the city turned its rage on a Fox News crew early Saturday, chasing and pummeling the journalists outside the White House in a harrowing scene captured on video.

Demonstrators standing off with police in downtown Raleigh, N.C., on Saturday, during a protest over the death of George Floyd, who died in police custody on Memorial Day in Minneapolis. (Ethan Hyman/The News &amp; Observer via AP)

And, Los Angeles Mayor Eric Garcetti threatened in March to cut power and water for businesses that reopened, saying he wanted to punish "irresponsible and selfish" behavior. In recent days, he has encouraged mass gatherings, even as he condemned violence. "I will always protect Angelenos' right to make their voices heard — and we can lead the movement against racism without fear of violence or vandalism," he said.

These officials were just some of the most prominent politicans to have adopted strikingly different rhetoric on mass gatherings over Floyd's death, including several protests that have triggered property damage, injuries, beatings, and several deaths. The mayor of Atlanta, Keisha Lance Bottoms, has been one of the few politicians to keep up her coronavirus admonitions. "If you were out protesting last night, you probably need to go get a COVID test this week," she told CNN on Sunday. "There is still a pandemic in America that’s killing black and brown people at higher numbers."

Although some Democrats, including Garcetti, have since welcomed the support of the National Guard to quell the demonstrations, they explicitly noted they were doing so to combat "destruction" and "vandalism" -- not widespread defiance of stay-at-home orders.

TRUMP DESIGNATES ANTIFA A 'TERRORIST ORGANIZATION' ; SUSAN RICE SAYS RUSSIANS MAY BE BEHIND IT ALL

Four officers have been fired in the Floyd case, and one has been arrested and charged. A video showed the arrested officer kneeling on Floyd for several minutes as he screamed that he could not breathe, although an initial medical examiner's report found "no physical findings that support a diagnosis of traumatic asphyxia or strangulation" -- and cited Floyd's "underlying health conditions including coronary artery disease and hypertensive heart disease," as well as the "potential intoxicants" in his system.

He also suggested the protests obfuscated key data, pointing to statistics from The Washington Post showing that a total of 41 unarmed people were shot and killed by U.S. police in 2019 -- 19 of them white, nine black and nine Hispanic. Others noted that the "Grim Reaper" who patrolled Florida's beaches to shame swimmers and sunbathers amid the pandemic was nowhere to be seen at the protests.

"WE LITERALLY STAYED IN OUR HOUSES FOR A MONTH BECAUSE OF FEAR OF A VIRUS WITH A 99.74% SURVIVAL RATE AND NOW ARE SUPPOSED TO IGNORE NATIONAL COP-KILLING RIOTS?!!" Kentucky State political science professor Wilfred Reilly tweeted. "SERIOUS question, as re these riots - where are all these Governors that gave daily three hour press conferences about whether you could walk down the beach or visit your dying relatives? Is the COVID-19 crisis over?"

There have been other indicators that officials' concerns about the coronavirus were overblown. Warnings from Democrats that the recent Wisconsin election would lead to a spike in coronavirus cases, for example, proved unfounded. ("I don’t think that the in-person election led to a major effect, to my surprise. I expected it,” infectious diseases expert Oguzhan Alagoz said.) 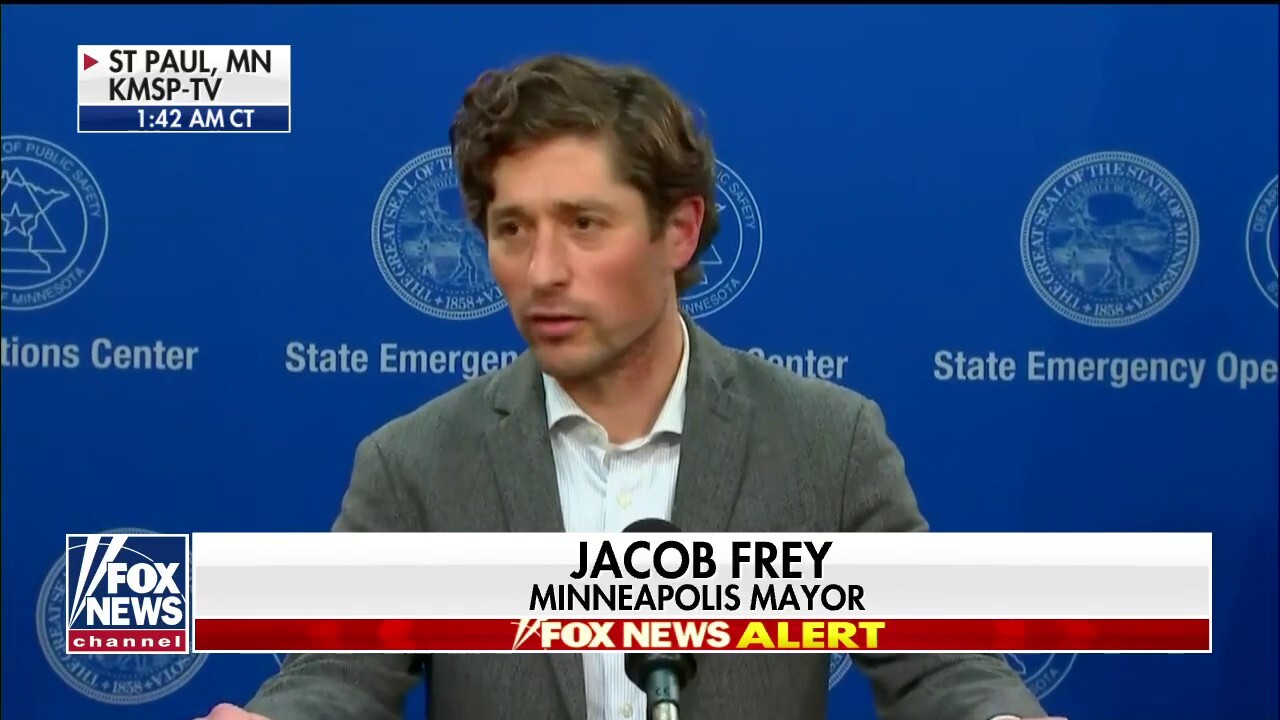 Reilly added: "The way you create a narrative is to isolate and publicize every incident of the phenomenon you're focused on. Black: white/inter-racial violent crime is 5% of crime (600K cases/12M crimes), and 80% of THAT is Black on white. Wouldn't think that from the papers, wouldja?"

Scattered efforts by the Democrats to condemn some of the protesters have relied on inaccurate information and unfounded assertions that contradict available data and video evidence. For instance, former Obama National Security Advisor Susan Rice appeared to blame the Russians for the protests on Sunday, saying the violence was right out of their "playbook" and that they're "probably" involved.

Rice also falsely claimed that Trump had called white supremacists "very fine people," which has been repeatedly debunked. Like Rice, Trump specifically made a distinction between peaceful political protesters and white supremacists, whom Trump said he condemned "totally." ("Very fine people" were protesting the censorship and removal of a Civil War statue, Trump said.)

And, Frey said Saturday that officials thought "white supremacists" and "out-of-state instigators" could be behind the protests in the wake of Floyd's death, and Minnesota Gov. Tim Walz also claimed most of the protesters arrested were from outside Minneapolis and sought to take advantage of the chaos.

"We are now confronting white supremacists, members of organized crime, out of state instigators, and possibly even foreign actors to destroy and destabilize our city and our region," Frey had tweeted Saturday.

However, a report by KARE 11 showed "about 86 percent" of the 36 arrests listed their address in Minnesota, and that they live in Minneapolis or the metro area, according to data the outlet analyzed from the Hennepin County Jail's roster. Five out-of-state cases came from Arkansas, Florida, Illinois, Michigan and Missouri.

St. Paul Mayor Melvin Carter later admitted he was wrong when he falsely claimed that "every person" arrested in Minneapolis protests was from out of state. Frey has not issued a similar retraction, and multiple calls by Fox News to his office seeking comment were met with a busy signal. An emailed message was not immediately returned.

"I haven't seen reports of far-right groups," O'Brien said in an interview Sunday morning on CNN's "State of the Union." "This is being driven by Antifa." Later Sunday, Trump announced he would designate Antifa a terrorist organization.

"It’s ANTIFA and the Radical Left. Don’t lay the blame on others!" Trump had tweeted Saturday.

Secretary of State Mike Pompeo was less decisive in stating who was behind the looting, arson, and violence that has taken place. While he called rioters "Antifa-like" during an appearance on Fox News' "Sunday Morning Futures," he said, "I think it still remains to be seen exactly how" the situation devolved from peaceful protests to something entirely different.