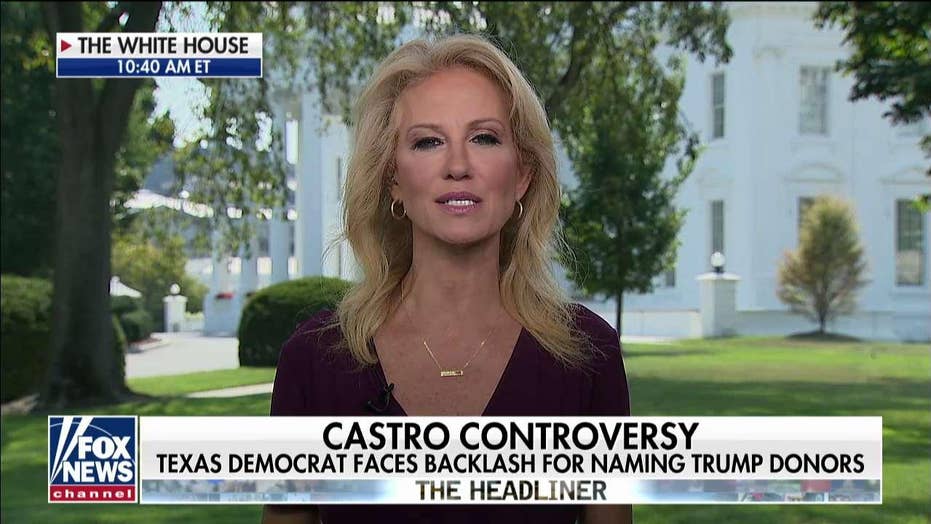 Conway hits back at Joaquin Castro: 'Trying to make life miserable or worse' for Trump donors

Attorney George Conway, the husband of White House adviser Kellyanne Conway, created an awkward scene on social media Wednesday when he mocked a concern that his wife had been highlighting on her Twitter feed.

The controversy surfaced after Rep. Joaquin Castro, D-Texas, published the names of donors to President Trump in an apparent attempt to intimidate them. The senior Trump aide derided the move in a series of tweets and retweets.

In one, she promoted a tweet by House Minority Whip Steve Scalise, R-La., saying that "lives are at stake" when people target others based on "their political views."

Scalise was previously injured and hospitalized after a politically-motivated shooting at a practice for the congressional baseball game in 2017.

Her husband mocked those concerns Wednesday while retweeting an article from The Washington Post that reported on a real estate developer holding a fundraiser for the president.

"How terrible they are publishing names of donors omg omg," he tweeted sarcastically. He also knocked concerns about privacy, arguing that donor names were public information.

"Searching for and retrieving the public information that he tweeted doesn't take much more than 20 seconds, either," he said.

The exchange was just the latest awkward incident for the Conway family as George has continually blasted the president on Twitter. In July, Kellyanne said she "totally disagree[d]" with her husband's sentiments referring to Trump as racist. He had written an op-ed in which he denounced Trump's comments about progressive congresswomen.