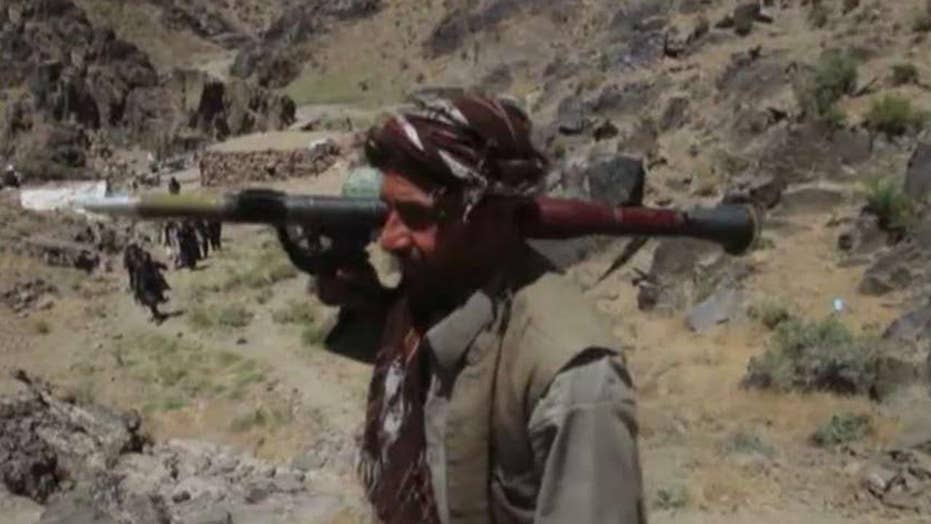 Gen. Jack Keane on push to reach deal with Taliban

The Pentagon is preparing to withdraw thousands of troops from Afghanistan as part of a proposed peace deal with the Taliban, U.S. officials told Fox News.

"The truth is we always negotiated with terrorists," he told Fox News anchor Leland Vittert, who asked about the general principle of the U.S. to not engage in those types of negotiations.

When Vittert asked how the U.S. could negotiate with a group it didn't trust, Keane said it's OK to engage in such negotiations but they need to produce favorable conditions.

"I don't think there's anything wrong with having negotiations," he told Vittert. "There's nothing wrong with that. We've always negotiated with our enemies at the end of war. It's the conditions and the facts that are the most important thing."

Keane took issue with a provision that, following a U.S. withdrawal from Afghanistan, relies on the Taliban ensuring that ISIS and Al Qaeda don't take root there.

"Now, those of us who have been around Afghanistan for 18 years know we cannot trust the Taliban, and we cannot accept a deal based on that condition," he said.

"We have got to negotiate based on U.S. interests, and our interest is to make certain that ISIS and Al Qaeda do not have a safe haven in Afghanistan," he added.

The American military presence, he said, guaranteed there was neither a terrorist safe haven in Afghanistan nor another attack on the United States.