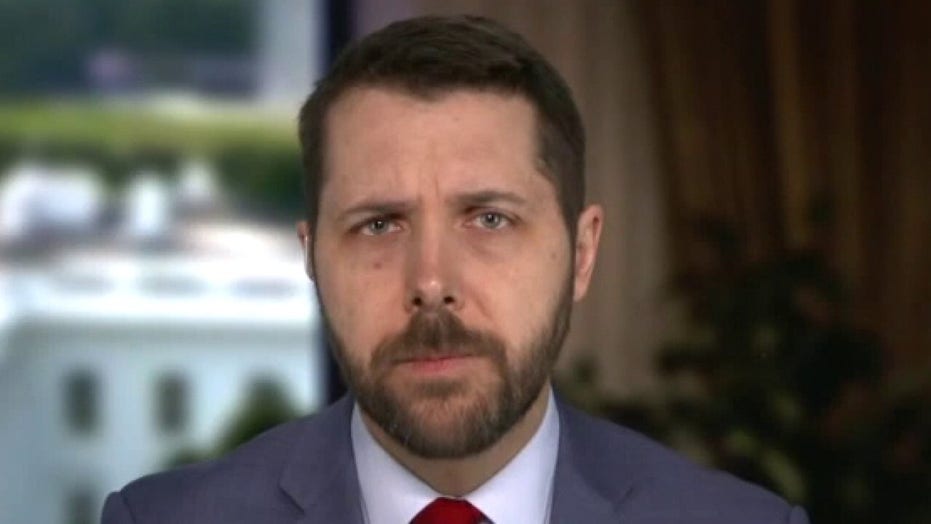 Deese, the architect of Biden's "American Jobs Plan," told "Fox News Sunday" anchor Chris Wallace that compared to before the pandemic, the United States is still behind. He said the president's $2 trillion-plus spending plan could help get the U.S. economy back to where it was in early 2020.

"The jobs numbers in March were certainly a welcome sign. It's good to see the economy starting to improve, and we certainly think it's a sign that the economic and vaccination strategy that this administration has put into place from Day One is starting to have an impact," Deese said.

"What our plan says is let's keep the economy going. Let's see more job creation -- that's a really good thing for the economy," Deese said. "But let's also think to the longer-term about where those investments [are] that we can make that will really drive not just more job growth, but better job growth. Not just job growth in the short term, but job growth in the long term by investing in our infrastructure. By investing in our research and development in a way that we haven't since the 1960s."

Deese, a former senior adviser to former President Barack Obama, played a leading role in trying to get the president's $1.9 trillion coronavirus stimulus package across the finish line. He said in January that he aimed to help get Republicans on board with the plan, but no GOP members of Congress voted for it.

Now Biden is pushing a $2 trillion-plus spending package, which is billed largely as an infrastructure bill but addresses many issues beyond crumbling highways and bridges. That's drawn harsh criticism from Senate Republicans, many of whom have lined up to oppose the president's plan.

"This plan is not about rebuilding America’s backbone. Less than 6% of this massive proposal goes to roads and bridges," Senate Minority Leader Mitch McConnell, R-Ky., said last week. "It would spend more money just on electric cars than on America’s roads, bridges, ports, airports, and waterways combined."

Indeed, the White House's summary of the American Jobs Plan says it will spend "$115 billion to modernize the bridges, highways roads and main streets that are in most critical need of repair" out of the total $2.2 trillion.

President Biden speaks about the March jobs report in the State Dining Room of the White House, April 2, 2021, in Washington. (AP Photo/Andrew Harnik)

McConnell's definition ignores other elements of the plan that address infrastructure, including broadband, pipes and schools. But in all, Biden's plan still directs well under half of its funding to priorities that are not infrastructure, a Fox News analysis found.

Wallace challenged Deese on whether the bulk of the Biden spending plan, which the White House is selling as an infrastructure bill, is actually for infrastructure. Deese argued that there needs to be a broader definition of infrastructure for the modern world.

"I think we really need to update what we mean by infrastructure for the 21st century," he said. "If you look at that number on housing, what we're talking about is construction, building housing all around the country to help make sure that there are more affordable housing units for people to access jobs and access economic opportunity."

Deese added: "We're talking about construction to build things like VA [Veterans Administration] facilities, our schools and community colleges -- putting people to work, construction work that really needs to be done to meet commitments that we have to our veterans and others.

"We believe that the infrastructure of our care economy is something to take very seriously," Deese also said, referencing the $400 billion in the Biden spending plan for home care for elderly and disabled people. "For anybody out there... who are parents who are taking care of an elderly parent or an adult child with disabilities, they know that if you don't have an infrastructure of care to support your loved ones, you can't effectively work, you can't effectively interact in the 21st century economy."

Wallace also asked Deese how much the president is willing to come down from his initial $2 trillion-plus proposal, in light of Biden and other administration officials suggesting they would be open to working with Republicans to pass an infrastructure bill. But Biden and his officials made a similar suggestion on coronavirus relief, only to ultimately circumvent Republicans and avoid substantive negotiations.

But Deese added that "we're not going to negotiate that on this show," as he refused to provide any benchmarks for how much the president is actually willing to compromise.

Biden is expected later this month to outline a second massive spending bill, focused this time largely on the social safety net.