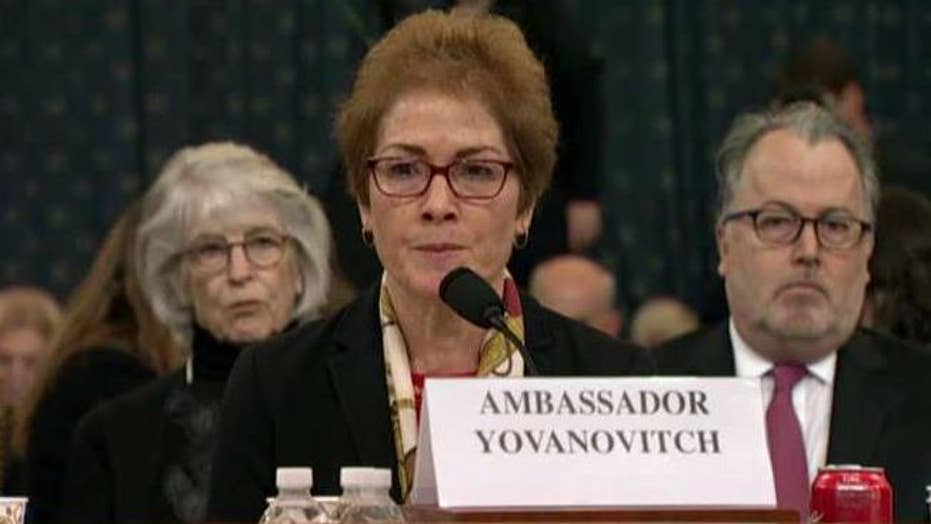 NEW YORK— Former Ukraine ambassador Marie Yovanovitch, the career diplomat who during the impeachment hearings of President Donald Trump offered a chilling account of alleged threats from Trump and his allies, has a book deal.

Houghton Mifflin Harcourt confirmed Friday to The Associated Press that it had acquired Yovanovitch’s planned memoir, currently untitled. According to the publisher, the book will trace her long career, from Mogadishu, Somalia, to Kyiv and “finally back to Washington, D.C. — where, to her dismay, she found a political system beset by many of the same challenges she had spent her career combating overseas.”

“Yovanovitch’s book will deliver pointed reflections on the issues confronting America today, and thoughts on how we can shore up our democracy,” Houghton Mifflin Harcourt said in an announcement.

Financial terms were not disclosed, but two people familiar with the deal told the AP that the agreement was worth seven figures, even though the book is not expected until Spring 2021, months after this fall’s election. They were not authorized to discuss negotiations and spoke on condition of anonymity to discuss financial terms. Yovanovitch was represented by the Javelin literary agency, where other clients include former FBI Director James Comey and former National Security Adviser John Bolton.

Yovanovitch told House investigators last year that Ukrainian officials had warned her in advance that Rudy Giuliani and other Trump insiders were planning to “do things, including to me” and were “looking to hurt” her. Pushed out of her job earlier in 2019 on Trump’s orders, she testified that a senior Ukrainian official told her that “I really needed to watch my back.”

Yovanovitch was recalled from Kyiv as Giuliani pressed Ukrainian officials to investigate baseless corruption allegations against Democrat Joe Biden and his son Hunter, who was involved with Burisma, a gas company there. Biden, the former vice president, is a contender for the 2020 presidential election.

According to a White House transcript, Trump told Ukranian leader Volodymyr Zelensky last summer that Yovanovitch, “was bad news and the people she was dealing with in the Ukraine were bad news.”

The allegations that Trump pressured Ukraine to investigate a political opponent led to his impeachment in December on two counts by the Democratic-run House. Earlier this month, the Republican-run Senate acquitted him on both counts.

Yovanovitch, 61, was appointed ambassador to Ukraine in 2016 by President Barack Obama. She recently was given the Trainor Award, an honor for international diplomacy presented by Georgetown University and currently is a non resident fellow at Georgetown’s Institute for the Study of Diplomacy.