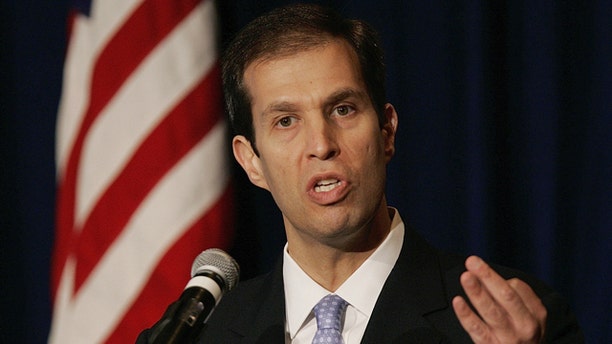 WASHINGTON -- Former Republican Party Chairman Ken Mehlman says in a magazine interview that he is gay.

Mehlman, who was campaign manager for President George W. Bush in 2004 and then RNC chairman after Bush's re-election, told The Atlantic in an interview published online Wednesday that he came to the conclusion he is gay recently and wanted to talk about it publicly because he wants to become an advocate for gay marriage. He also thought questions would arise when he participates in an upcoming fundraiser for the group challenging California's ballot measure opposing those marriages.

"It's taken me 43 years to get comfortable with that part of my life," said Mehlman, now an executive vice president with KKR, a New York City-based private equity firm. "Everybody has their own path to travel, their own journey, and for me, over the past few months, I've told my family, friends, former colleagues and current colleagues and they've been wonderful and supportive. The process has been something that has made me a happier and better person. It's something I wish I had done years ago."

Mehlman's leadership positions with the Republican Party came at a time when some in the party were working to put anti-gay ballot measures before the public in several states. He has said he tried to convince Republican officials privately not to attack gay marriage, The Atlantic reported. He also said that, as a solitary Republican, he could not go against the party consensus.

Mehlman, who has never married, said he wishes he had tried to expand the GOP's outreach to the gay community and worked openly against political initiatives opposing gay marriage.