Adam DiSabato, a former captain of the Ohio State wrestling team who was on the squad from 1988 to 1993, testified to Ohio's legislature Tuesday that Rep. Jim Jordan, R-Ohio, asked him to deny 2018 allegations by his brother Mike DiSabato that Jordan knew about the sexual abuse of male wrestlers while he was a coach at the university.

Jordan, a former assistant wrestling coach, has denied multiple times knowing about any sexual abuse while he was at Ohio State. DiSabato's comments came as the state's House Civil Justice Committee was considering legislation to allow victims to sue Ohio State for sexual abuse by a doctor who was employed there for 20 years.

"Ohio State is too arrogant," DiSabato said. "They think it's going to go away. Jim Jordan called me crying, crying, groveling, on the Fourth of July, begging me to go against my brother. Begging me, crying for a half hour. That's the kind of cover-up that's going on there." 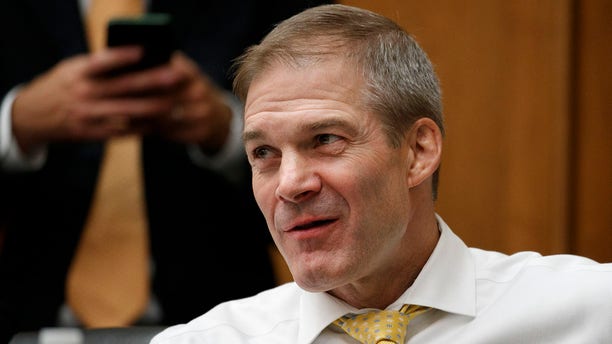 "Another lie," Jordan spokesman Ian Fury said in a statement to Fox News. "Congressman Jordan never saw or heard of any abuse, and if he had he would have dealt with it."

The Fourth of July part of DiSabato's comments appears to refer to July 4, 2018. On July 3, 2018 NBC News reported that Mike DiSabato was accusing Jordan of knowing about the abuse from Dr. Richard Strauss, who died in 2005 and had been under investigation since earlier in 2008. That was the first report alleging that Jordan knew about the abuse. At least 177 former students said they were abused by Strauss between 1978 and 1998.

In a July 6, 2018 interview on Fox News' "Special Report" with Bret Baier, Jordan fought back against the allegations.

"I never saw, never heard of, never told of any kind of abuse," he maintained. "We would’ve dealt with it if we knew of anything that happened.”

Jordan has said that he was vindicated by a lengthy report released last May that stated it could not "identify any other contemporaneous documentary evidence indicating that members of the OSU coaching staff, including head coaches or assistant coaches, received or were aware of complaints regarding Strauss sexual misconduct."

In fact, Jordan's name does not appear once in the entire report. It goes on to say that "the Investigative Team received allegations from numerous student-athletes indicating that they talked about Strauss’ inappropriate genital exams and complained about Strauss’ locker room and shower room voyeurism, directly to—or in front of—OSU coaching staff."

DiSabato, in emotional testimony, also alleged that Jordan called him repeatedly after the July 4 conversation.

"Jim Jordan called me several times after that, that week," he said. "I had to have my lawyer call him, tell him to stop calling me. I had a teammate, George Pardos, I called and told him, 'Call Jim Jordan and tell him to quit calling me or I'm going to beat his ass.' That's what I said."

Pardos told NBC News Wednesday that DiSabato's characterization of events from summer 2018 was incorrect, specifically regarding how often Jordan was calling him. Pardos did, however, acknowledge that DiSabato is a victim and criticized Ohio State's handling of the scandal.

DiSabato later called Jordan a "coward" and closed his testimony by saying, "That's the kind of person Jim Jordan is. Jim Jordan, if I ever see him he better not come around me, I guarantee you that."

The bill, introduced last May, has received several hearings in the Civil Justice Committee but has yet to be voted on either in committee or by the full House.