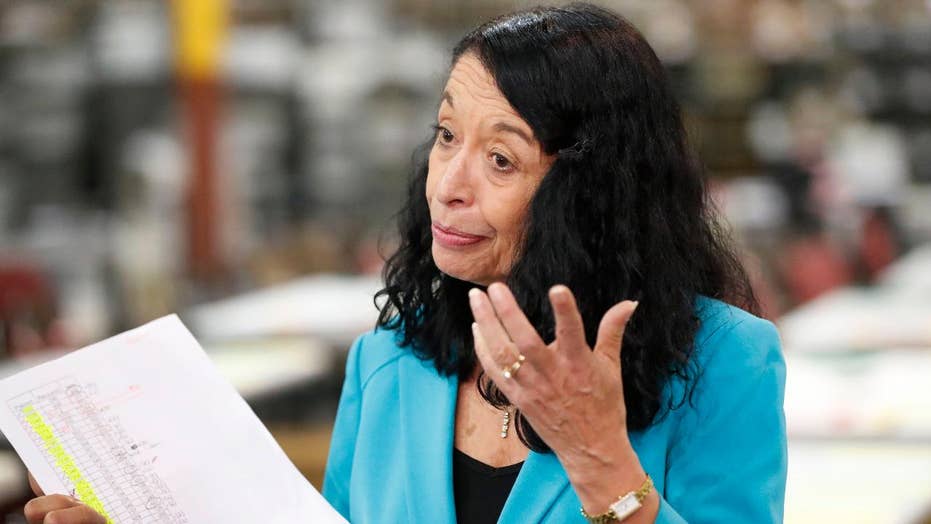 Palm Beach Co. official on why recount deadline was missed

Although the recount efforts have largely concluded in Florida, Palm Beach County officials said they could still be counting ballots all the way until Christmas in one race.

Palm Beach County Supervisor of Elections Susan Bucher told WINK-TV that while her department was able to tally and submit results for the House District 89 contest, it did not finish recounting the more than 600,000 votes submitted for agriculture commissioner before the deadline. Officials told the news station the counting could continue all the way until Christmas.

Bucher has spent several nights during the contentious recount efforts sleeping on a cot in the counting center, the Miami Herald reported.

“What we’re asked to do is recreate two to three weeks of work in a couple of days,” she said.

FLORIDA RACES HEAD TO RECOUNT: A LOOK AT PAST EFFORTS IN US HISTORY

Democrat Nikki Fried leads Republican Matt Caldwell by more than 6,700 votes, according to unofficial totals produced by Florida’s Division of Elections. On Twitter, Fried declared victory, saying she is “honored to serve as your next Commissioner of Agriculture.”

The state is expected to certify the election results on Nov. 20, but even still, Palm Beach County officials are required by law to continue counting until it's completed, according to the Miami Herald.

Bucher previously said the recount could take until Dec. 15 or until “the later part of December, very close to Christmas.” However, that was before Tallahassee Mayor Andrew Gillum conceded to Republican Ron DeSantis in the tight gubernatorial contest, the Miami Herald noted.

WITH BRENDA SNIPES' RESIGNATION, WHO WILL BE IN CHARGE OF REPLACING HER?

The counting could stop if Caldwell concedes. However, a Caldwell campaign spokeswoman told the Miami Herald he does not plan to do so.

Palm Beach and Broward Counties were at the center of the closely-watched Florida recount in multiple races, including the gubernatorial and Senate contests. Embattled Broward County Supervisor of Elections Brenda Snipes has reportedly resigned.

If her win holds up, Fried would replace outgoing Sen. Bill Nelson as the only Florida Democrat holding a statewide office. The governor, the other two Cabinet positions and both senators will be Republicans.