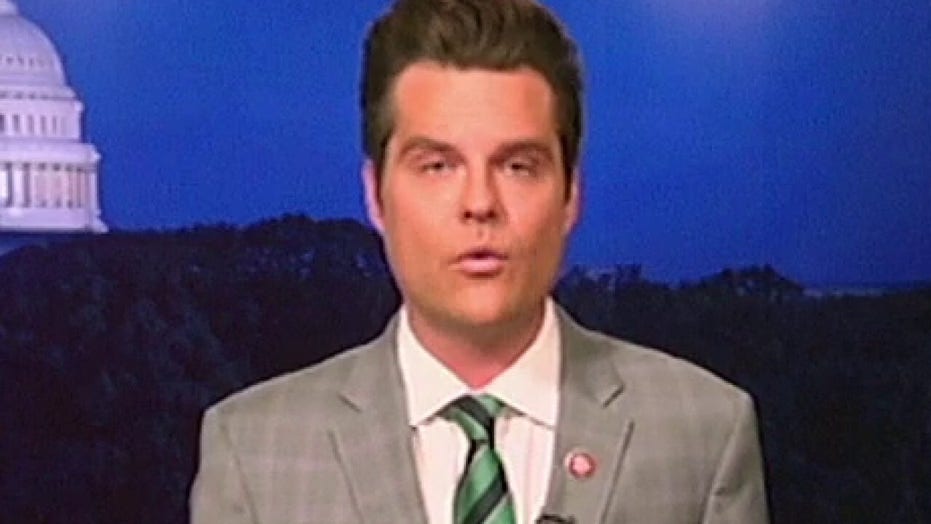 Rep. Gaetz: I spoke with Florida attorney general, criminal probe may already be underway for Bloomberg

Florida Attorney General Ashley Moody is calling for further investigation into whether billionaire Mike Bloomberg violated a state statute when he reportedly raised $16 million to help felons vote in the upcoming presidential election.

“Today, I sent a letter to the Florida Department of Law Enforcement and the Federal Bureau of Investigation into potential violations of election laws," Moody said in a statement provided to Fox News.

"I have instructed the statewide prosecutor to work with law enforcement and any statewide grand jury that the governor may call," she said.

Just a day before, Bloomberg announced the hefty sum would go toward paying restitution and court fines that prevent Florida felons from voting.

Gaetz on Wednesday praised Moody's actions to investigate the donations.

A portion of the Florida statutes governing electors and elections code states, "Any person who gives anything of value that is redeemable in cash to any person in consideration for his or her becoming a registered voter commits a felony of the third degree."

The law excludes services such as transportation or baby-sitting that would require payment to allow a voter to register.

Another statute stipulates that "no person shall directly or indirectly give or promise anything of value to another intending thereby to buy that person's or another's vote."

Bloomberg's donation went to the Florida Rights Restoration Coalition, which has raised about $5 million for the same initiative.

Bloomberg made calls to raise almost $17 million more, according to his staffers, the Associated Press reported Tuesday.

Just days before, the former mayor of New York City pledged another $100 million to the state of Florida on behalf of Biden's election efforts.

The red tape surrounding felon voting stems from a bill signed by Republican Gov. Ron DeSantis and upheld by a court ruling in September.

The bill stipulates that felons must pay all fines, restitution and other legal financial obligations before their sentences could be considered fully served and they are allowed to vote.

The issue is made even more pressing by the upcoming election in November, particularly because Florida, with its Republican-held legislature, is a key battleground state, with 29 electoral votes up for grabs.

Although Biden has enjoyed a slight edge over President Trump in the state in recent polls, Democrats worry the narrow margin may not be enough to best Trump, whose Electoral College win in 2016 was bolstered by a narrow victory in Florida over then-Democratic nominee Hillary Clinton.