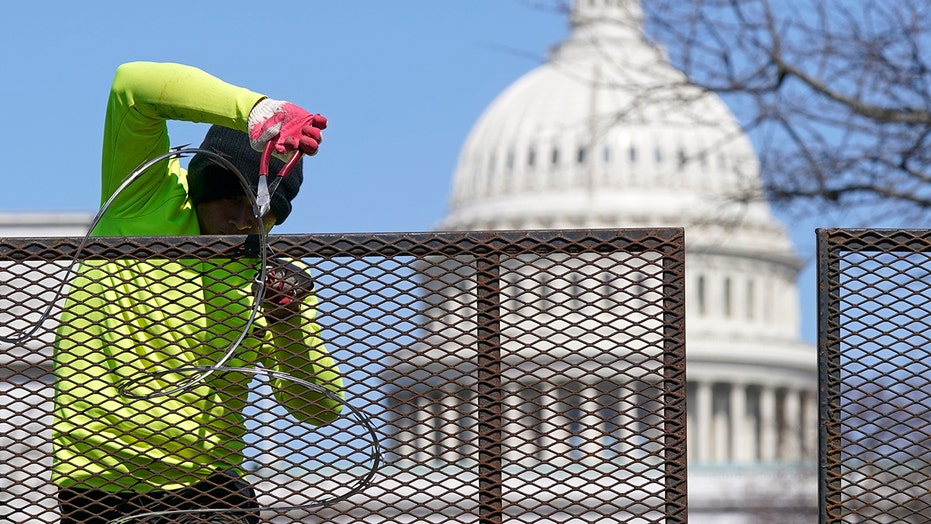 The remaining fence surrounding the U.S. Capitol will start to come down on July 8, Fox News is told.

Officials installed a two layers of fencing blocking off the Capitol shortly after the Jan. 6 riot. they removed the larger perimeter of fencing in March, but the inner fencing remained.

The National Guard was also deployed to D.C. in the wake of the riot, and at its peak some 5,200 Guardsmen stood watch at the Capitol. The last remaining Guard members left on May 23.

Still, Fox News is told there are questions as to whether the U.S. Capitol Police have the resources to protect the Capitol. Many officers have left or remain injured. Morale remains very low after the riot.

"We don’t know that we are in a better position than we were on January 5," cautioned one knowledgeable source on the issue.

A number of lawmakers told Fox they agree that it is time to take down the fence.

"This is the people's House and this belongs to the American people. We want it to be free and open," Democratic Rep. Don Beyer, Va., told Fox News. "The House did pass a bill that would put a lot more money in the Capitol Police and the kind of training and the resources necessary if there were an attack. And I think that'll be fine.

"It's also is a terrible signal," Beyer continued. "As we call it, Baghdad on the Potomac, we don't want this to be like the Green Zone."

The fence is one of the ways they justify continuing to talk about January 6. Is there still some threat? They've got us walking through magnetometers. Members of Congress are no threat to each other, but they want to keep the focus on what happened on January 6. And then somehow Trump is still a problem out there that Americans are concerned about. And we're just not. This is just, it's pure politics."

"This fence is in no way going to be needed now or in the future."

Federal prosecutors so far have charged more than 500 for involvement in the breach of the Capitol building that led to five deaths.

In April, a motorist rammed his car into Capitol Police, killing one officer and forcing the Capitol complex to go into lockdown.

Last month, the Homeland Security and Governmental Affairs Committee and the Senate Rules Committee released their report on the riot.

This week, the House passed legislation to create a select committee focused solely on investigating the  riot, a move that was panned by Republicans as too partisan but hailed by Democrats as necessary to give the American people a full accounting of what happened during the deadly attack.