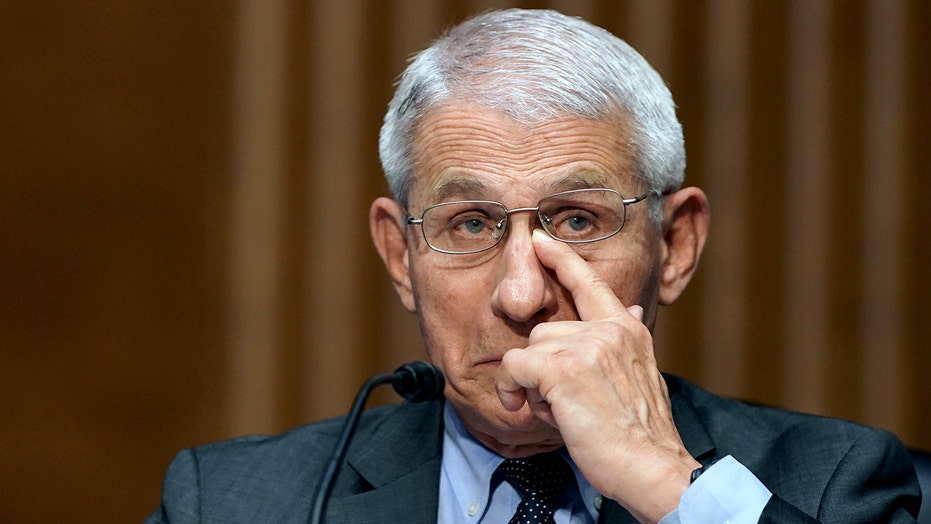 Dr. Anthony Fauci says he is "not convinced" COVID-19 developed naturally, and called for an open investigation into the virus' origins.

"There’s a lot of cloudiness around the origins of COVID-19 still, so I wanted to ask, are you still confident that it developed naturally?" PolitiFact’s Katie Sanders asked the nation’s top infectious disease expert in an event, United Facts of America: A Festival of Fact-Checking event.

"No actually," Fauci, director of the National Institute of Allergies and Infectious Diseases (NIAID)  said, around 12 minutes into footage of the event, which was held earlier this month but overlooked by most media outlets. "I am not convinced about that, I think we should continue to investigate what went on in China until we continue to find out to the best of our ability what happened."

"Certainly, the people who investigated it say it likely was the emergence from an animal reservoir that then infected individuals, but it could have been something else, and we need to find that out. So, you know, that’s the reason why I said I’m perfectly in favor of any investigation that looks into the origin of the virus," he continued.

"Will you in front of this group categorically say that the COVID-19 virus could not have occurred by serial passage in a laboratory?" Sen. Rand Paul had asked Fauci during a Senate hearing last Tuesday.

Fauci did not explicitly rule out such a possibility: "I do not have any accounting of what the Chinese may have done, and I'm fully in favor of any further investigation of what went on in China," he said. "However, I will repeat again, the NIH and NIAID categorically has not funded gain of function research to be conducted in the Wuhan Institute of Virology."

Paul had claimed that funding through the National Institutes of Health (NIH) had been funneled to controversial Wuhan Institute of Virology -- the Chinese lab that is believed to have played a role in the initial outbreak of COVID-19. Paul specifically zeroed in on gain of function research -- which works on making pathogens deadlier or more easily transmissible. He alleged that a U.S. virologist had been working with the Chinese institute on such research and said it was funded by the NIH.

Fauci said at the fact-checking event that Paul had been "conflating… in a way that’s almost irresponsible" collaborative research into Sars-Cov-1, which emerged in China in the early 2000s, with Chinese scientists.

Trump administration officials and Republicans on the Hill have long argued there is a high chance COVID-19 was the result of a lab leak. The World Health Organization (WHO) declared the lab leak theory "extremely unlikely" last week, but even Dr. Tedros Adhanom Ghebreyesus, WHO chief, has said the research team’s assessment on whether the virus entered the human population following a laboratory incident was not "extensive enough" and requires further investigation.

The White House has not yet said whether it’s seen evidence to disprove the lab leak theory, but has joined calls for an independent investigation.

White House press secretary Jen Psaki said this week the Biden administration has conveyed both publicly and privately that the Chinese government was "not transparent from the beginning."

Fauci’s more recent remarks show an evolution in the doctor’s beliefs on coronavirus’ origins over the past year. In May 2020, Fauci largely dismissed the lab leak theory.

"If you look at the evolution of the virus in bats and what’s out there now, [the scientific evidence] is very, very strongly leaning toward this could not have been artificially or deliberately manipulated," he told National Geographic at the time.

"Everything about the stepwise evolution over time strongly indicates that [this virus] evolved in nature and then jumped species," he said. He told the magazine at the time that based on the scientific evidence, he does not entertain the lab leak theory.