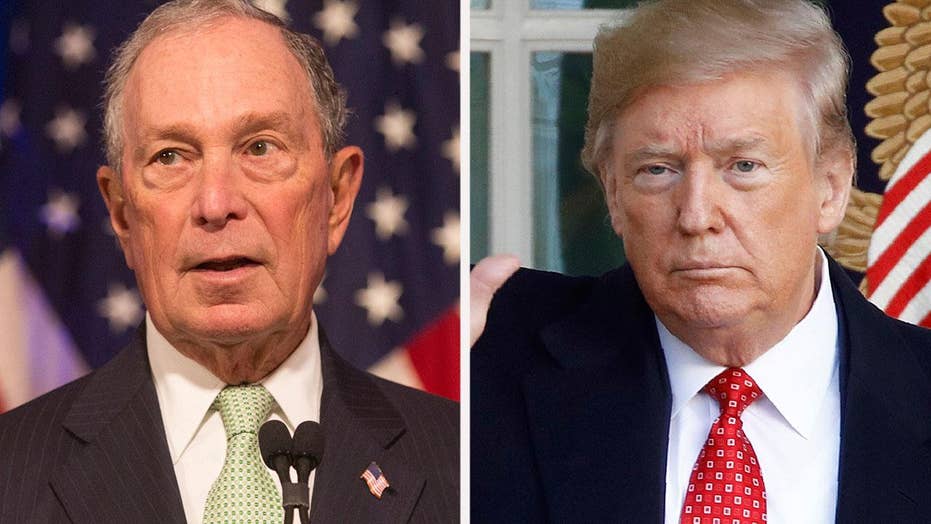 Progressives unleashed on Immigration and Customs Enforcement (ICE) Wednesday over reports that the agency arrested 90 foreign-born students who had enrolled in a fake university, but someone forgot to tell them that the sting operation predates their favorite target, President Trump.

Rep. Alexandria Ocasio-Cortez, D-N.Y., and others reacted to news of the arrests by accusing ICE of entrapping students and implying that the tactic was new under the Trump administration. As it turns out, former President Obama's administration not only founded the fake university, it engaged in a similar operation in New Jersey in 2016.

"Earlier this year, Congress rushed to approve BILLIONS more $ for ICE + CBP," Ocasio-Cortez tweeted. "I saw members voting YES w/o even a summary of the bill. Nobody cared then how we’d pay for it. Now ICE is setting up fake universities to trap students. Yet were [sic] called radical for opposing it."

In total, 250 students have been arrested in connection to the fake University of Farmington. When the university and associated arrests were reported on in January of 2019, federal prosecutors alleged the students had knowingly enrolled in the fake school in order to maintain their student visa status.

“Each of the foreign citizens who ‘enrolled’ and made ‘tuition’ payments to the University knew that they would not attend any actual classes, earn credits, or make academic progress toward an actual degree in a particular field of study,” the indictments read, according to The New York Times.

The Detroit News reported that Homeland Security agents started posing as university officials in 2017, but the university initially opened in 2015 as part of "Paper Chase" -- an undercover operation geared toward exposing recruiters engaging in immigration fraud.

The vast majority (80 percent) of the arrests in Michigan resulted in "voluntary departure" from the United States, according to the Detroit Free Press. The remaining students either received an order for removal, contested their removal, or filed for relief.

While many progressive complaints didn't specifically blame the Trump administration, the incident highlighted how Trump has repeatedly been attacked for tactics used or supported by his predecessor. Ocasio-Cortez has also clarified that she opposed Obama's immigration policies.

One of Democrats' primary complaints about Trump is that he put "kids in cages" — a reference to the detention of undocumented minors attempting to cross the border.

Johnson said that chain-link fences or "cages" weren't ideal but were one of the ways authorities dealt with a mass immigrants that had to be transferred to Health and Human Services (HHS) within 72 hours. "During that 72 hour period, when you have something that is a multiple -- like four times of what you're accustomed to in the existing infrastructure, you've got to find places quickly to put kids," he said before suggesting the alternative was putting them on "the streets."

And when House Democrats held a hearing on migrant detention, they brandished an Obama-era photo of fenced-in migrants.

Manfred Nowak, an expert from the U.N. Global Study on Children Deprived of Liberty, claimed that 100,000 migrant children were detained by the Trump administration and indicated that it was the "world's highest rate" of detained children. The following day, however, Nowak acknowledged that the cited number was from 2015, under President Obama.