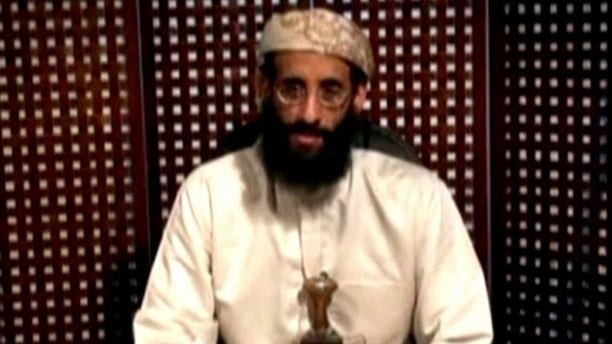 Anwar al-Awlaki was president of the Colorado State University chapter of the Muslim Student Association before becoming one of Al Qaeda's top leaders. (Reuters)

Outgoing FBI Director Robert Mueller was more deeply involved in the post-9/11 handling of cleric Anwar al-Awlaki -- the first American targeted for death by the CIA -- than previously known, according to newly released documents reviewed exclusively by Fox News.

The documents, released after Judicial Watch filed a Freedom of Information Act request and then sued the FBI, show a memo from Mueller to then-Attorney General John Ashcroft on Oct. 3, 2002. It is marked “Secret” and titled “Anwar Aulaqi: IT-UBL/AL-QAEDA.”

While the substance of the memo is redacted in full, with the FBI citing classified material, the memo is one of at least three FBI reports -- whose primary subject is the cleric -- in the nine days leading up to Awlaki’s sudden return to the U.S. in October 2002.

The documents suggest the FBI was well aware of Awlaki’s movements, raising questions about why more wasn’t done to detain him.

As part of its ongoing investigation into the cleric, Fox News previously reported that after arriving at JFK airport from Yemen via Saudi Arabia and being detained by customs officers on Oct. 10, 2002, the cleric was allowed into the U.S. under the orders of FBI Agent Wade Ammerman from the bureau’s Washington office -- despite an active warrant for Awlaki’s arrest. The cleric later appeared with a government witness at the home of Ali al-Timimi, who was the target of Ammerman’s counterterrorism investigation. Al-Timimi, who was convicted on non-terrorism charges in 2005, is appealing the conviction which includes a life sentence.

National security defense attorney Edward MacMahon Jr., who represented al-Timimi, told Fox News, after reviewing the documents, that they “certainly” indicate that either Awlaki “was an asset or was put in touch with an asset.”

“It (the document) was requested and I was told it didn’t exist,” MacMahon said, adding the defense team believed Awlaki’s statements would have shown al-Timimi turned down the cleric’s requests to recruit young Muslim men for violent jihad. “Rather than admit that they messed up with Anwar Awlaki, they would rather put Ali al-Timimi in jail for rest of life and withhold all this information from him.”

Fox News in 2010 reported that the Justice Department suddenly pulled the arrest warrant for the cleric, the same week he returned to the U.S. from overseas. The arrest warrant, initiated by the Joint Terrorism Task Force or JTTF in San Diego, was a “holding charge” so that Awlaki could be pressed by federal investigators on his direct ties to 9/11 hijackers Nawaf al-Hazmi and Khalid al-Mihdhar.

The Justice Department, in explaining why it had the warrant pulled, claimed Awlaki had corrected lies about his place of birth on his Social Security card application, in turn making a passport fraud case against him weak. However, Fox News obtained, through FOIA, Awlaki’s Social Security records showing there was no correction – Awlaki only applied for a replacement card using his true place of birth, New Mexico.

The Judicial Watch records also indicate that on Oct. 1, 2002 – before he returned to the U.S. -- a memo marked “Secret” and “Priority” was faxed from the FBI’s Washington Field Office to FBI headquarters. On Oct. 3, the FBI director’s memo was sent to Ashcroft. And on Oct. 10, the day Awlaki entered the U.S., there was a heavily redacted fax from the FBI at JFK airport including the cleric’s plane ticket, customs form, passport and Social Security card.

Based on the new documents, there are at least three possible explanations for the cleric’s return and the FBI’s considerable involvement. The bureau was attempting to recruit the cleric as an asset, he was already considered a friendly contact or the bureau wanted to track him for intelligence purposes once he returned to the U.S.  The FBI’s involvement in the cleric’s case, and the actions of the FBI director, raise new questions about the secret decision to place the cleric on the CIA targeting list years later.

“Why would al-Awlaki get the attention of the FBI Director? …  Why would a warrant for his arrest be pulled when he’s trying to reenter the country”  Judicial Watch President Tom Fitton said.  “All of that, you know, put two and two together.  It seems like he was protected. … And it’s about time this administration and the government generally come clean about their relationship with al-Awlaki. It’s screaming for further clarification.”

Former Sen. Bob Graham, who led the first investigation into 9/11, known as the Joint Congressional Inquiry, told Fox News in 2011 that he wanted access to al-Awlaki but was told the cleric was out of the country and unavailable. The new documents make clear the FBI was aware of the cleric’s travel to the U.S. before the Joint Congressional Inquiry was complete in late 2002.

Graham asked Mueller for access to an FBI asset, Abdussattar Shaikh, who briefly lived with two of the 9/11 hijackers in San Diego. Hijackers Nawaf al-Hazmi and Khalid al-Midhar were known associates of al-Awlaki, and Graham concluded Mueller was very protective of the asset program.

Fox News asked the bureau about the substance of Mueller’s memo, why the bureau was tracking the cleric’s movements, whether Awlaki was an FBI asset and if the FBI sent Awlaki to al-Timimi’s home in Virginia as part of a counterterrorism investigation. The FBI has not provided comment.