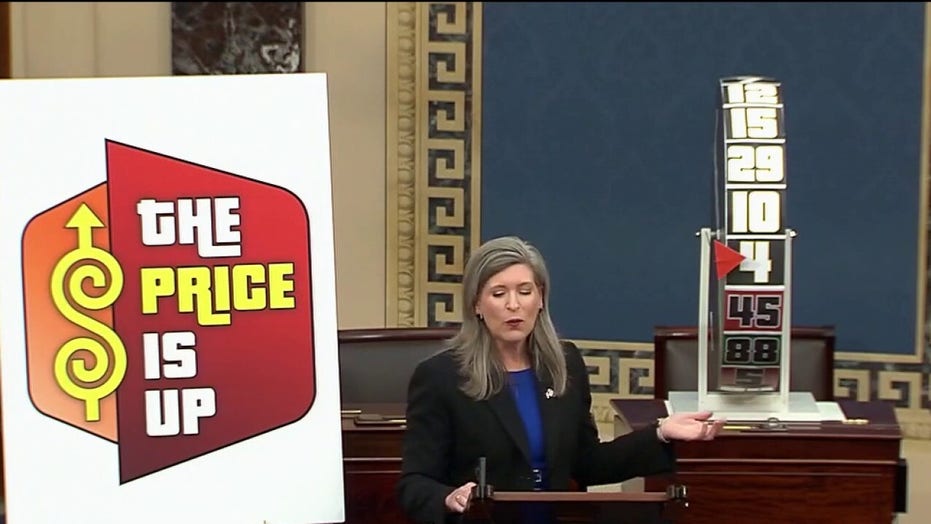 Ernst told Fox News Tuesday that she plans to award her monthly "Make 'em Squeal" recipient to DOT for "allowing taxpayers to be taken for a ride on this gravy train that is billions over budget," referring to the Bay Area rail project, which was expected to cost $4.7 billion three years ago and has now increased in price to nearly $6.9 billion.

"The tunnel being dug for this subway is literally a bottomless pit for taxpayer money," said Ernst in a press release announcing the award.

As part of Ernst's commitment to cutting wasteful spending in Washington, the senator shines a spotlight every month on a government agency or members of Congress that are misusing valuable taxpayer dollars by issuing a "Squeal" award.

The Iowa senator is also introducing a new bill Tuesday, the Put the Brakes on Boondoggles Act, that would "prevent any other tax dollars from going to rail and transit projects that are $1 billion over budget and expected to lose money."

The bill would bar DOT from providing any new assistance for a transit or rail project if the overall cost projection exceeds $1 billion and if the "operational and administrative" costs of the service provided by the project would "exceed the revenues generated from ridership annually over the next decade."

Ernst's actions come as Democrats in Congress unsuccessfully attempted to earmark more than $100 million into the COVID-19 relief bill, allotted for extending the BART Subway from San Francisco into the nearby Silicon Valley area in northern California.

Pelosi came under fire from Republicans who claimed she was funding a $1 billion per mile, and massively behind schedule, pet project to bring people and revenue into her own congressional district.

Adam Andrzejewski, CEO and founder of OpenTheBooks.com, a nonpartisan organization committed to ensuring transparency in government, told Fox News that it has filed over 40,000 Freedom of Information Act (FOIA) requests to hold the government accountable for wasteful spending.

Andrzejewski pointed to the Santa Clara Valley Transportation Authority, which has reported that the Bay Area rail expansion project would never be self-sustainable without taxpayer subsidies.

He also suggested to Fox News that since the Bay Area project is not financially sound, California should look to instead follow the lead of Arizona, which is in the process of making future light rail projects illegal and installing a more robust busing system in Phoenix.

Another example is in Honolulu, Hawaii, which terminated a high-speed rail project after it bled out millions of taxpayer dollars.