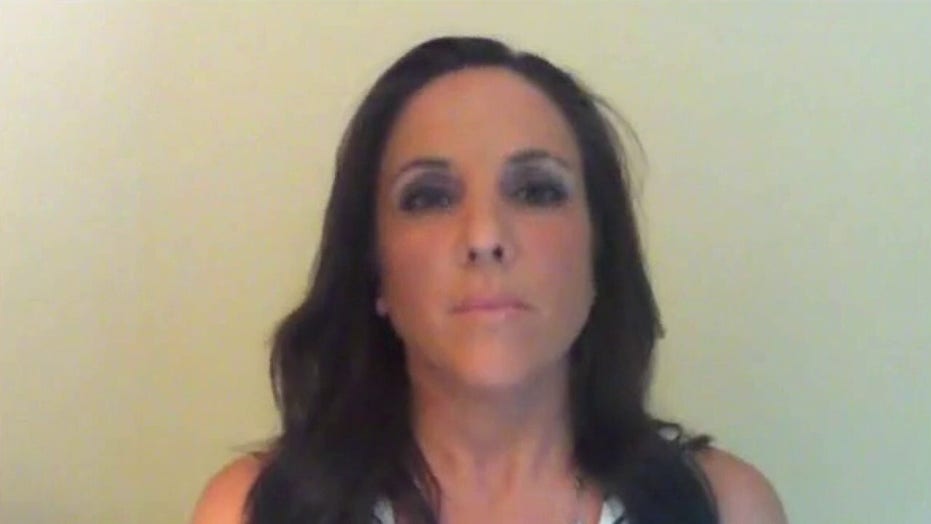 A group of GOP senators met Thursday with female Team USA and Olympic champions to discuss the controversial issue of transgender athletes participating in female sports, calling it "dangerous" for women to compete against biological males.

"I firmly believe no one should be discriminated against and that everyone should be treated with dignity, respect, and privacy. We cannot ignore the biological differences in men’s and women’s athletics," said Ernst in a statement to Fox News.

"To do so would threaten a woman’s physical safety, and limit their opportunities for athletic success and scholarships. As a woman and a mother, I am passionate about protecting women and girls, which is why I’m working with my colleagues to pass the Protection of Women and Girls in Sports Act," Ernst continued.

BANS ON TRANSGENDER ATHLETES IN FEMALE SPORTS TO BE DEFENDED BY ARKANSAS, MISSISSIPPI AND OTHER GOP STATES

Back in February, Ernst, Blackburn and Hyde-Smith co-sponsored the Protection of Women and Girls in Sports Act, designed to protect opportunities for female athletes.

"Female athletes are champions and deserve a fair chance at competing. Allowing males to compete in women’s sports denies female student athletes a level playing field to compete and achieve. It is an insult to athletes like Cynthia Monteleone, Margaret Oneal, Inga Thompson and a direct attempt to discriminate against women," Blackburn told Fox News.

The senators' discussion with the athletes, surrogates of the Independent Women's Forum, centered around the issue of "fairness" in women's sports when biological males are allowed to compete against females or on female teams.

At the 2018 World Masters Athletics Championships in Málaga, Spain, Monteleone competed against a transgender athlete from Colombia, Yanelle Del Mar Zape. According to the athlete turned coach, when she expressed concerns, she was called a "sore loser" by race officials at the championship, as they attempted to silence her.

In addition, Monteleone's daughter, high school athlete Margaret Oneal, placed second behind a biological male in a track competition during her sophomore year.

Oneal told Fox News that it was "discouraging and disheartening" to compete against a "physically stronger" biological male in her track race. She said it also took a mental toll on her teammates, who were intimidated to race against a stronger and faster male during the competition.

Thompson, who took home multiple Olympic medals in 1984, 1988 and 1992 for cycling and placed at the Tour de France in 1986, discussed added challenges she faced during her experiences racing against physically superior men when women's events were not available.

The Olympic medalist also said that despite years of working to enact Title IX protections so women could compete in sports in general, transgender activism is rolling back those important steps forward.

She also mentioned that the NCAA's recent ruling, that athletes can profit off of their names while on the college level, poses is a threat for female athletes who might be displaced by transgender athletes with a biological advantage.

Critics of transgender bans in athletics say that athletes who identify as female do not actually have a competitive advantage over biological females, particularly if they are taking hormones, and any opposing view is simply discriminatory.

However, Thompson and Monteleone pointed to multiple studies that state that even if a biological male takes female hormones, they still have a competitive advantage over women.

"As transwomen begin to win competitions, scholarships, and sponsors over biological women, females in sports will be erased," said Hyde-Smith in a statement to Fox News.

"Not that many years ago, brave women were fighting just to be allowed to compete in sports, and it is disheartening to see them being displaced by biological male athletes.  Pretending transwomen do not have a competitive advantage over biological women will close doors to female athletes, not open them."

The first openly transgender athletes are currently performing in the 2020 Tokyo Olympics. including New Zealand weightlifter Laurel Hubbard, who is set to compete for gold in the 87-kilogam category on Monday.