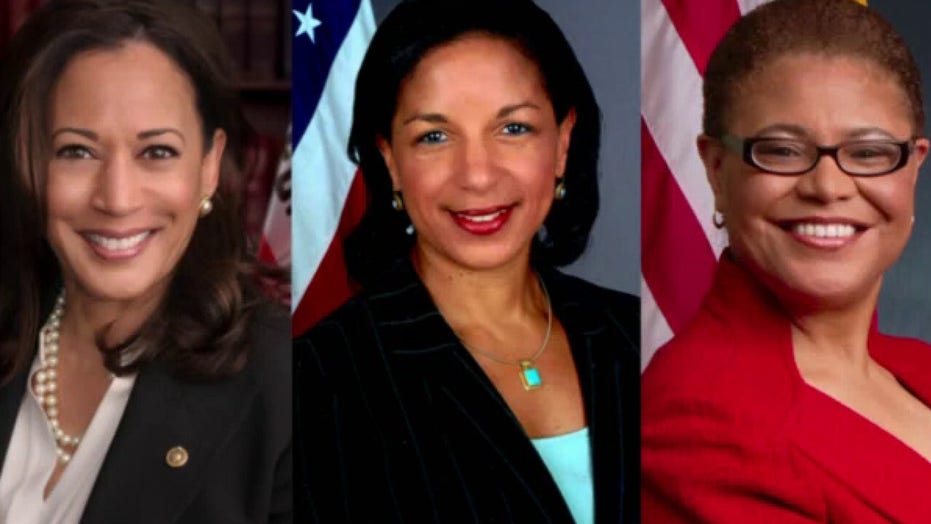 "We have seen him delay and delay and delay," she said. "Remember, if they had the [Democratic] convention at the normal time, it would have happened a month ago. Why is it so delayed?"

"Joe Biden has bad choices across the board, between crazy or even crazier when it comes to who he will try to pick," Perrine went on, describing Rep. Karen Bass, D-Calif., as "Comrade Karen Bass who praises socialist dictators," a reference to Bass' warm words for Cuban despot Fidel Castro.

She added that another presumed contender, former National Security Adviser Susan Rice, has an "abysmal record from the Obama/Biden administration."

"It truly doesn't matter who Joe Biden picks because it is a bad choice pool all around for him," Perrine said. "Not only is this who he thinks will be the future of the Democrat Party -- he says he is the transition candidate -- but look who he is talking about. He is floating 'Pretend Governor' [of Georgia] Stacey Abrams or Governor Gretchen Whitmer, Queen of Do-As-I-Say-Not-As-I-Do with her tyrannical hold in Michigan."

"It truly doesn't matter, Joe Biden is an empty vessel filled by the radicals."