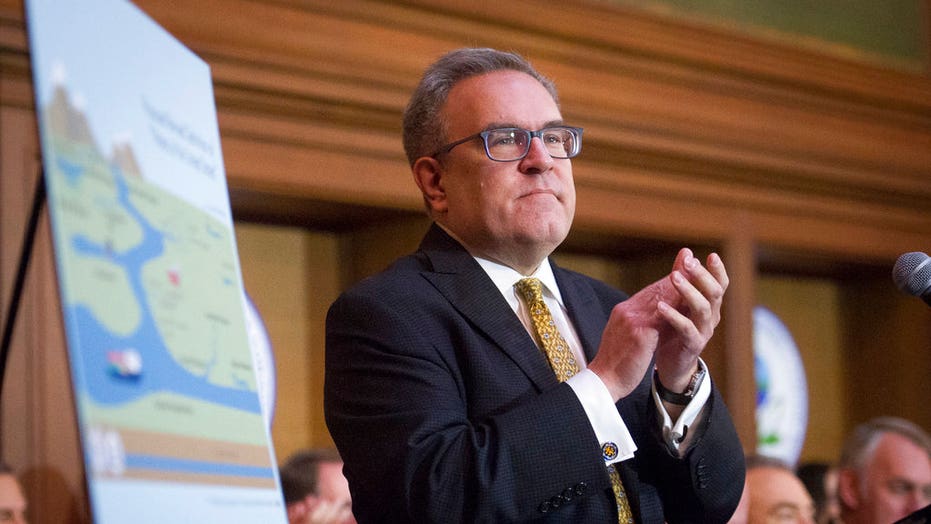 Ahead of a Thursday event in Pittsburgh, Pa. -- the nation’s No. 2 gas state -- senior EPA officials told Fox News that the changes were "the result of thoughtful cost-benefit calculations, [a] comprehensive assessment of the latest data, and appropriate application of the Clean Air Act."

The goal, they said, is to allow the oil and gas industry to innovate while also reducing redundancy and relieving convoluted reporting requirements for struggling midsize oil and gas companies as part of the administration's efforts to strengthen and promote American energy.

"Today's actions do away with one of the worst kinds of regulations we saw from the Obama-Biden administration," an official stated. "Regulations that have little effect in the real world in terms of protecting public health and the environment, but came with real costs that fell clearly on the backs of America's smaller oil and gas operators."

The amended rules would exempt oil and gas wells -- drilled since 2016 -- that are producing less than 15 barrels a day from quarterly reporting requirements and put a stop to aggregating emissions from wells, compressor stations, and pipeline emissions.

FILE - In this Nov. 24, 2014 file photo, smoke streams from the chimneys of the E.ON coal-fired power station in Gelsenkirchen, Germany. The U.N. weather agency says levels of carbon dioxide and methane, the two most important greenhouse gases, reached record highs last year. Pushed by the burning of coal, oil and gas for energy, global CO2 levels are now 143 percent higher than before the industrial revolution and scientists say that’s the main driver of global warming. (AP Photo/Martin Meissner, File) (The Associated Press)

In a controversial move, they would also end a 2016 requirement mandating oil and gas companies to install leak detection equipment and fix leaks when they are found in an effort to save money on compliance costs. Though, companies would still have to check equipment at some well sites and processing stations for smog-forming compounds.

The new rules would go into effect 60 days after they are printed in the Federal Register, which could take a month.

Environmental advocates and critics of the plan argue that revoking the original methane emissions rule ignores a legal requirement for the agency to extend the rule to cover equipment installed before 2015.

Methane is a potent greenhouse gas that leaks from oil and gas wells during drilling and fracking, pipelines and compressor stations, and other parts of the natural gas distribution system.

Climate researchers report methane is over 80 times more powerful than carbon dioxide in trapping heat over the atmosphere over a 20-year-long period.

According to the EPA, the oil and gas industry is responsible for nearly 30% of America's methane emissions.

The long-anticipated act marks yet another step of the administration's continual rollback of environmental policies aimed at combating climate change, though Wheeler assured Wednesday that the regulations would continue to protect the environment while reducing industry costs.

That said, opponents of the plan and environmental activists could quickly take to court to block the update.

The Environmental Defense Fund announced Thursday that it would sue the EPA over the rollback.

They told The Associated Press that the new rules would allow emissions of an additional five million tons of methane to the already more than 13 million tons the industry emits.

A senior EPA official called their actions "premature" and asserted that there had been "a significant amount of scientific, technical, engineering data and assessment" that went into their decisions."

"So, the notion that this regulatory action lacks a scientific basis...well, it's just straight-up dishonest," the official said, later assuring that their analysis showed emissions from U.S. sources would "continue to go down."

Although industry representatives fear more expensive rules to stop emissions, not all gas companies are on board with the EPA's plan.

Shell, BP, and ExxonMobil have supported stronger federal methane regulations for both new and existing sources, and have all set methane emissions reduction goals.