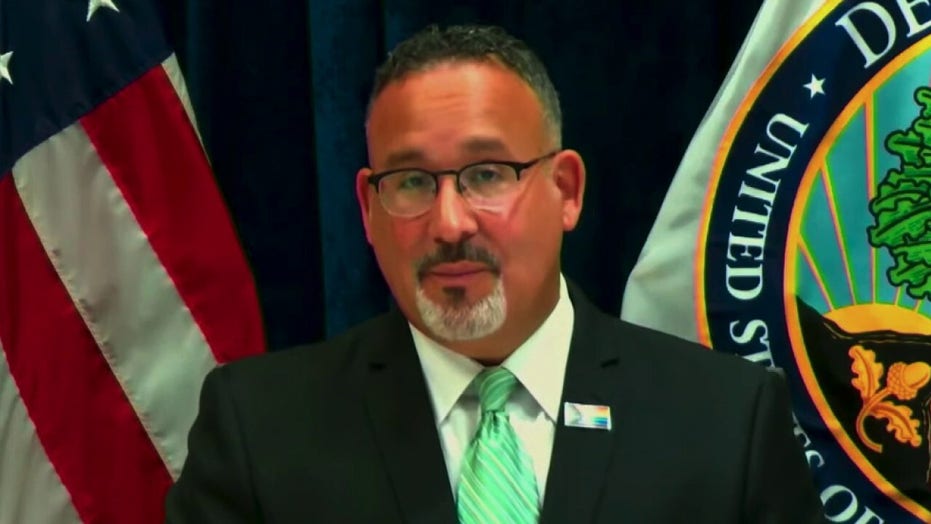 President Biden's education secretary got into a testy exchange with a Republican congresswoman as the Cabinet official refused to say how many genders there are.

During a House Education and Labor Committee hearing on the priorities of the Department of Education, Rep. Mary Miller, R-Ill., asked Education Secretary Miguel Cardona about an educational material disseminated to students and their families entitled "Confronting Anti-LGBTQI+ Harassment in Schools."

Miller highlighted one of the examples of harassment listed on the material, which depicted a teacher telling a student who "identifies as nonbinary" that there are only two genders.

"Before we start penalizing teachers for stating a genetic and biological fact about genders, can you please clarify for the committee how many genders there are?" the congresswoman asked.

Miller pressed Cardona again to quantify the number of genders that exist, though he again refused.

"That is an example under your leadership that you are putting out to people," the Illinois Republican said, referring to the document. "How many genders are there?"

Cardona quickly deflected, asking how Miller would "respond to a student who is nonbinary in your classroom," but was pressed again by the congresswoman on the number of genders that exist.

"I won't be answering your question," Cardona fired back. "You can continue your line of questioning."

President Biden was asked the same question during a 2019 campaign stop. Unlike Cardona, Biden provided an answer.

"There are at least three," Biden said, before telling the conservative activist who asked him the question: "Don't play games with me, kid."