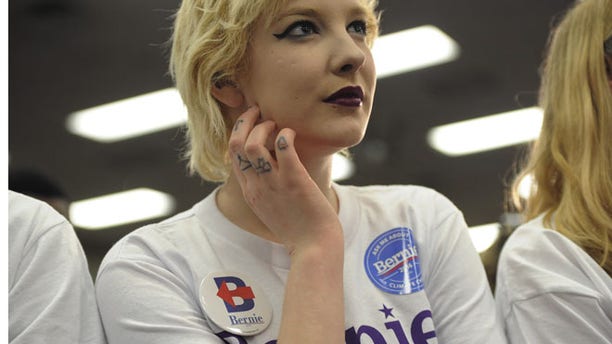 Fans of Democratic presidential candidate Bernie Sanders are wearing their support for him on their sleeves -- and on their rib cages, calves, necks and backs.

Several dozen people have flocked to Aartistic Tattoo in Montpelier, Vermont, to get a free tattoo of the senator, complete with his unkempt hair and thick-rimmed glasses.

The Burlington Free Press reports that the promotion began a week ago. Tattoo artist Chad Fay says it will run as long as Sanders does.

Tattoo artist Jessica Andrew tells the newspaper she inked Sanders' image on eight people in two days. Fay says he's done at least 15 tattoos of Sanders in the past week.