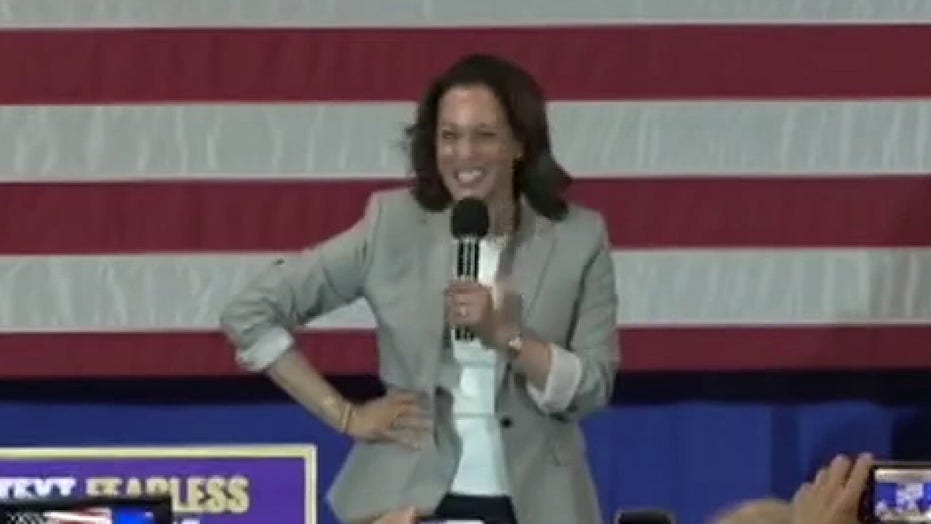 Does Kamala Harris pose a risk to Joe Biden's policies?

Democratic pollster Doug Schoen on the far left control of the Democratic Party.

"'Representative [Ilhan] Omar [D-Minn.] was facing a very well-funded candidate, also a self-described progressive who outraised her ... in the second quarter and she won by, I think, over 15 points. Representative Tlaib [D-Mich.] won handily. And AOC was renominated with about three quarters of the vote," Schoen told guest host and former Arkansas Gov. Mike Huckabee.

"So it's not just ... the positions of the Democratic Party that'll be debated, governor, but it is incontrovertible that the far-left has had great success getting reelected in House races and also electing a number of additional members to the Democratic delegation."

Omar on Tuesday defeated Democratic primary challenger, attorney Antone Melton-Meaux, who outraised her during the campaign and was endorsed by the Minneapolis Star Tribune newspaper.

Schoen noted this year's Democratic primaries had attracted a different type of voter than in the past.

"You're getting the activist progressive wing who, if they don't understand the precise ideas, get to basic ideology," he said, "and they do support to a much greater degree than the rest of the electorate defunding the police, Green New Deal, Medicare-for-all, policies that are out of step with the broader American electorate."