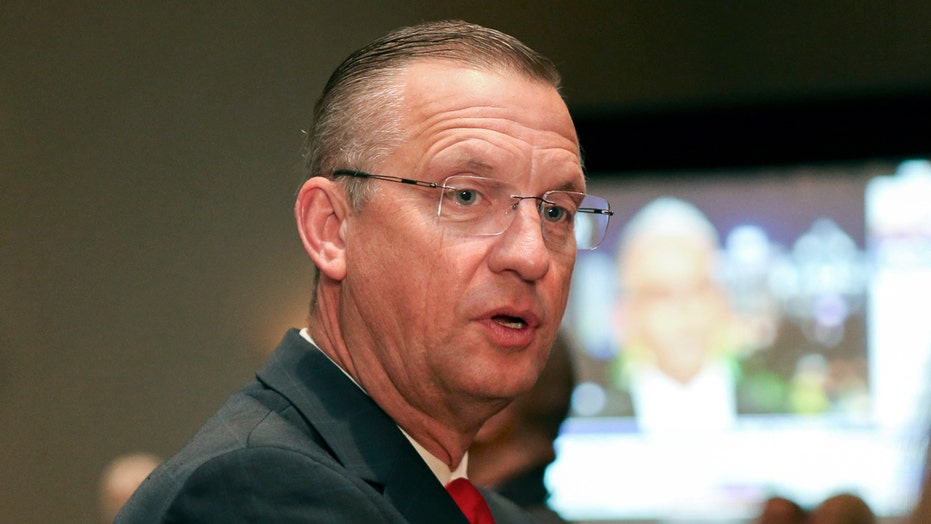 Rep. Doug Collins, R-Ga., demurred on questions about a possible run for Georgia governor after President Trump asked him if he would run during a rally in Valdosta, Ga., on Saturday.

"I appreciate the president. He's a good friend," Collins told "Fox & Friends Weekend" on Sunday. "The only political decision I'm looking at right now is helping David Perdue and Kelly Loeffler get elected."

"Doug, you want to run for governor in two years?" Trump asked on Saturday. "You're a good-looking governor."

Kemp, a Republican, pushed back on Trump’s demands for “signature verification” in an attempt to overturn election results, saying he has called for such an audit three times.

After Kemp and the president reportedly spoke Saturday morning, the Georgia governor reminded Trump of their conversation.

Trump took to Twitter to voice his frustration over losing the traditionally red state by 12,500 votes and said, “I will easily & quickly win Georgia if Governor [Kemp] or the Secretary of State permit a simple signature verification.”

“Has not been done and will show large scale discrepancies,” Trump claimed. “Why are these two ‘Republicans’ saying no? If we win Georgia, everything else falls in place!”

But the president’s Saturday comments did not line up with what Kemp reportedly told Trump.

“As I told the President this morning, I’ve publicly called for a signature audit three times (11/20, 11/24, 12/3) to restore confidence in our election process and to ensure that only legal votes are counted in Georgia,” Kemp fired back on Twitter, directly responding to Trump’s tweet.

Collins ran against Sen. Kelly Loeffler, R-Ga., in the special election earlier this year but lost. Now he is tossing his support behind her and Sen. David Perdue, R-Ga., as they run for the two seats being decided by Georgia's Senate runoffs.

"This is about actually changing the direction of the United States Senate, putting it in the hands of Chuck Schumer and an agenda that is so radical left that we cannot allow this to happen," Collins said on Sunday.