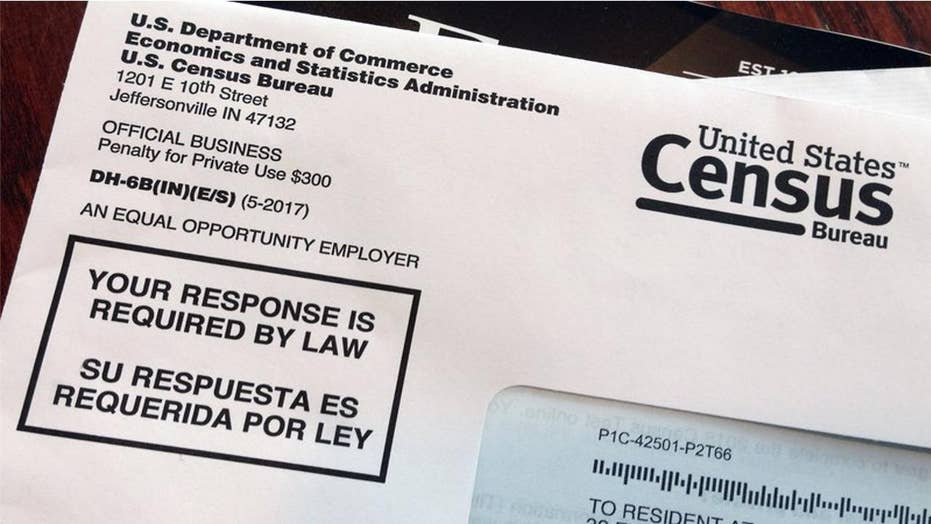 Executive order on 2020 census would be a challenge for Trump, Fox News legal analyst says

President Trump will face some 'significant challenges' from Congress if he goes forward with an executive order to put a citizenship question on the 2020 census, Fox News legal analyst Mercedes Colwin says.

The Justice Department indicated Friday it will still pursue options to add a citizenship question on the 2020 census despite a court setback, as President Trump said he is considering using an executive order as one of several options.

The Supreme Court ruled last week the administration had failed to articulate an adequate explanation for the push, essentially scuttling efforts to immediately add the question to the census forms. The administration, though, had given mixed signals about its plans, and federal Judge George Hazel of Maryland had ordered government lawyers to respond by Friday afternoon about their intentions.

The judge on Friday morning held a conference call with the parties where the Justice Department indicated it would continue the legal fight. In its filing with the court, DOJ lawyers said the department will explore a “new rationale” for including the question.

"In the event the Commerce Department adopts a new rationale for including the citizenship question on the 2020 Decennial Census consistent with the decisions of the Supreme Court, the Government will immediately notify this Court so that it can determine whether there is any need for further proceedings or relief. “

Trump told reporters Friday he is “very seriously considering” an executive order to mandate the addition of the question, saying he had spoken to Attorney General William Barr earlier in the day. Trump said he was weighing four or five options.

“We can do the printing now and maybe do an addendum after we get a positive decision [from the Supreme Court],” he said.

DEROY MURDOCK: TRUMP BOTCHES CITIZENSHIP QUESTION WITH TOO MUCH LAWYERING AND TOO LITTLE EXPLANATION

Commerce Department Secretary Wilbur Ross on Tuesday had initially conceded defeat, indicating the process for printing the census without that question had already begun. But the president quickly weighed in, tweeting Wednesday, “We are absolutely moving forward,” creating initial confusion and a scramble among Trump officials to meet the president’s demands.

Any executive order would almost certainly be challenged in court and would restart the litigation process all over again.

Hazel is overseeing a lawsuit filed by groups opposed to the question, who claimed in recent weeks the government misled the courts over the true reason for proposing the citizenship question. The judge had earlier indicated he was prepared to move ahead with the case over whether the administration sought a political advantage by adding the question. Justice Department lawyers say the effort was to ensure voting rights enforcement, but groups opposed to its inclusion say it would lead to an undercount of millions of immigrants and minorities, especially in urban areas.

The lawsuit in Maryland is related to an appeal decided by the Supreme Court on June 27.  There, a coalition of states led by New York, along with several cities and civil liberties groups, brought the legal challenge, with a 5-4 high court ruling in their favor.

Chief Justice John Roberts, joined by the court’s four more liberal members, concluded the administration’s current justification for adding the questions “seems to have been contrived.”

A federal court in California is also deciding the issue.