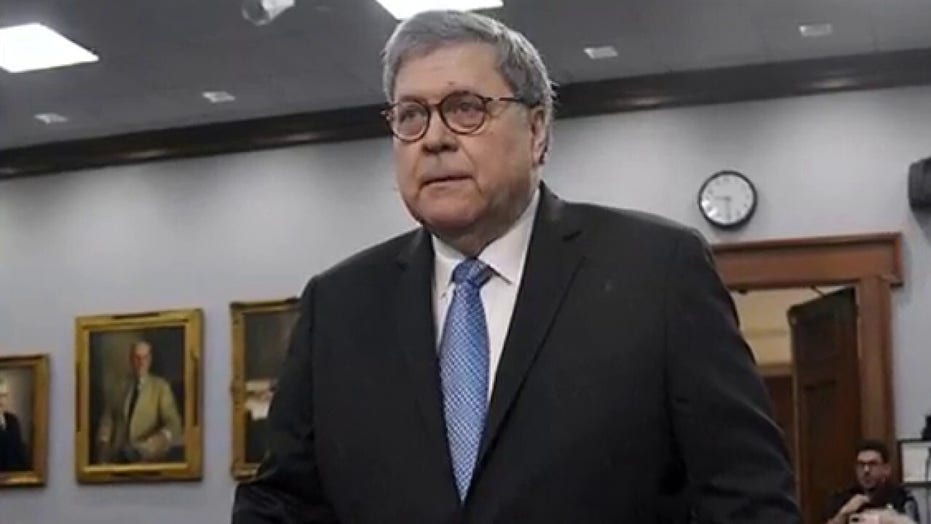 EXCLUSIVE: The Department of Justice on Friday intervened in an Illinois case that has the potential to invalidate the state’s stay-at-home order implemented by Democratic Gov. J.B. Pritzker -- while also writing to the mayor of Los Angeles to warn that a lengthy lockdown could be "arbitrary and unlawful.”

The DOJ filed a statement of interest in support of a lawsuit by state lawmaker Rep. Darren Bailey, who has sought to challenge Pritzker’s stay-at-home restrictions -- challenging whether he can keep the restrictions in place longer than the 30 days allowed by state law.

“In response to the COVID-19 pandemic, the Governor of Illinois has, over the past two months, sought to rely on authority under the Illinois Emergency Management Agency Act to impose sweeping limitations on nearly all aspects of life for citizens of Illinois, significantly impairing in some instances their ability to maintain their economic livelihoods,” the agency said in a statement.

Continuing, the DOJ said: “According to the lawsuit, the Governor’s actions are not authorized by state law, as they extend beyond the 30-day time period imposed by the Illinois legislature for the Governor’s exercise of emergency powers granted under the Act.”

Bailey last month won a lawsuit against the stay-at-home order, seeking to prevent the governor “from taking any action ... which orders Darren Bailey to stay at home, or at his place of residence, as well as limiting his ability to travel within the state..."

The motion alleged that Pritzker's stay-at-home order is "in excess of the authority granted him" under Illinois law. While that order only applied to Bailey, he has since sought to have it apply to the state as a whole. 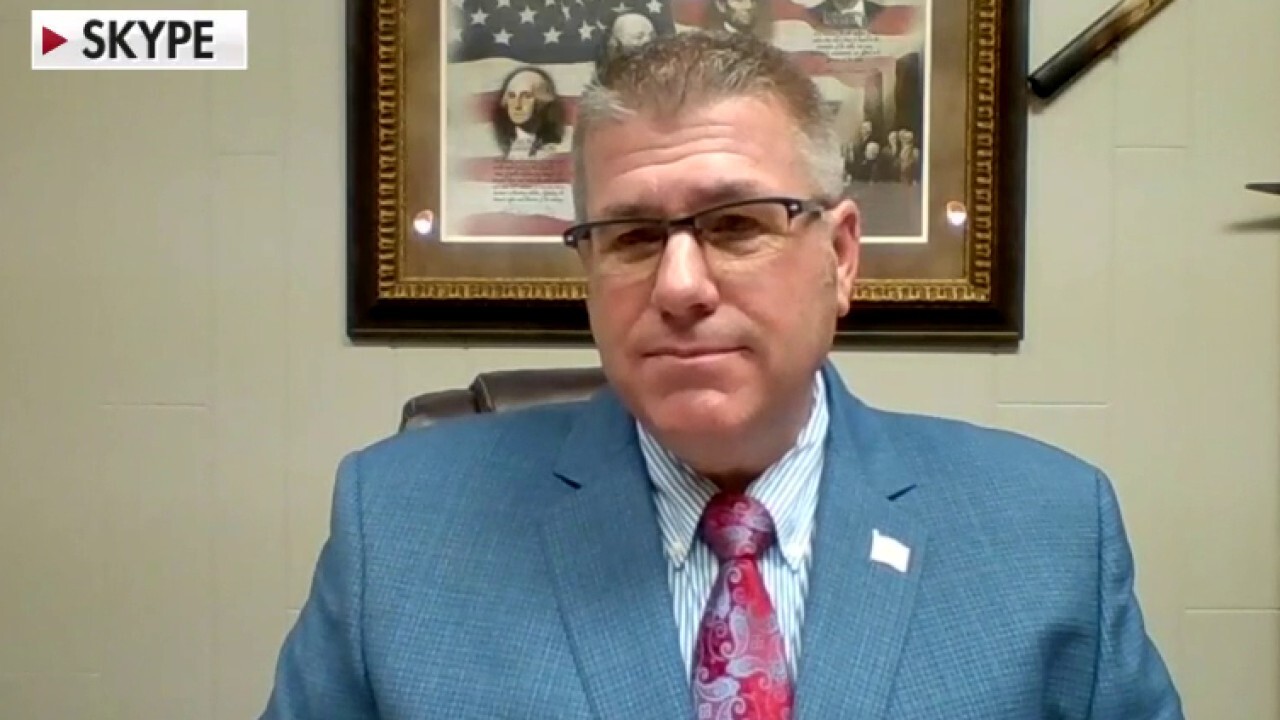 The DOJ said that Pritzker, instead of responding to a motion for summary judgement, has sought to have the case removed to federal district court

“The Governor of Illinois owes it to the people of Illinois to allow his state’s courts to adjudicate the question of whether Illinois law authorizes orders he issued to respond to COVID-19,” said Assistant Attorney General Eric Dreiband for the Civil Rights Division in a statement. “The United States Constitution and state constitutions established a system of divided and limited governmental power, and they did so to secure the blessings of liberty to all people in our country.“

“Under our system, all public officials, including governors, must comply with the law, especially during times of crisis.  The Department of Justice remains committed to defending  the rule of law and the American people at all times, especially during this difficult time as we deal with COVID-19 pandemic,” he said.

“However well-intentioned they may be, the executive orders appear to reach far beyond the scope of the 30-day emergency authority granted to the Governor under Illinois law,” Steven Weinhoeft, U.S. Attorney for the Southern District of Illinois, said.

The governor has defended his orders, and has criticized Bailey for taking the legal action.

"It’s insulting. It’s dangerous and people’s safety and health have now been put at risk,” Pritzker said, according to the Associated Press. “There may be people who contract coronavirus as a result of what Darren Bailey has done." 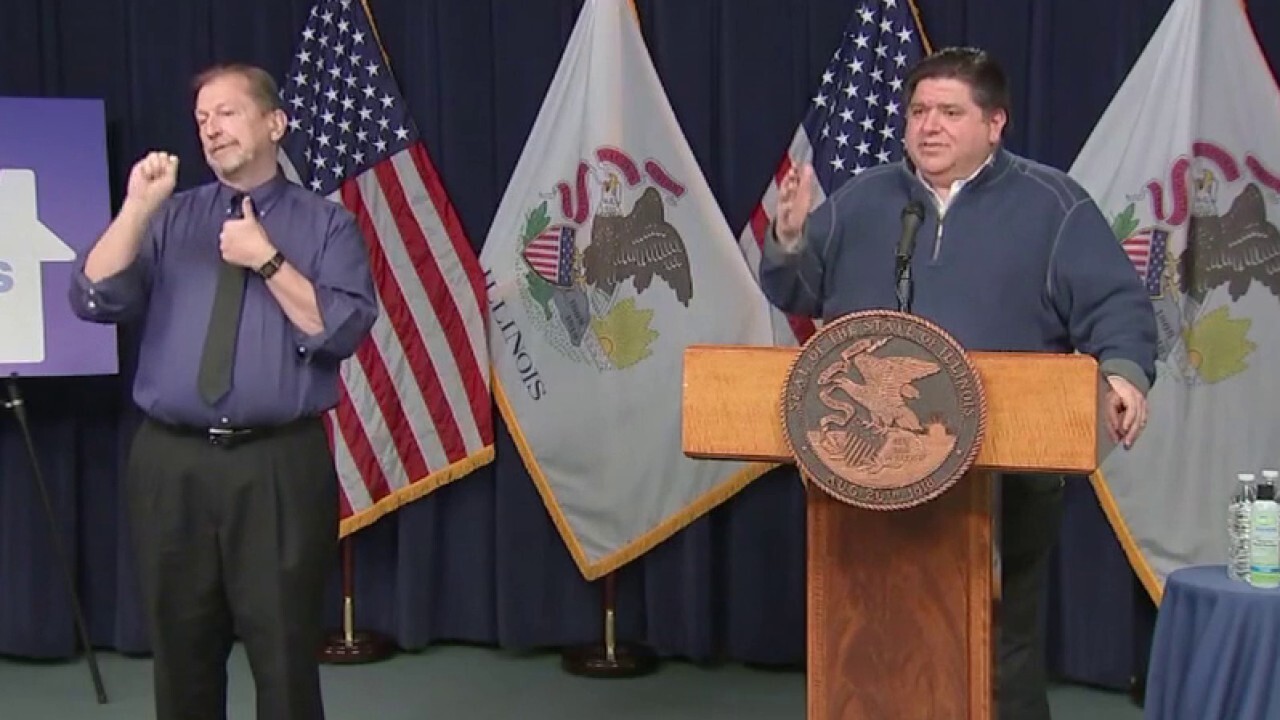 Both Garcetti and Health Director Barbara Ferrer have suggested restrictions could be in place for months, with Ferrer saying that stay-at-home restrictions will be in place “for the next three months” unless a vaccine is discovered.

In the letter, the DOJ said that it “recognizes and appreciates the duty that you have to protect the health and safety of the residents of the Los Angeles area in the midst of a pandemic that is unprecedented in our lifetimes.”

“Governmental authority, however, is not limitless, and must be exercised reasonably,” the letter says.

“Even in times of emergency, when governments may impose reasonable and temporary restrictions, the Constitution and federal statutory law prohibit arbitrary, unreasonable actions,” it says. “Simply put, there is no pandemic exception to the U.S. Constitution and its Bill of Rights.”

Last month the DOJ intervened in a Mississippi church’s lawsuit by saying in a court filing that it "strongly suggests that the city’s actions target religious conduct" after the church sued police for ticketing congregants during a drive-in service amid coronavirus.

It sided with Temple Baptist Church in Greenville, Miss., after Greenville police officers began issuing $500 tickets to congregants who refused to leave a parking lot where the church was holding a drive-in service.

In the statement of interest, Attorney General William Barr said that the city “appears to have thereby singled churches out as the only essential service (as designated by the state of Mississippi) that may not operate despite following all CDC and state recommendations regarding social distancing."

Meanwhile, President Trump on Friday threatened to “override” governors who refused to allow places of worship to open.