More Democrats are urging House Speaker Nancy Pelosi to send the articles of impeachment against President Trump to the Senate so a trial can get underway.

Those joining the list include Sen. Dianne Feinstein from Pelosi's home state of California, as well as Sens. Joe Manchin of West Virginia and independent Angus King of Maine, who caucuses with the Democrats.

“The longer it goes on the less urgent it becomes,” Feinstein told Politico about Pelosi's withholding of the articles approved last month, charging Trump with abuse of power and obstruction of Congress. “So if it’s serious and urgent, send them over. If it isn’t, don’t send it over.”

Manchin agreed with Feinstein that the House “should move on” and deliver the articles to Senate Majority Leader Mitch McConnell.

"It is time," King said Tuesday, according to NBC News.

Pelosi has been holding on to the articles since December in an effort to get McConnell, R-Ky., to agree to certain conditions for a trial, such as allowing witnesses to testify.

“We need to get folks to testify and we need more information ... but nonetheless, I’m ready,” Sen. Jon Tester, D-Mont., said, according to Politico. “I don’t know what leverage we have. It looks like the cake is already baked.”

GRAHAM’S RESOLUTION CALLS ON PELOSI TO SEND ARTICLES OF IMPEACHMENT TO SENATE, SAYS TRIAL WILL START NEXT WEEK 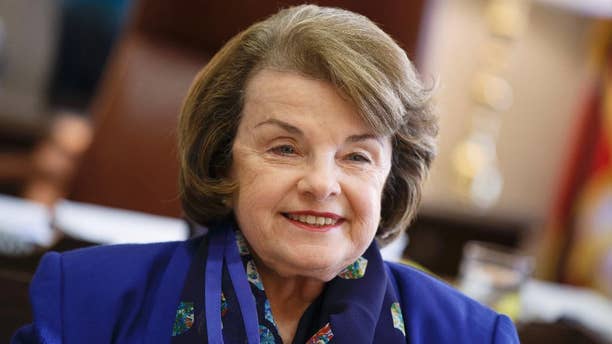 “We are reaching a point where the articles of impeachment should be sent,” Blumenthal told reporters.

Former national security adviser John Bolton on Monday said he would be willing to testify in a Senate trial if he was subpoenaed and Sen. Mitt Romney, R-Utah, said he wants to hear from him.

Still, McConnell said Tuesday he has the votes to move forward with a trial without any witnesses.

House Intelligence Committee Chairman Adam Schiff has also left open the possibility that Bolton could appear before the House if the Senate doesn't call him.

Pelosi said she plans to hold on to the impeachment articles until she learns about how the Senate trial will proceed.