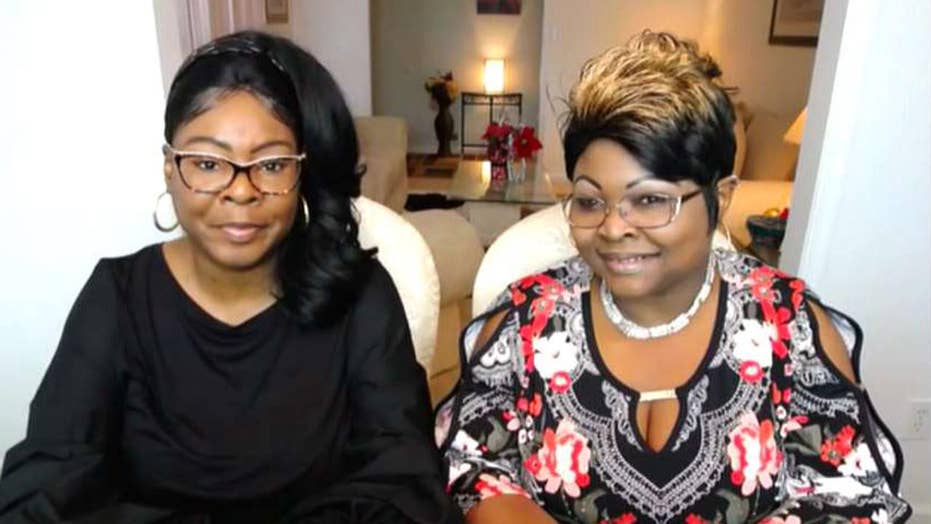 Massachusetts Sen. Elizabeth Warren listed her race as American Indian on her 1986 registration card for the Texas Bar; reaction from Diamond &amp; Silk.

Diamond and Silk unloaded a chorus of attacks on socialism, the Green New Deal, anti-Israel politicians and race-baiting hate-crime hoaxes in a fiery tandem address at the Conservative Political Action Conference (CPAC) on Thursday, prompting some of the biggest standing ovations and loudest chants of the day.

CPAC, held in National Harbor, Maryland, offered opportunities throughout the day for prominent Republicans -- including Ohio Rep. Jim Jordan, the top Republican on the House Oversight Committee, as well as North Carolina Rep. Mark Meadows -- to sound off on current events, as Ronald Reagan soundbites occasionally rang throughout the halls.

"First of all, we want to say thank you to CPAC for giving two conservative black chicks who are down with politics the opportunity to be here," Diamond said. "I'm not gonna be here long -- but I just came here to talk about what makes America great."

"That's right. Yes, yes, yes," Silk responded, in one of her trademark interjections.

"We have the right to act, speak, think what we want without hindrance and restraint from our government," Diamond told the cheering crowd. "We are one nation under God, baby."

Then came another of many lines that would bring the crowd to its feet: "I need for this Democrat Congress to understand that we don't need to rewrite the Constitution -- they need to reread the Constitution."

"Understand that!" Silk followed up, as the crowd roared with a sustained "USA" chant.

"And here is what I don't understand," Diamond came back.

"What don't you understand?" Silk asked.

Then, together: "I have a problem with that."

Senate Democrats on Monday blocked a Republican bill that would have threatened prison time for doctors who don't try saving the life of infants born alive during failed abortions, leading conservatives to wonder openly whether Democrats were embracing "infanticide" to appeal to left-wing voters.

All prominent Democratic 2020 presidential hopefuls in the Senate voted down the measure, including Bernie Sanders of Vermont, Kamala Harris of California, Cory Booker of New Jersey, Kirsten Gillibrand of New York, Amy Klobuchar of Minnesota and Elizabeth Warren of Massachusetts. The final vote was 53-44 to end Democratic delaying tactics -- seven votes short of the 60 needed.

Another area of focus for the Democratic Party that seemed to peeve the two commentators: the multiple investigations into alleged, but still unproven, improper Russia collusion by the Trump team.

"If you cared about democracy, you would have accepted the outcome of this election," Diamond said. ("That's right. Woo!" Silk said as the audience again cheered.)

"You preach it, girl," someone shouted from the audience. Later, an audience member interrupted the two to insert the word "sucks," loudly, after Diamond mentioned the word "socialism."

"They only smear who they fear."

Next on the agenda: taking on two leading Democratic presidential candidates -- U.S. Sens. Kamala Harris of California and Elizabeth Warren of Massachusetts -- who have said they support reparations for black Americans affected by slavery, reflecting a shift in the importance of race and identity issues within the party.

"And to Kamala Harris and Elizabeth Warren -- you can keep your reparations. You don't get to buy my silence," Diamond said. "We will never let the Democrat Party to forget that they are the party of Jim Crow. They are the party of segregation. Never let 'em forget it."

"We don't let 'em forget it," Silk said multiple times in response, to continuous applause. "We want the ingredients to make our own cake," Diamond added.

Regarding fake hate crime hoaxes, Diamond and Silk had a simple message: "When they try to play the race card, I want you all to stand up and play the Trump card so that we can win!”

Separately, the two implicitly slammed Minnesota Democratic Rep. Ilhan Omar, who has repeatedly derided Israel's influence in the U.S. with what even Democrats called anti-Semitic attacks.

"Listen, we're not governed by sharia law, we're governed by constitutional law. ... We stand with Israel, and you need to know that," Diamond said. (Silk: "Understand that! No sharia law! None of that!")

After deriding Democrats as cynical political opportunists -- "they only smear who they fear" -- the duo's speech concluded on a patriotic and seemingly agreeable note.

"America is the greatest country on earth," Diamond said.